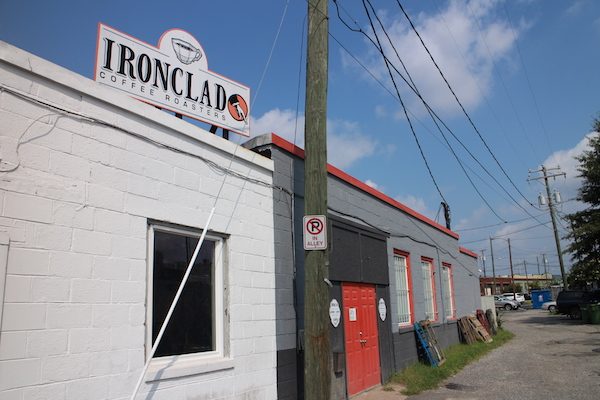 Ironclad Coffee Roasters is leaving its location near the intersection of West Moore Street and North Boulevard. (Mike Platania)

With a new cafe up and running in the Bottom and its production volume rising, a local coffee company is headed outside the city for more room to roast.

Ironclad Coffee Roasters is moving its roasting operation from Scott’s Addition to 2830 Ackley Ave. in Henrico. The move comes a few months after it opened a cafe in the old firehouse at 1805 E. Grace St.

Ironclad is taking 2,500 square feet in the Ackley Business Park, which will more than double the size of its current roasting operation at 2904 W. Moore St.

Ryan O’Rourke, who co-owns the business with his wife Kelly, said the new space is both bigger and better suited for Ironclad’s needs. 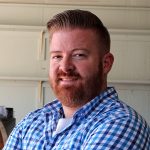 “The climate-control aspect of the new place is much improved … (A roastery) needs to be pretty well climate-controlled. As a rule of thumb, if it’s comfortable for human beings, it’s good for raw coffee,” O’Rourke said.

The O’Rourkes founded Ironclad in 2016 in the Scott’s Addition space, which it shares with Moore Street Cafe.

“Scott’s Addition’s nice and we’ve liked being there, but with (the Shockoe Bottom cafe) as our everyday, public face for people to come check out what we’re all about, being in Scott’s Addition doesn’t matter nearly as much,” O’Rourke said.

He said the eight-person company is roasting about 50,000 pounds of coffee per year. He expects that number to jump once they’re in the new space, which is planned for October.

While the new roasting facility won’t have a full coffee bar, it will sell bags of coffee and feature an event space. 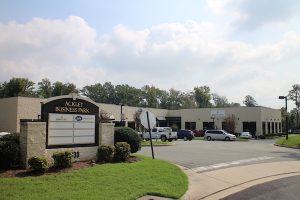 The coffee company is doubling its roasting space with a space in Henrico. (Mike Platania)

“We’ll have a retail space there and we’ll be able to host tastings, workshops and classes … things like teaching people how to brew better coffee at home,” O’Rourke said.

Ironclad also recently was joined by a new neighbor in its Shockoe Bottom building, as local branding agency Release the Hounds moved into office space above the cafe.