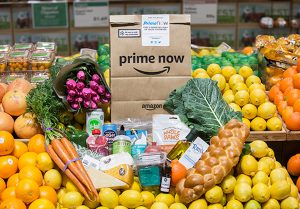 Publix opened its Williamsburg location at 4660 Monticello Ave. on Oct. 17. 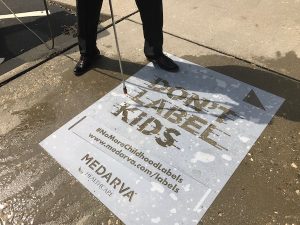 MEDARVA Healthcare launched a program aiming to educate about the impacts harmful labels can have on area youth.

The VCU School of Nursing received a $2.1 million grant to study cognitive decline during chemotherapy.

MEDARVA Healthcare launched “Don’t Let Anyone Label Your Child, a program aiming to educate about the impacts harmful labels can have on the city’s children and youth. MEDARVA used “clean graffiti”, or stenciling using a power washer at six intersections throughout Richmond.

Stone Brewing Co. announced it will hold a homebrewing competition with the American Homebrewers Association at its Richmond location at 4300 Williamsburg Ave. on Nov. 17. 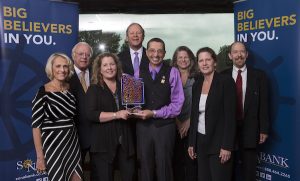 Sonabank has been recognized as a top intermediate lender in the Richmond region.

HHHunt has been named among the top 100 adoption-friendly workplaces in the United States and first within the real estate industry by the Dave Thomas Foundation for Adoption.

Sonabank was recognized by the U.S. Small Business Administration as its top intermediate lender for banks with between $500 million to $3 billion in assets, in the SBA’s Richmond district. 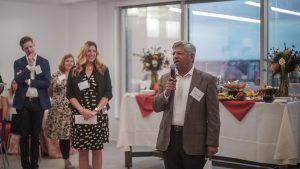 ICF hosted an event to unveil its new workspace in the Riverfront Plaza.

ICF hosted “Views and Brews with ICF” to unveil its new workspace in the Riverfront Plaza at 901 E. Byrd St. downtown.

The Richmond Fisher House, which provides housing to military and veteran families, broke ground on a second home at the McGuire VA Medical Center in Richmond.