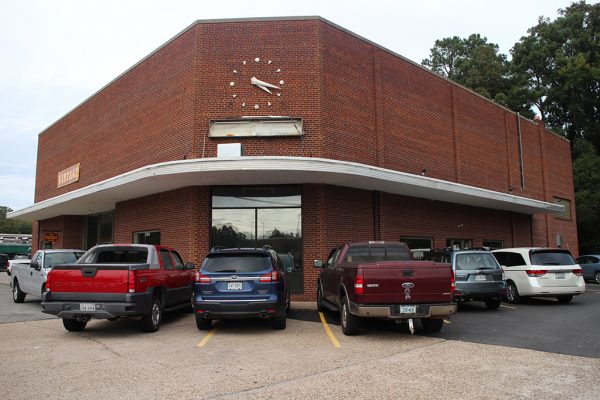 Westover Station is still awaiting its new signage, but it is open for business. Photo by Charlotte Woods.

A Southside café chain has split in two.

The founders of Café Zata have separated ownership of their two locations, with John Cherenzia and wife Joanna Lee keeping the Manchester location, and Ben Spencer taking the Forest Hill outpost and rebranding it as Westover Station.

Spokesman Eric Fischer said the separation of ownership was made official Oct. 5.

“We consider Zata as a sister restaurant, but John and Ben have decided to take each location in their own direction,” Fischer said, adding that the two sides parted amicably.

Spencer and John Cherenzia first launched Café Zata at 5047 Forest Hill Ave. in 2010. The gathering place initially was tucked away in the back portion of the building before expanding to the front around 2013. 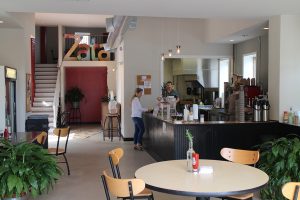 Cafe Zata in Manchester retains its cafe vibes while also having meeting space upstairs and a patio outside.

In summer 2017, they expanded with the addition of the Manchester location at 700 Bainbridge St.

“The ownership decided to take this location in a different direction,” Fischer said. “He’s treating this less as a cafe and more as a gathering place for people to meet and come together as a community.”

That’s in addition to the name change, which Fischer said stems from Spencer’s appreciation for the Westover Hills neighborhood in which his business resides.

The Cherenzias confirmed the deal includes them making a buyout for an amount to be finalized.

“They will begin to focus more on night and weekend events, while we are focusing a little more on breakfast, lunch and daytime,” Joanna Cherenzia said. “We’ve got similar goals and different names.”

They, too, are planning changes for their location now that they’re in control.

That includes switching from Blanchard’s Coffee to Iron Clad Coffee, expanding hours to 6 p.m., obtaining an ABC license to serve alcohol and planning events in the Manchester location.

“We are still in our infancy of where we hope it will go with hours and events in the long term,” Joanna Cherenzia said.

Will wundas never cease …… Cafe Zata , aka Taza was my Go to lace years back as my church aligned with them to have a coffee hour after service . This place was where I was formerly invited to become a part of the miniatures exhibition at Lewis Ginter botanical during the holiday fest of lights . BOTH John and Ben have been wonderful to me and helped my career as an artist really something special