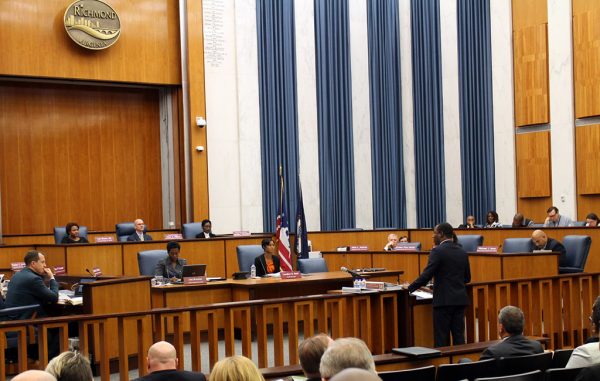 Investments in sports tourism and increases in local sales tax receipts are among the areas that local governments say paid off last fiscal year in the form of budget surpluses.

With no budget deficits to speak of among the region’s most populous localities at the close of FY2018, which ended June 30, area governments are tallying up their excess revenues and allocating them according to their respective policies, attributing the gains to increased tourism revenues and the strengthened economy.

Henrico County had the biggest surplus with $26.8 million in revenues over expenditures, a result that county administrators attribute to tourism in particular – and sports tourism specifically – as well as related areas such as revenues from meals, sales and lodging taxes.

In the 2017 calendar year, the county raked in $915.9 million in domestic traveler spending – an increase of 4.1 percent over the previous year – according to a study by the U.S. Travel Association for Virginia Tourism Corp. The total put Henrico fifth in the state for tourism revenue that year, behind Arlington, Fairfax and Loudon counties, and the city of Virginia Beach.

Brandon Hinton, Henrico’s deputy county manager for administration, attributed the results to the county’s investments in parks and other sports tourism projects included in its $420 million bond referendum approved in 2016.

The county opened its newest park, the $20 million Glover Park, in Glen Allen this year, and the $19 million, 99-acre Taylor Park in Sandston is on the horizon. Other projects include an indoor sports facility that Hinton said the county is looking to establish through a public-private partnership.

With a year-end surplus a sign of positive fiscal management, as opposed to a deficit in which revenues do not cover expenditures, Hinton said Henrico puts its annual surplus into its overall fund balance, part of which is reserved as a “rainy day” fund for emergencies and disasters, and part of which could go toward capital projects and one-time expenses in future budgets.

“Every year, we have a surplus. Even when years were bad, we always have a surplus year-end. That’s just good fiscal management,” Hinton said, adding that it also helps maintain the county’s Triple-AAA credit rating with bond agencies.

Of this latest budget surplus, Hinton said, “Tourism is driving this, and for us, that’s incredibly important – that we’re seeing this kind of success with the intentional efforts we’ve put forward, and it’s translating as expected to our bottom line.”

Across the river, Chesterfield County is expecting to have a surplus of between $10 million and $12 million from its $1.37 billion FY18 budget, according to unaudited numbers that have yet to be finalized. 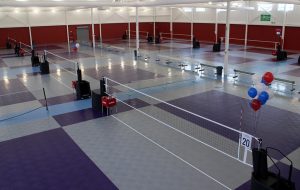 Sixty-two sports events hosted in Chesterfield contributed to those numbers, including 14 new events at facilities such as River City Sportsplex, which the county purchased in late 2016. Other facilities include the Richmond Volleyball Club’s new facility in Stonebridge that opened this year.

Of Chesterfield’s surplus, Harris said the funds would be added to reserves for areas such as tourism, economic development and transportation. Harris said such reserves made it possible for the county to purchase River City Sportsplex, which now is producing returns – about $100,000 of last year’s surplus, he said.

“A lot of these things that are paying dividends for the county have been made possible by this practice of setting aside year-end surplus dollars,” Harris said. “There’s no spending spree at the end of the year. We’re very diligent about setting those dollars aside and earmarking them so that we have those funds whenever that day might come.”

Harris said other contributors to the surplus included about $750,000 in sales tax revenue that exceeded budget estimates, and upwards of $1.25 million in over-budget lodging tax revenue.

The City of Richmond reported a surplus of between $5.1 million and just over $7 million, based on unaudited numbers presented to City Council members this week.

Of that amount, about $263,000 remains available for council to allocate for desired one-time expenses.

Should agreements not be reached for how to use the funds, the $263,000 would be put into the city’s employee compensation fund.

Sumner said the funds will be put toward capital projects for county government and schools, and helped Hanover avoid having to pull from its fund reserves to balance last year’s $440.5 million budget.

“We had budgeted to use about $7.6 million in fund balance, and we ended up not having to use any of that, because of our expenditure savings and our additional revenue,” he said. “We added about $340,000 to the fund balance this year, so instead of using it, we added to it, which is a good thing.”

Sumner said that brings Hanover’s fund balance to $8.6 million heading into the next fiscal year budget, planning for which is underway throughout the region.

I’m glad to see all this prosperity on the local level. Since it’s all from tax revenue is there any thought to return the money to the taxpayers?