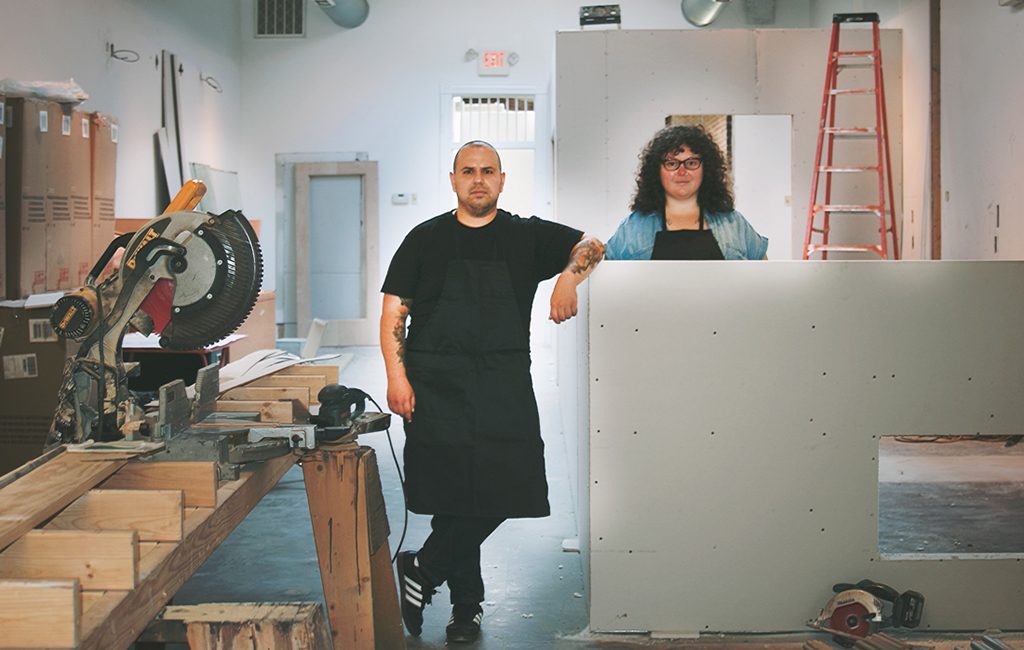 Two years after opening its first location downtown, a local ice cream purveyor is serving up a second scoop on the Southside.

The owners of Charm School Social Club have signed on for a new shop in a mixed-use development planned at 4910, 4920, and 4930 Forrest Hill Ave.

“Things that are opening there are doing really well and people are happy to have options on that side of the river,” said Meryl Hillerson, who opened the original Charm School at 311 W. Broad St. in 2016 with co-owner Alex Zavaleta.

“You could look at Little Nickel, Laura Lee’s and Galley,” she said, referring to some of the newer restaurants around Forest Hill. “Those are owned by really successful Richmond people. If they believe in it, there’s no reason we shouldn’t be able to follow suit.” 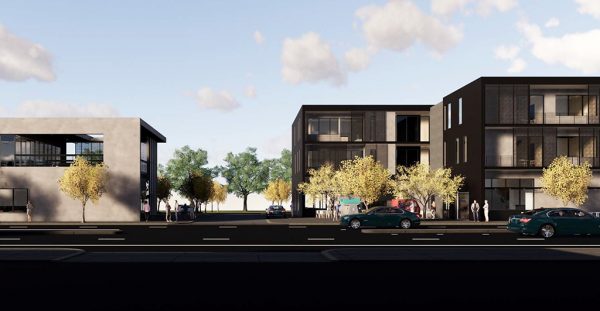 A rendering of the new design of the planning development on Forest Hill Ave. Rendering by Fultz & Singh Architects.

Developers Birck Turnbull and Charles Bice are behind the project, which will feature two buildings with around 14,000 square feet of commercial space and about 16 apartments. The buildings will be connected by an outdoor plaza.

That’s a departure from the project’s original design, which envisioned a single three-story building with 38 apartments on the upper two levels above 12,000 square of retail space.

The developers also have signed The Veil Brewing Co., which is planning a taproom as a Southside complement to its brewery in Scott’s Addition.

Charm School is taking 750 square feet at the northwest corner of the westernmost building in the development.

The new shop will be dubbed Charm School Study Hall. Hillerson and Zavaleta say customers can expect the same aesthetic as their Broad Street location.

While Social Club has late hours and communal seating, Study Hall will have a smaller store, with outdoor seating and a small storefront where you can see the activity inside.

“We wanted to be able to differentiate the two,” Zavaleta said. “So you could be like, ‘Do you want Social Club or do you want Study Hall?’ It’s also a different experience.” 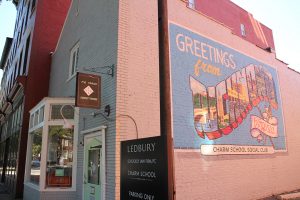 The general contractor on the project is Ben Adamson, owner of Corinthian Construction. Fultz & Singh Architects are handling the design.

Fultz & Singh’s Ryan Patterson said that plans are being submitted for city approval, then his team will dive into the details of the interior space. The project is anticipated to be completed sometime in 2019.

“It will act as an amenity for the residences, but it also serves the community, too,” Patterson said of Study Hall.

Zavaleta and Hillerson said their Broad Street landlord, Ted Ukrop, connected them to Turnbull and Bice.

“He kind of poked us about eight or so months back and said, ‘Are you guys thinking about expanding? I might have a good connection for you,’” Hillerson said.

What is up with the design change and exterior building material. What is the exterior material black wall board??? It is no longer brick and I am sure it is not marble. Glad to know they decided to pull a bait and switch. Looks like a bad Innsbrook 1990s office building.