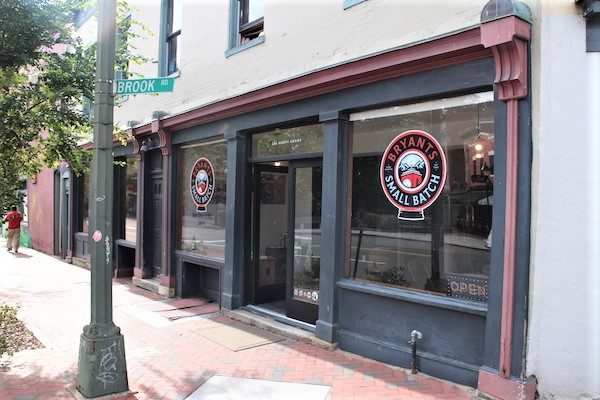 The latest addition to the local booze scene has been tapped in Jackson Ward. 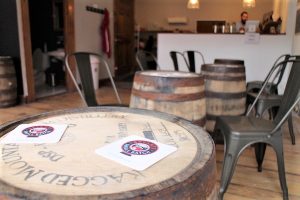 Bryant’s taproom has seating for about 12. (Mike Platania)

The tasting room has cider available by the 12-ounce glass and flight, with limited-run bottles available for sale as well. The space, which formerly was occupied by ad agencies Odd Group and A For Adventure, has seating for about a dozen.

Bryant’s is not doing any cider production onsite in Jackson Ward, as all of its cider is made at its Roseland farm, where many of the apples it uses are grown. Owner and cidermaster Jerry Thornton said many of its ciders are barrel-aged and naturally carbonated.

For the opening, Bryant’s is rolling out three new variants: a cold brew coffee-infused cider made with Lamplighter Coffee Roasters’ beans, a bourbon and peach cider, and a pumpkin spice cider. 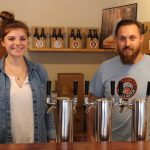 Thornton said they’re still figuring out the exact hours, but the taproom likely will be open 2 p.m. to 8 p.m. Wednesday through Sunday and closed Mondays and Tuesdays.

Bryant’s is the second cidery to open in the city this year, joining Courthouse Creek Cider, which opened in July at The Highpoint in Scott’s Addition.

Meanwhile, Hardywood Park Craft Brewery is looking to dip into the cider-making world. Hardywood is preparing to launch West Creek Cider Co., the full details of which haven’t yet been announced.