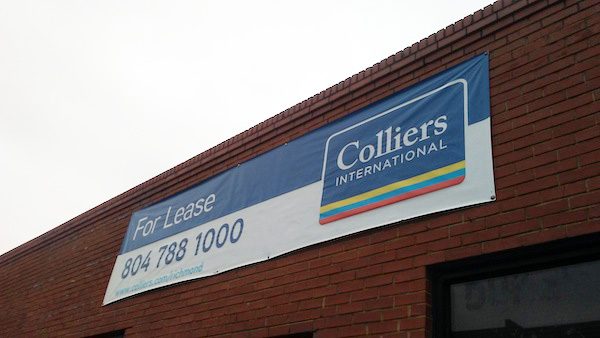 A Colliers banner in Richmond.

In a shakeup to the Richmond commercial real estate scene, a group of local brokers who recently said they’re cutting ties with their longtime corporate flag announced Monday they’re joining up with another big-name brand.

Colliers International said Monday afternoon it is acquiring a majority interest of the group that is currently the statewide CBRE affiliate, including its operations in Richmond.

The group, which currently operates as CB Richard Ellis of Virginia, had previously said it was breaking away from CBRE after 18 years as an affiliate, but had not said where it was headed next. That group includes CBRE | Richmond as well as operations in Charlottesville, Hampton Roads and Fredericksburg.

Scott Adams, who is president of the CBRE Virginia group and will continue as president of the newly formed Colliers International | Virginia, said the deal includes bringing over the CB group’s 340 employees from across the state. That includes 75 brokers, about 30 of which are in Richmond.

Those operations will be branded as Colliers International | Virginia once folded into Colliers, as expected by January 2019 to coincide with the termination of the group’s affiliation with CBRE on Dec. 31.

The future of the existing local Colliers franchise, which is known colloquially as Harrison & Bates and has carried the flag as Colliers International | Richmond since 2012, is not quite as clear.

The parent company said in its release Monday that the existing Richmond Colliers affiliate will “continue to retain equity in the business under the unique Colliers partnership model.”

In a subsequent email to BizSense, Colliers CFO John Friedrichsen said: “We will be working with our current affiliate to transition out of the Colliers brand, while seeking to accommodate those professionals and support staff who have an interest in working with our new operation.

“This process and the closing of our new acquisition will take place over several weeks leading into early 2019,” he added.

Colliers corporate officials could not be reached by Monday evening to provide further explanation of that model.

David Williams, president and CEO of the existing Colliers franchise, said in a prepared statement Monday that, “This relationship (with Colliers) has been mutually productive for all involved, especially our clients, providing them with the best combination of professionalism and performance.

“Harrison & Bates will continue its 100-year-plus tradition – promoting the best interest of its clients and employees – as it has since its inception.”

Adams said his group has not yet considered whether to approach the existing Colliers ranks in Richmond about joining his new operation.

Adams said the new Colliers deal includes maintaining his firm’s local market heads in each part of the state. Locally, that means Joe Marchetti, who has run CBRE | Richmond, will run the new Colliers Richmond outpost.

Adams said the move away from CBRE was prompted by a change from the parent in its move away from affiliate branches and toward corporate-owned offices.

“For several years we’ve been evaluating what’s next,” Adams said. “The CBRE corporation has changed over the years and has made a top-level decision to not have affiliate offices that have any degree of autonomy or local decision making.”

“That wasn’t something we expected, but once they made it clear, we knew we needed to be looking for a new national relationship because we thought that was in the best interest of our employees and clients.”

Adams said his firm did have a few more years left on its agreement with CBRE, but both sides agreed to mutually end the relationship Dec. 31.

He said his group spoke with a number of other brokerages and found that there is a trend across the industry toward doing away with affiliate offices.

They ultimately struck a deal with Colliers, as it allowed the existing owners of CB Richard Ellis of Virginia to retain ownership of their firm, albeit a minority interest.

The terms of the deal, including the percent ownership, were not disclosed.

“We will be a corporate office of Colliers, even though we will have significant local ownership,” Adams said.

The deal also doesn’t mean the end of the CBRE brand in Richmond or elsewhere in Virginia.

CBRE corporate announced last week it is on the hunt for new talent across the state, including leaders for the respective markets in the commonwealth, to work for a new corporate-owned Virginia operation.