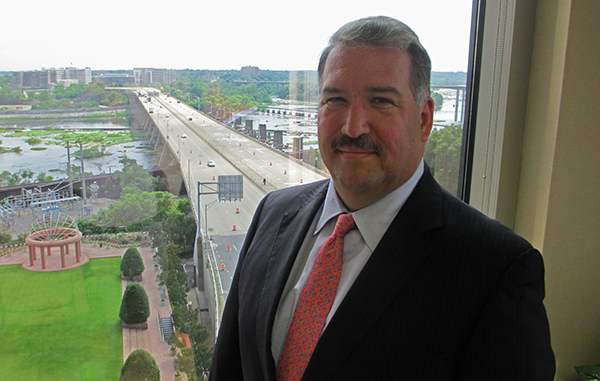 Barry Matherly will step down at the end of this year. (BizDen file photo)

A couple of high-level departures announced in recent weeks are set to add to a transition in economic development leadership occurring locally and across the state.

One week after Henrico EDA director Gary McLaren announced he will retire in February, regional economic development group Greater Richmond Partnership announced that Barry Matherly, its CEO since 2015, will step down at the end of this year to lead a new regional group being formed in Detroit.

The departures add to a changing of the guard that has been ongoing locally in recent years. Hanover County got a new economic development director last year, when Linwood Thomas was appointed to replace Edwin Gaskin, who resigned after a five-year stint.

The City of Richmond is advertising for its next director, with deputy director Jane Ferrara leading the department that’s overseen by former director Lee Downey, now a deputy chief administrative officer with the city.

Matherly, who replaced longtime GRP leader Greg Wingfield when he retired in 2015, pointed as well to leadership changes in other parts of the state, with Hampton Roads and Virginia Beach naming new directors in recent months, the Fairfax EDA’s director retiring at year-end and Prince William County’s director likewise retiring.

“You’ve got the largest city in the state, three of the largest counties in Henrico, Prince William and Fairfax, and then the two largest regions in Hampton Roads and Richmond, so it’s a big transition for not only the Richmond region but Virginia as a whole,” Matherly said.

“I think it’s always good to always have some new blood and new ideas in the state, so I think those retirements will also bring new opportunity for new ideas,” he said. “Mine was just a one-off deal where I wasn’t looking to go anywhere, but the thought of creating a brand new region in Detroit of such scale was just something that I was very interested in doing.”

Matherly was recruited to head a new group set to represent the Detroit region starting early next year. He said he was headhunted for the group, which is being co-created by the Detroit Regional Chamber.

Jennifer Wakefield, who joined GRP a year ago as senior vice president of marketing, will serve as interim CEO when Matherly leaves Dec. 31. She said the GRP’s board of directors has formed a committee that will search nationally for a permanent replacement.

Wakefield noted the change follows last year’s appointment of Stephen Moret as CEO of Virginia Economic Development Partnership. Having gone through comparable transitions at her last job in Orlando, Wakefield said the leadership changes should not be considered a cause for concern.

“It’s a transition point for the state,” she said. “Stephen Moret has been here for about a year and a half or so, so we have new leadership within the state, and a few of the regions and localities. It’s an opportunity to look at how we’ve been doing things and what we may be able to fine-tune going forward.”

Matherly is credited with leading GRP in $1 billion in wealth creation, $643 million in new wages and nearly 11,000 new jobs, according to a statement from GRP board chairman Buck Stinson. 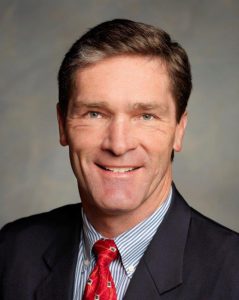 McLaren, who has led the Henrico EDA since 2009, oversaw the agency as it announced 12,000 new and retained jobs, and more than $3.5 billion in capital investment in that time. Last year, the agency generated 92 new projects and $30 million in net new wages.

McLaren, who previously worked at VEDP and as director of Chesterfield County’s economic development department, is credited with helping to bring Facebook to Henrico’s White Oak Technology Park, where the social media giant is expanding its data center. He also is credited with attracting Anord Control System, Teleperformance and Polykon Manufacturing to the county.

With such success stories, McLaren said a challenge facing Henrico and the region is a lack of available space and sites to attract more businesses – a point that GRP and Matherly have likewise highlighted.

“There’s not a lot out there today,” McLaren said. “Because we’ve been successful lately, a lot of our buildings and a lot of our industrial sites have been taken. We’ve got about 1,000 acres left in White Oak tech park, but if that will be there five years from now, I’ll be very surprised.

“The challenge is putting more industrial space on the market, as well as making sure that we’ve got space for commercial,” he said. “The county is all but built out in the west end from a commercial standpoint, so we’ve got to begin to do some infill and we’ve got to look east if we’re going to hope to continue to grow tax base.”

As for the changing face of economic development in the region, McLaren said he has faith in the next crop of leaders that will take his and others’ places in coming months.

“There is a bit of a changing of the guard, but that means there is an opportunity for younger people to step in and step up,” McLaren said. “I have no doubt that they will. There’s a lot of talent out there. Maybe they don’t have the experience some of us old guys do, but they’ll get it.”

We are going to miss these two very talented economic development professionals, and wish them the best!

I hope they are able to recruit folks from successful up-and-coming cities like Austin, Raleigh, Nashville, Charlotte, etc. so that they might implement here what made those cities successful.

Not that having a fresh look ever hurts in this type of work, but when Richmond keeps getting kudos from all around about being one of those same up and coming cities and big cities looking to solve big problem, like Detroit, start pulling from us I think we can also look at who has helped these people be successful.