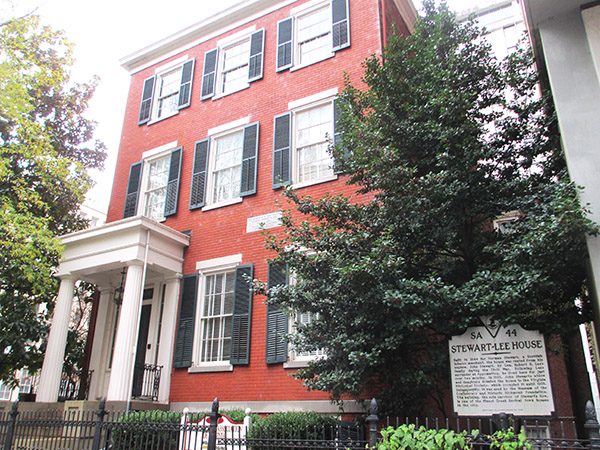 A historic house in downtown Richmond that for years had been home to a state homebuilders lobby is now in the hands of another advocacy group.

The group paid $808,000 for the 174-year-old building previously owned by the Home Builders Association of Virginia. The deal closed Nov. 19, according to Fred Plaisted, who represented The Family Foundation in the transaction with fellow Commonwealth Commercial agent Eliza Izard.

The sale, first reported by the Times-Dispatch, comes in considerably lower than the building’s $1.2 million list price. The three-story, 9,700-square-foot building was valued at $1.24 million in the latest city assessment.

Craig Toalson, HBAV’s CEO since last year, when he moved up from the Home Builders Association of Richmond to succeed his father in the state post, would not comment on why the group accepted the lower sale price. He said the building, which HBAV purchased in 2001 for $350,000, was more space than the group needed for its four full-time employees.

“When we bought it, we bought it in the boom of the housing market. We had over 6,000 members at the time and much more staff than we do now. Now, we’re 3,200 members,” Toalson said.

“Just like the housing market recovery never fully rebounded, our association is just in a different position than we were then,” he said. “It was just too much space, and it was time for somebody else to become the steward of the historic property.”

HBAV has moved its offices to Three James Center, where Toalson said it has signed a multiyear lease for 2,200 square feet on the 14th floor. The group is temporarily on the sixth floor until that space becomes available in the first half of next year.

The James Center space is a fraction of the 9,700-square-foot Stewart-Lee House, which HBAV managed and leased to two tenants: Campbell & Paris Engineers and Virginia Community Action Partnership. Toalson said those leases transferred in the sale.

Plaisted said the building had been under contract to another buyer but that transaction never materialized. He said The Family Foundation is set to move into the house in the first or second quarter next year.

Foundation President Victoria Cobb, who was traveling Monday, said in a statement that the building’s proximity to the Capitol was a priority for the group, which currently rents about 5,000 square feet in SunTrust Center. The nonprofit, which focuses on pro-life, pro-family and pro-faith issues, has eight employees.

“We are thrilled to be able to purchase a historic Richmond property that can serve as our new offices while being convenient to the state capitol,” Cobb said in an email, adding that plans include restoring and preserving the house.

“After renting space in the SunTrust Center for nearly a decade and other office space prior to that, purchasing this property ensures that The Family Foundation will continue to be able to advocate for families in Virginia for years to come,” Cobb said.

Built in 1844, the Stewart-Lee House was a residence of Confederate Gen. Robert E. Lee’s family during and after the Civil War. It later was donated to the Virginia Historical Society, which occupied the Greek-Revival building from 1893 to 1958. The Museum of the Confederacy, now the American Civil War Museum, and Historic Richmond Foundation also used the building, which served for a time as Traveller’s restaurant.

The building is the latest former 19th-century residence to trade hands along Franklin Street this year. In June, the Junior League of Richmond sold the Mayo-Carter House at 205 W. Franklin St. to real estate firm Metro Properties for $1.12 million.

I’d imagine The Family Foundation is buying now to save money, since their support is drying up after years of having less and less success in The General Assembly.

Knowing the history and portfolio of The Family Foundation, and the strident advocacy of Ms Cobb, one has to wonder how big a part the history of the building played into the purchase.

Congrats to the Homebuilders for downsizing and concentrating resources on their core mission of representing the building industry in the Commonwealth. Stewart-Lee was a cool place for a social gathering but not a particularly attractive office setting anymore. It needs lots of work.

Bruce, rather than argue your last point, let’s agree that beauty is in the eye of the beholder.