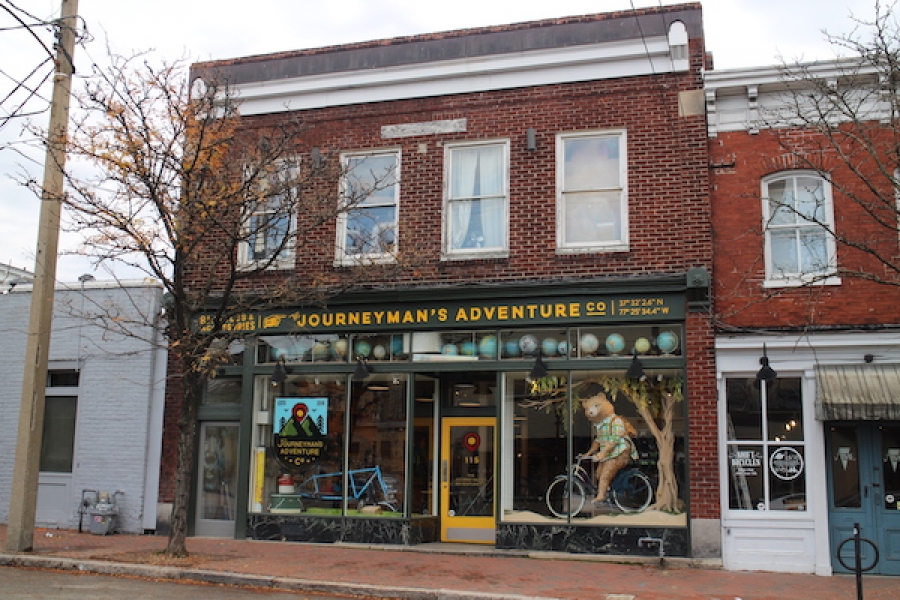 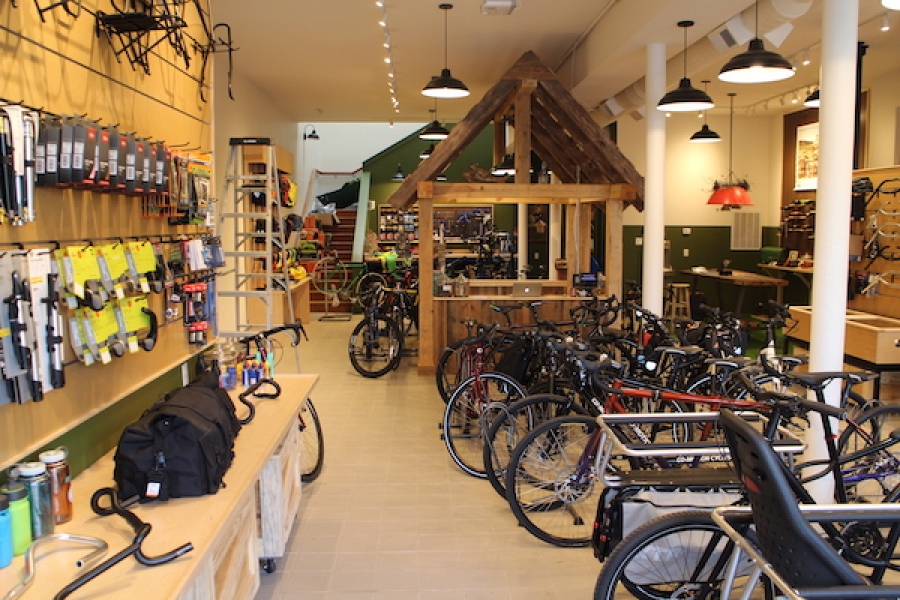 The bike shop was built with a mini-ranger station in the center. 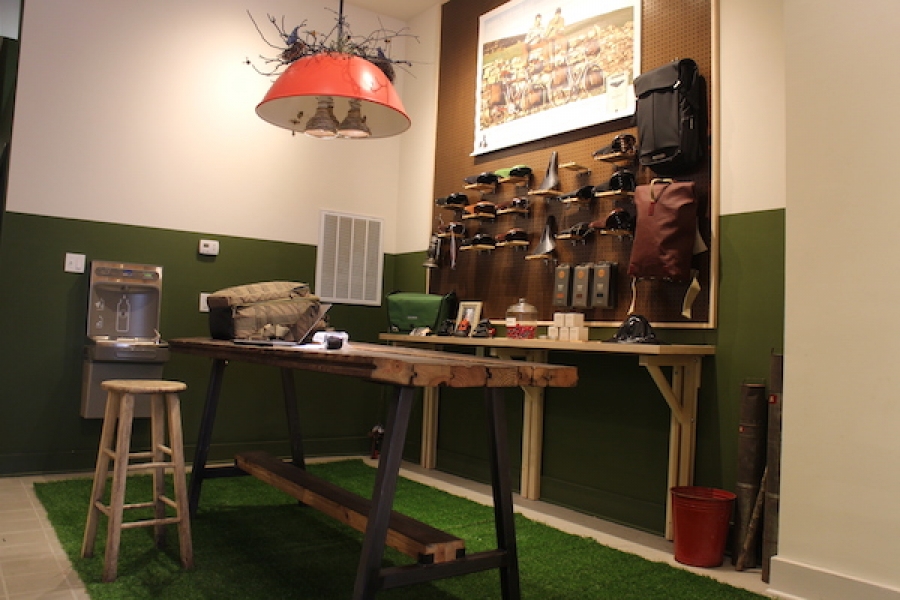 The shop replaces Shift Bikes, which was open since 2016.

The reinvention of a downtown bike shop is complete.

The shop is a new concept from Glenn Amey, who ran Shift Bicycles next door at 113 N. 18th St. since 2016, before closing it in favor of Journeyman’s.

Stocked with plenty of racks, bike bags and high-end saddles, the new store focuses on gear designed for long-distance riding, commuting and bikepacking. Shift had specialized in serving commuters, families and tandem riders.

With a counter that looks like a park ranger station and a bear sculpture on a bike, Amey said he wants Journeyman’s to look and feel different from other bike shops.

“We really wanted to bring the feeling of the outside, inside,” Amey said. “I think we nailed it.” 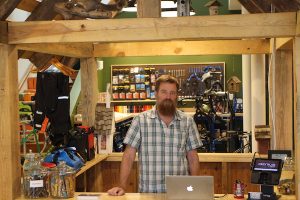 The shop also has a repair area.

Amey’s own bike journeys have included rides throughout Italy, across America and the length of the Blue Ridge Parkway. He will use his ability to offer advice to those interested in distance riding as a selling point.

Amey owns both Journeyman’s and the former Shift buildings. He said he’s unsure of what the future of the 600-square-foot Shift space will be.

I stopped in for the grand opening Saturday. This is a very cool shop, especially if you are into commuting by bike. Glenn was very helpful and personable with everyone who came by. I highly recommend checking it out.