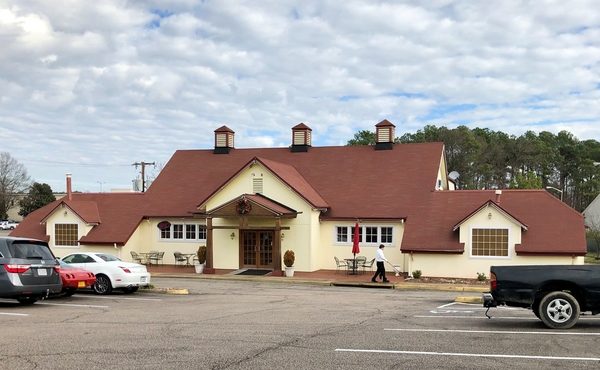 Nanking Restaurant at 7408 W. Broad St. in Henrico, is set to close and a Rio Car Wash will rise on the site. (Photos by J. Elias O’Neal)

A local Asian restaurant is preparing for its last call after more than a decade in business, as a regional chain is planning to wipe the property clean for a new use.

Nanking Restaurant at 7408 W. Broad St. is set to close and make way for a Rio Car Wash location.

Nanking owner Ben Luu, who also owns the restaurant’s real estate, would not say when he plans to shutter the business but did say he has no plans to reopen it elsewhere. The restaurant remains open in the interim.

Jeff Small, owner of Rio Car Wash, said his company has the nearly 2-acre property under contract for an undisclosed amount. He said they could close on the deal in February, but wouldn’t say when the car wash would open. 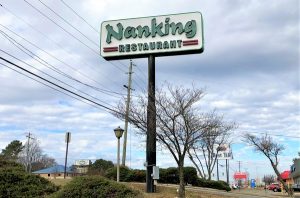 The site, which includes the 8,700-square-foot restaurant building, most recently was assessed by the county for $1.2 million.

Nanking opened in 2006, and it serves Chinese and Vietnamese dishes for lunch and dinner service.

The pending deal ends the Broad Street site’s long run as a restaurant property. Since being built in 1971, it has been home to Aberdeen Barn Co., the Red River Rib Co. and Awful Arthur’s, according to county records.

The county planning commission approved a rezoning for the site in October 2018 to a commercial use to allow for construction of a car wash.

Once the Nanking building is demolished, plans call for the construction of a one-story, 6,500-square-foot wash tunnel that includes an office area, according to site plans filed with the county. The wash tunnel would be served by three pay stations and a 20-vehicle vacuum area that includes a small Zen garden.

Rio Car Wash’s entrance and exit would be via West Broad Street, with no access via Bowler Street, which sits at the rear of the property. The company would maintain a buffer between the car wash property and Bowler Street, including the construction of a new 6-foot wooden fence.

Rio Car Wash operates six locations, including two in Chesterfield County along Hull Street Road and Midlothian Turnpike, and one each in Fredericksburg and Virginia Beach.