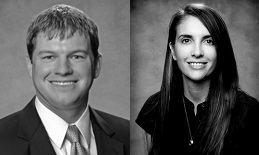 Six months after beginning his search for an “A-team” of local attorneys to join him at Whiteford Taylor & Preston’s new Richmond outpost, Vernon Inge has lured his next wave of recruits from his former firm and found permanent office space for his growing group downtown.

Their first day at Whiteford Taylor was Monday and their arrival brings the firm’s local headcount to 10. Inge first made the jump last July after 23 years at LeClairRyan. He brought with him Corey Booker, who had been there since 2006.

Inge said the firm also has signed on to lease the entire 17th floor at Two James Center downtown, after initially working out of temporary space in the SunTrust Center.

“The plan was to get the A-team of lawyers together and this certainly does that,” he said. “Frankly, this is faster than I thought we’d be able to grow. Now we’ve leased an entire floor in James Center, so we still have growing to do.”

Hill and Selbach bring over their respective real estate and corporate transactional practices. Hill had been with LeClair since 1998 and Selbach since 2009. Both received their law degrees from University of Richmond law school.

The Richmond office was Whiteford Taylor’s 16th location and its third in Virginia, joining outposts in Northern Virginia and Roanoke. The firm was founded in the 1930s and largely represents business clients. It has more than 170 attorneys firmwide.

As for the move to James Center, Inge said they hope to have the 17th floor space ready by the summer.

The space gives Whiteford enough room to stretch out to what Inge envisions as no more than 18-20 attorneys over time.

In explaining his sales pitch as he recruits attorneys to follow him, Inge said, “It’s a really strong firm and the economics are really good for the lawyers. In Richmond, they do need to be entrepreneurial at heart because we’re starting a new office.”

Katja and team are the best in the business