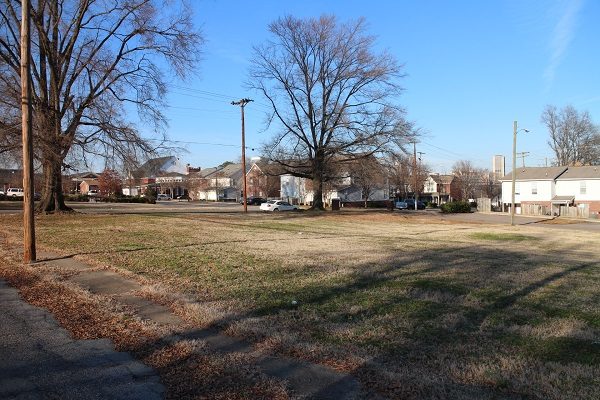 Some of the vacant land in Blackwell that RRHA is looking to have developed. (Photos by Jonathan Spiers)

Maggie Walker Community Land Trust, which has been active primarily north of the river since starting two years ago, announced last week it has received a $1 million one-time grant from tobacco giant Altria that it will use to expand activities in South Richmond, primarily in the Manchester and Blackwell areas.

The announcement was made as the land trust is competing for 96 single-family homesites in Blackwell that are being offered for sale by the Richmond Redevelopment and Housing Authority, which issued a request for proposals from developers in October.

The land trust responded with a proposal jointly submitted with fellow housing nonprofits Better Housing Coalition, Project:Homes and Richmond Metropolitan Habitat for Humanity – one of two proposals the RRHA received in response to the RFP.

Laura Lafayette, who chairs the land trust in addition to her roles as CEO of the Richmond Association of Realtors and Central Virginia Regional Multiple Listing Service, said the timing of the announcement was not meant to help its cause with the RRHA, which continues to review the two proposals that were due in mid-November. 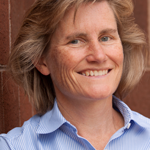 Lafayette said the grant funds would be put toward the RRHA properties if the land trust’s joint proposal is selected, but even if it’s not, she said the funds would still be used to support other efforts in Blackwell and Manchester.

“If we’re not successful and those parcels were to go to a private developer, then we think it’s even more important in some ways that we are in the community and looking to acquire parcels, either through the auction process or through the tax-delinquent direct-sale process that the city utilizes,” Lafayette said. “I’m not utilizing the decision by Altria to lobby RRHA one way or another.”

Lafayette said the Altria money was not mentioned in the response to the RFP because the grant hadn’t been finalized at that time. News of the funds could, however, improve the proposal’s standing with the RRHA and factor into its decision, said Orlando Artze, the authority’s interim CEO.

“Any funding commitment any respondent receives after an RFP is taken into consideration by RRHA,” Artze said, speaking generally because he said he is not allowed to identify RFP respondents. Artze said he and other staffers can learn of such developments through announcements and news reports that may reveal more about a developer’s financial footing than what was included in an RFP response.

“We’re not blind to this,” he said. “We’re not going to make this decision in a vacuum based on what was provided at a particular point in time.”

Artze said the authority is aiming to make its decision by mid-February.

Land trust would get 65 lots

If the joint proposal is selected, Lafayette said the plan is for the 96 lots to be divvied up among the four nonprofits, with the land trust taking 65 lots and the remainder split among the other three.

Those groups would develop their lots as income-based housing, while the land trust would develop 22 of its properties and put the rest in its Richmond Land Bank – a program for receiving properties in bulk and holding onto them until they are transferred to nonprofit developers.

The construction would result in the properties’ conversion from vacant lots earmarked for public housing to income-based homes built for private ownership. 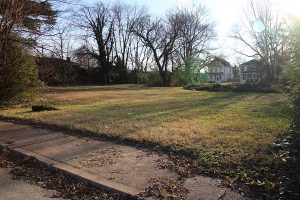 The 96 properties would add to other mixed-income detached homes and apartments that have been built in Blackwell since 1997.

The 96 properties – many of which are located in the 200 blocks of East 10th and 11th streets – would add to other mixed-income detached homes and apartments that have been built in Blackwell since 1997, when RRHA was awarded a HOPE VI grant from the U.S. Department of Housing and Urban and Development.

The federal agency provides the bulk of RRHA’s funding for various programs – a reliance that prompted RRHA to issue a statement last week expressing concerns about impacts of the partial federal government shutdown on low-income families served by the authority.

Fifty of the 96 Blackwell lots are earmarked for “affordable housing,” defined by RRHA as homes for families earning at or below 80 percent of the city’s area median income. At or below 80 percent ranges from $40,000 to $50,000 annually, Artze said. The remaining 46 lots are designated for market-rate homes.

The lots would be sold for $1 each – a sale price Artze said is intended to help developers keep prices affordable by reducing overall development costs. Artze said the lots are being put up for sale now in light of development interest in Blackwell – expected to further increase with its designation last fall as a state historic district.

Using a “pay-it-forward” approach to help homeowners build equity, the land trust leases the land for a home to an income-qualified buyer for little to no lease payments, and the buyer then only has to purchase the house.

In exchange for the reduced price, the buyer agrees to keep only half the proceeds when it is later sold, while the remaining equity stays with the house to keep it affordable for the next qualified buyer. 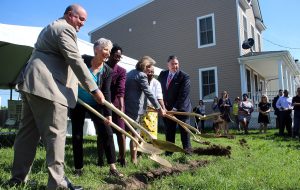 Officials broke ground on the land trust’s first house in 2017.

Formed in 2015, the land trust has developed about two dozen home sites since breaking ground on its first house in 2017. It’s sold three homes in Randolph and has another five under contract there. It has seven homes in Church Hill that have been sold or are under development, and another three homes in Barton Heights, Lafayette said.

While the Altria grant will take the land trust into the city’s Southside, the nonprofit already has extended its reach south of the river. Last month, it closed on its first property in Chesterfield County, paying $170,000 for a 1,600-square-foot vacant house at 5616 S. Melbeck Road that it plans to rehab and sell later this year to a buyer making 80 percent or less of the area median income.

With the Altria grant, the land trust has raised $2.75 million in the past year for property acquisition and development, Lafayette said. It previously was awarded a $1 million grant from The Community Foundation and a $750,000 grant from Bon Secours Health System.

This is the kind of well spent expenditure that can significantly change the course of the lives of families. Home owners take a much more serious view of the public schools and infrastructure than do renters. We need more home ownership in The City of Richmond. Thank you Altria for giving back to this worthwhile project.

And luckily for all of us Laura is running the program and not the City agency. Her passion and dedication to this model affordable housing program is incredible. It is amazing to be at state and federal housing conferences in which larger localities in metro DC, across the US, and even Canada, are in awe at our program.