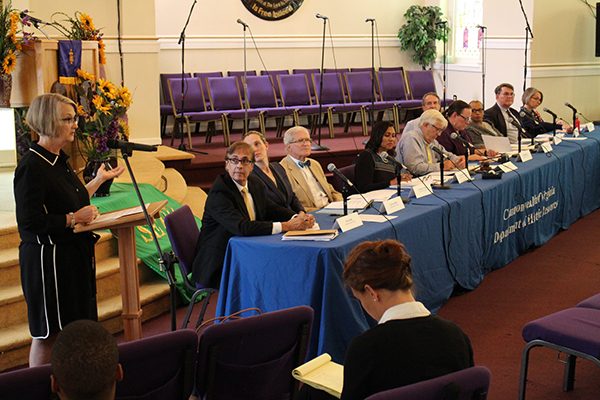 At a special meeting Wednesday that was held at an area church, the two boards for the Virginia Department of Historic Resources (DHR) approved the additions of a historic district for the Blackwell neighborhood and an expansion of an existing Manchester boundary to the Virginia Landmarks Register.

The new districts will be forwarded to the National Park Service for potential listing in the National Register of Historic Places.

The approvals add nearly 700 buildings to the state register, giving those properties added protections and making them eligible for state historic preservation tax credits, which have driven a wave of redevelopment in and around Manchester in recent years. 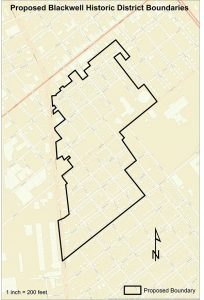 The additions were initially proposed as a single expansion to the existing Manchester district but were split up at the suggestion of the National Park Service, which said they were more likely to receive federal approval with a separate district specific to Blackwell.

That revision prompted an additional round of outreach by DHR, which had delayed the process in June in response to concerns that area residents and property owners were not aware of the initial proposal. The proposal was initiated by a request from Michael Hild and Laura Dyer Hild, whose Church Hill Ventures had been on a redevelopment streak in the area.

The delay in June prompted Michael Hild to send an email to DHR stating the delay could prevent planned investment in the area that he said may exceed $250 million. Since then, the husband-and-wife team has listed about half of their property holdings in Manchester and Blackwell for sale.

Attempts to reach Michael Hild for comment were unsuccessful Wednesday. The Hilds were not in attendance at the meeting, and an email sent to Hild afterward was not returned. 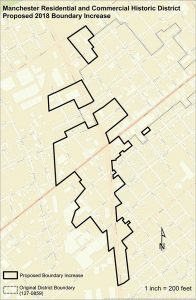 The expanded Manchester boundary adds 104 structures to that district.

Area residents who did attend Wednesday’s meeting voiced support for the new boundaries and appreciation to DHR for the increased community outreach in the past few months.

Attendees also shared concerns about rising property values and how to help existing residents not get priced out of the area. Speakers advocated for educating and providing protections for property owners who are seeing their real estate taxes rise.

Clyde Smith, chairman of the Board of Historic Resources, noted a recent proposal by City Councilwoman Kim Gray to create a real estate tax-deferral program for property owners whose assessments have gone up 10 percent in a year. He said he recently urged Mayor Levar Stoney to look into a similar program specific to Blackwell.

Adding that assessments in the neighborhood went up 19 percent last year and 14 percent the year before that, Smith said, “That would enable people to stay here. With or without this historic designation, real estate taxes are going to go up.”