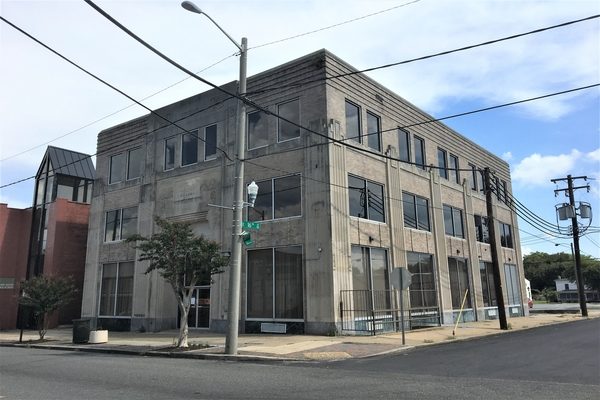 Church Hill Ventures is placing the former SunTrust Bank building at 1518 Hull St. back on the market after dropping $978,000 on the structure less than a month ago. (Michael Schwartz)

As their bid to add historic designation to more Manchester-area properties remains undecided, a local development duo that has amassed nearly 30 properties there is looking to unload a chunk of its portfolio.

Michael Hild and Laura Dyer Hild, the husband-and-wife team redeveloping several structures in and around Manchester, have listed for sale about half of their property holdings in that neighborhood and the adjacent Blackwell community.

Most of the 14 parcels up for grabs are vacant lots along prominent corridors in the neighborhoods, while some include structures that potentially could be renovated or razed for new construction.

Five of the properties are located in the 1000, 1500 and 1800 blocks of Hull Street in Manchester’s core commercial corridor, including the former SunTrust Bank branch at 1518 Hull St. that the Hilds purchased less than a month ago for about $978,000. 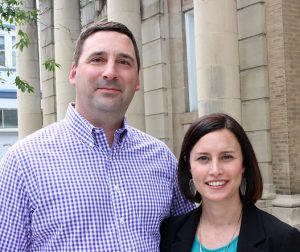 One South Commercial has a majority of the listings, while the bank building is listed with Cushman & Wakefield | Thalhimer. Agents attached to the listings would not comment on the sale.

The Hilds did not respond to multiple requests for comment about their decision to list the properties.

In all, the Hilds paid more than $1.5 million for the 14 properties listed, according to city real estate records. A city assessment put the combined value of the properties at about $1.04 million.

The Hilds’ decision to list the properties follows a recent delay in their efforts to increase historic designations in the neighborhoods, a move that would make more properties eligible for historic preservation tax credits if redeveloped.

Officials with the Virginia Department of Historic Resources decided in June to delay a decision on a proposal to broaden an existing historic district to include parts of Blackwell and nearby Swansboro — a process initiated at the Hilds’ request that received pushback from area businesses and residents.

In response to the decision, Michael Hild sent an email to DHR stating the delay could prevent planned investment in the area that he said was on track to exceed $250 million.

The department delayed the process a second time last month due to a notification error and revision to the proposal, which is now set to be heard at a special meeting Oct. 10.

Despite the potential sales, the Hilds, through their Church Hill Ventures LLC, remain among the most heavily invested developers in Manchester.

Several of the group’s other holdings remain in various stages of redevelopment, including the former Siegel’s Supermarket site at 2005 Hull St., the Butterbean Market and Cafe at 1204 Hull St., and the Dogtown Brewing Co. facility in the former Thalhimers department store at 1209 Hull St.

My grandfather’s office for his law practice was on the top floor of this building for years….would love to see it!

I wonder if this as to do with the multiple contractors and subcontractors suing them and each other over non-payment of services. This sounds a lot like a “fire sale” to keep back the creditors and lenders.