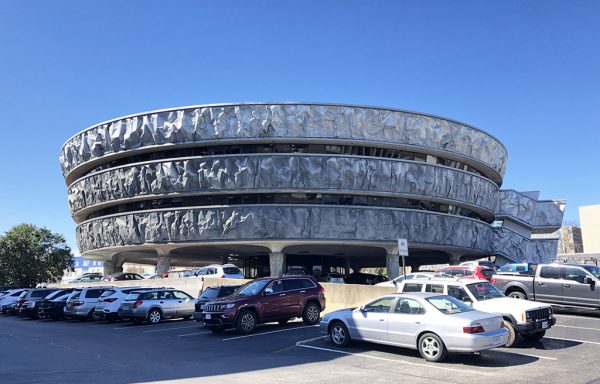 A local insurance agency is under new ownership for the second time in its 150-year history, this time aligning with the insurance arm of a growing regional bank.

Straus Itzkowitz & LeCompte, an agency based near Willow Lawn, was acquired earlier this year by Towne Insurance, an arm of Hampton Roads-based TowneBank.

Financial specifics of the deal were not disclosed, other than the fact that Towne purchased 100 percent control of the agency. The transaction closed Jan. 1 and was announced this week.

SIL is the third agency Towne has acquired in the Richmond market since 2015, when it purchased Invincia Insurance Solutions in Chesterfield and Total Insurance Planning in Midlothian.

Pettus LeCompte, who runs SIL with president and fellow namesake Fred Itzkowitz, said the firm has had many suitors through the years, with Towne making overtures on numerous occasions even before it entered the Richmond market in 2015.

“We have over the last 15 years had a number of offers but just weren’t ready to do anything,” LeCompte said. “But over the last seven years, we’ve actually spoken to Towne several times. They approached us again last year.”

Towne Insurance President Dudley Fulton said a bit of patience was required to finally bring the two sides together.

“I’ve had the good fortune of being involved with a number of acquisitions and this is, I think, the longest courtship of my career,” Fulton said.

“It was well worth it and obviously it was something that each party had an eye toward doing. The chemistry that clicks at a given time can be a big surprise.”

LeCompte and Itzkowitz took over the agency in 1994, buying it when it was known as Julius Straus & Sons, a name that dated to its founding in the mid-1860s.

They since have grown it to about 30 employees selling personal and commercial insurance policies of all sorts to a client base of around 10,000. LeCompte said the agency’s gross sales revenue is around $40 million annually.

He said the deal with Towne was fueled by succession planning for him and Itzkowitz.

“I turned 66 last year and Fred turned 65,” he said. “We have 30 families here we’re responsible for. If something had happened to one of us before we decided where we’re going forward, it would not had been good for anybody.”

However, the Towne deal doesn’t mean Itzkowitz or LeCompte are immediately on their way out the door.

LeCompte said it allows them to stay on indefinitely and the SIL name will remain as well, at least for a few years.

“They have an incredible track record: The principals of the agencies they’ve purchased are either still with them, retired at a ripe old age or died,” Fulton said. “No one has walked off in a huff like you see with other deals.”

The agency also will remain for at least the next few years in its current office at 5310 Markel Road – the aluminum foil-like flying saucer building near Willow Lawn.

Fulton said SIL is the oldest and one of the largest of the 25 agencies Towne has acquired since its first deal in 2001.

Since then, Towne has expanded its insurance operations into markets beyond its hometown of Hampton Roads, following its banking arm into Richmond and North Carolina. Its insurance commission revenue for the full year 2018 was $60 million, up 13 percent from the previous year, according to its financials.

Fulton said the company will continue to look for agency acquisitions, with a particular eye on Richmond, Raleigh and Charlotte, North Carolina, which are the markets Towne most recently has grown into via acquisition on the banking side.

The bank entered the Richmond market in 2015 with its acquisition of Franklin Federal Savings Bank.