F45 Training opened two locations in the region, one in Short Pump at 3430 Pump Road in Short Pump and another in the Willow Lawn area at 5709 W. Broad St.

Construction has been completed at the Hanover Square Shopping Center located at 7320-7326 Bell Creek Road in Mechanicsville. 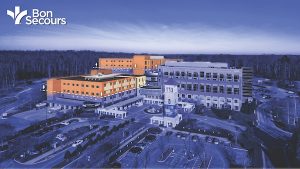 Bon Secours is planning to expand its St. Francis Medical Center in Midlothian. The expansion will add about 110,00 square feet and cost about $119 million.

Southside Regional Medical Center’s Infectious Disease operation has completed its move to a new office at 50 Medical Park Blvd. Suite A in Petersburg.

VCU has raised $700 million toward its $750 million goal in its Make It Real fundraising campaign.

Virago Spirits is now being stocked at 20 ABC stores throughout Virginia, including 11 in the Richmond region. 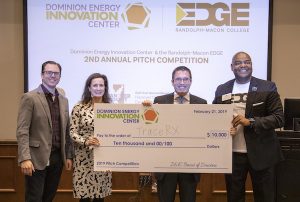 Richmond Ad Club raised $5,050 for student scholarships at its annual Holiday Party and Silent Auction. The money will go towards the Barbara Fultz Women in Advertising Scholarship and the Harry Jacobs Scholarship.

Engineering firm AKF donated $3,000 to the Children’s Hospital of Richmond at VCU. 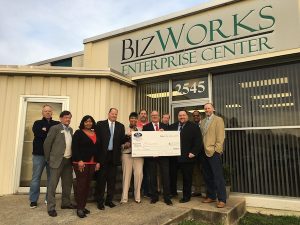 Sentara Healthcare and Optima Health donated $1.5 million to the Virginia Association of Free & Charitable Clinics, which will be used to support Medicaid expansion in free clinics around the state.

The University of Richmond’s Chaplaincy received a $2 million gift from Marcus, Carole and Allison Weinstein.

ASK Childhood Cancer Foundation raised more than $500,000 at its Above & Beyond Masquerade Gala. 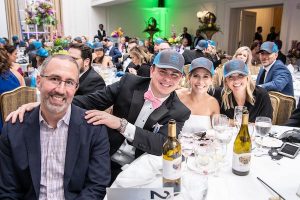 The National Endowment for the Arts approved an Art Works grant of $25,000 to Fathomers for the development of artist and VCUarts faculty member Michael Jones McKean’s “Atmosphere,” one of a dozen sites in a long-term, planetary artwork called Twelve Earths.

The Virginia Society of Certified Public Accountants unveiled a new logo and branding.

Baskervill’s Burt Pinnock was named to the American Institute of Architects’ College of Fellows.

HHHunt Communities was awarded the Community of the Year award for its Ridgefield Green community in Western Henrico at the Home Building Association of Richmond’s Major Achievements in Marketing Excellence Awards.

McGuireWoods’ Dion Hayes will be inducted as a fellow in the American College of Bankruptcy’s 209 class.

The Virginia Museum of Fine Arts announced the 2019–20 recipients of its annual fellowship awards, 15 of which are associated with VCUarts.