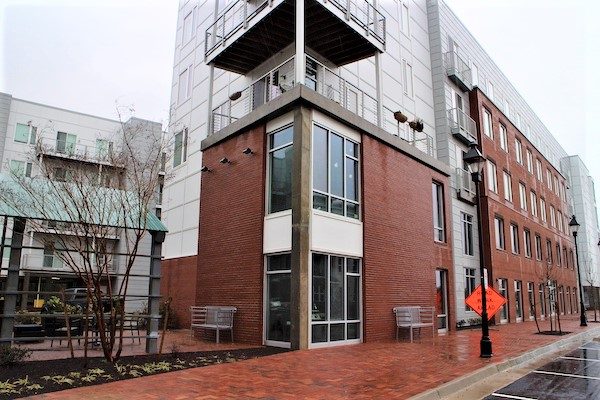 Kumbaya Space is aiming to open in Rocketts Landing in Spring 2020. (Mike Platania)

The coworking trend is spreading to Rocketts Landing.

Kumbaya Space, a new coworking concept from co-owners and local business consultants Rosetta Quiah and Taffy Matinenga, is set to open in the East 51 building at 5151 Old Main St.

Quiah, who also owns consulting firm The Quiah Group, said in addition to having the usual coworking amenities, Kumbaya also will offer other services that may be helpful for entrepreneurs.

“It’s accounting, HR, marketing, all the things entrepreneurs and small businesses need to succeed,” Quiah said. “This is from our experience as entrepreneurs as well. We didn’t have all the support we needed even though we had a great business idea.”

Kumbaya will be about 10,600 square feet, taking the remaining commercial space in the latest mixed-use leg of Rocketts Landing, which was done by WVS Cos. and also has more than 150 apartments and nearly 30 townhomes. 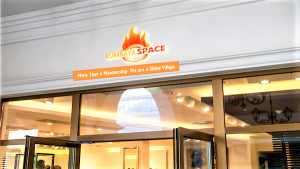 Kumbaya Space will have private offices of various sizes, conference rooms, dedicated desks, phone booths and shared workspaces, with membership rates ranging from $10 daily passes to $1,000-plus per month for offices.

Quiah said other amenities will include a yoga room, coffee bar, gym and game room.

“The design we’re going for is to give that feel of not being in isolation,” she said.

Quiah said they were drawn to Rocketts Landing in part due to its river views, access to the Virginia Capital Trail and abundance of parking.

WVS’ Richard Souter said the rest of the development’s apartments and townhomes are fully occupied and sold, and that they’d been keeping the commercial space as an empty shell for a user.

“Generally we were looking at office tenants, and we’d spoken to a number of people, but (Kumbaya Space) stepped up,” Souter said.

As Kumbaya Space is on its way in, Urban Farmhouse closed its Rocketts Landing cafe at 4821 Old Main St. in recent weeks.

I choked on my coffee when I read “Quiah said they were drawn to Rocketts Landing in part due to … abundance of parking.”

Abundance of parking? As a residence we are battling for parking spots with the apartment tenants while their lots sit partially empty. Why pay for parking if you can park in front of all of the townhomes for free and block the rest of us from spots. Why Rocketts sells 3-4 bedroom homes and thinks 2 spots is adequate then go and convince a company to lease space under the guise of an abundance of parking.