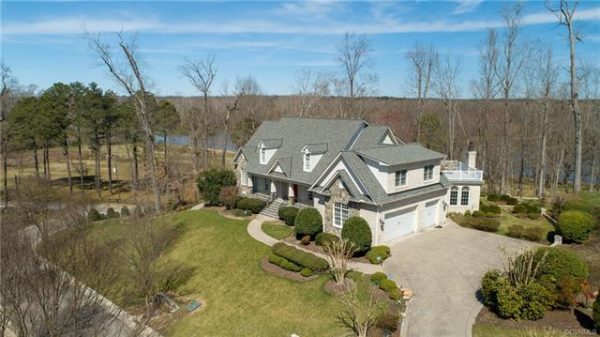 The patriarch of a prolific area restaurant group and a former General Assembly enrolling clerk are selling their Richmond residence alongside the James River in favor of their other river home along the Rappahannock.

Emory and Susan Williams last week listed their 5,800-square-foot home at 9150 James Riverwatch Drive, in the Riverwatch on the James subdivision off Cherokee Road near the Stony Point office park, with an asking price of $1.49 million.

Parents of Michelle Williams of Richmond Restaurant Group, of which Emory is a partner and investor, the couple listed the five-bedroom house with Coldwell Banker Avenues’ Graham Johnson, who got the gig after asking to show the home to some of his clients. 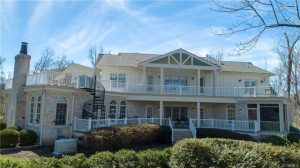 The rear of the house with two decks facing the river.

“I’d heard rumblings that they might be interested in selling, so I was trying to get some of my clients into their house,” said Johnson, who sold a comparably priced house across the river in October that topped Richmond-area home sales that month.

“In reaching out to him and talking, we just kind of hit it off,” Johnson said of Emory. “I asked for the opportunity to interview for the listing opportunity. We got along and it worked out.”

Emory, who retired from Morgan Stanley Wealth Management after it absorbed Citigroup’s Smith Barney, said he and Susan are selling the house as a form of downsizing, opting to make their river home in Weems in the Northern Neck their primary residence. Susan worked 31 years at the General Assembly as an enrolling clerk, handling bills that came out of the House en route to the governor’s desk.

“We bought that property about a year apart from buying the Richmond home,” Emory said. “We were managing about 12,000 feet of home between the two homes, and it’s just gotten to be too much for us at our age to keep up with both them.” 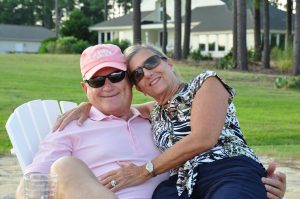 The couple purchased the Riverwatch house in 2012 from Randy and Jody Holder, who built the house three years earlier through Randy’s Holder Brothers Construction company. City property records show they paid $1.27 million for the 0.8-acre property, which the most recent city assessment valued at $1.4 million.

Emory, 70, said the purchase originally was intended to be a downsize as well, from their previous home in Foxchapel in western Henrico, but things didn’t go according to plan.

“We were settled down in Foxchapel and thinking we’d be there the rest of our life. I told my wife I wanted to live in one great home before I went away from here, and up popped this home on the cover of Estates & Homes magazine.”

Totaling 11 rooms with four full bathrooms and one half-bath, the two-story house includes a first-floor master suite with a steam shower, two walk-in closets and access to an adjoining exercise room and screened porch. 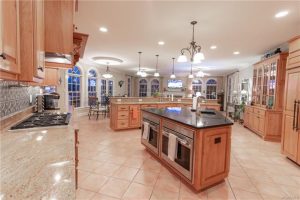 The kitchen opens to a living area.

Each of the four bedrooms upstairs has an adjoining bathroom, and the house includes two decks with views of the river and Cherokee Road. The subdivision shares access to a 5-acre parcel across the street that fronts the river with water access, as well as a private road connecting the neighborhood with the office park leading to Chippenham Parkway and Stony Point Fashion Park.

“My wife and I of 48 years enjoy our own separate TV rooms now,” Emory said, describing a setup in which the kitchen provides a buffer. “So, we have peace at night rather than fighting over the remote.”

Chuckling, he said, “That’s probably the biggest attraction of all.”

Since listing the house April 9, Johnson said they’ve received good interest, with three showings so far and one couple coming back for a second look. Johnson said he is marketing the house through Coldwell Banker’s “luxury platform,” with listings in The Wall Street Journal and the locally published Estates & Homes.

He also got an assist from the Williamses’ son, Chad Williams, a local web designer and drone photographer who produced a video (see below) and photos for the listing. Through his Creative Visual Design business, Chad also has produced websites for his sister’s Richmond Restaurant Group, whose properties include The Daily Kitchen & Bar, East Coast Provisions, The Hard Shell, The Hill Café, Pearl Raw Bar and West Coast Provisions. 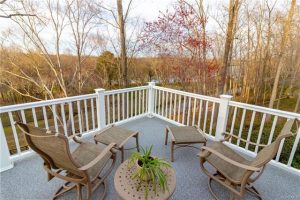 Emory described himself as one of three “passive investors” in the group, which Michelle Williams co-founded in 1995 with Jared Golden and Ted Wallof.

While he and Susan now will be based at their river home, the Richmond natives plan to remain connected to their hometown. Emory said they may end up buying a home here again, though smaller – even if the process of selling this house is giving him second thoughts.

“We’ll come back to Richmond. In fact, I wouldn’t be surprised a year from now if we don’t buy something like a townhome or a condo somewhere.”

Referring to the Riverwatch house, he said, “It really is a nice home, and feels even better for us right now since we’ve moved a lot of stuff out of the house. It’s something about decluttering that makes it feel so good to live in it for a change. I told Graham, you better get the full price, because I’m now interested in staying here.”