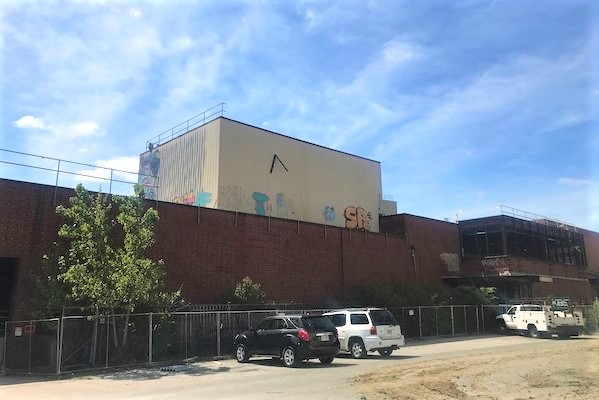 As buildout on its future headquarters begins, a local nonprofit has secured a big batch of tax credits to help fund the project.

CARITAS last week finalized its acquisition of $16 million in historic and New Market Tax Credits for the CARITAS Center, a new facility it is building within a former Philip Morris complex at 2220 Stockton St. on the city’s Southside.

The organization, which helps the homeless and those battling addiction, is converting the 150,000-square-foot Swansboro property to house offices, classrooms, a 160-bed healing place for women, 47 sober living apartments, and recovery and workforce development programs.

CEO Karen Stanley said planning for the new center began in 2016 and work began in early 2019. CARITAS bought the building in December 2017 for $1.5 million, per city property records.

The project is expected to cost about $27 million. 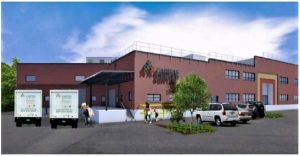 A rendering of what the CARITAS Center will look like upon completion. (Courtesy CARITAS)

“We are raising $15 million in philanthropy and bringing the rest of the investment in through tax credits,” Stanley said, noting the fundraising also will provide money for operational costs beyond building the new center.

CARITAS is receiving $12 million in New Market Tax Credits and $4 million in Federal Historic Tax Credits through a deal with the National Trust Community Investment Corp. and SunTrust Community Capital, a division of SunTrust Bank. The government issued the tax credits to SunTrust and the NTCIC, which allocated the money to CARITAS in exchange for equity in the Swansboro project.

The New Markets Tax Credit program was created through federal legislation in 2000 to encourage investment in economically distressed communities, defined as places where the individual poverty rate is at least 20 percent or where median family income is less than 80 percent of the area median income.

Stanley said they’re aiming to be operational in the new center in early 2020. KBS is the project’s general contractor and Walter Parks Architects is the designer. Flourish Space is the interior designer.

CARITAS reported $6.7 million in revenue and $3.4 million in expenses in 2016, according to its most recently filed 990.

This will be the single largest shelter and rehab center for women in the region, perhaps the Commonwealth. I believe it brings the number of such facilities to three in Manchester., though the other two are much smaller.

So much love and respect for this. Congratulations CARITAS, and thank you for your incredible hard work in the community. And KBS keeps crushing the scene too. May this property and mission continue to deliver many blessings.