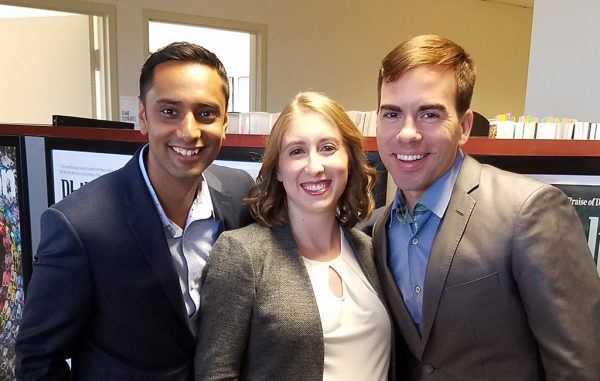 Roundtrip, which makes software that patients and health care providers can use to coordinate non-emergency medical transportation, this week announced the closing of a $5.1 million capital raise.

The startup began offering its service in Richmond in late 2017 through a pilot program with GRTC.

Chief technology officer Ankit Mathur said the new funding will be used to add to its staff of 26 and to bolster its software.

The equity raise, which closed Wednesday, was led by Northern Virginia-based Motley Fool Ventures, which also has invested in WealthForge, a Richmond financial technology company.

Mathur said Roundtrip founders still retain a majority stake in the company. The company is based in Shockoe Bottom and also has an office in Philadelphia.

Its software is used in nearly 300 health care facilities in 20 states. Locally, it books rides for providers such as Bon Secours and VCU Health, as well as transportation companies and municipalities such as GRTC’s Care On-Demand program and Chesterfield County’s Access On Demand.

“We certainly believe there’s an opportunity to work with plans that are in Medicare Advantage space that are providing transportation as a benefit more and more,” he said.