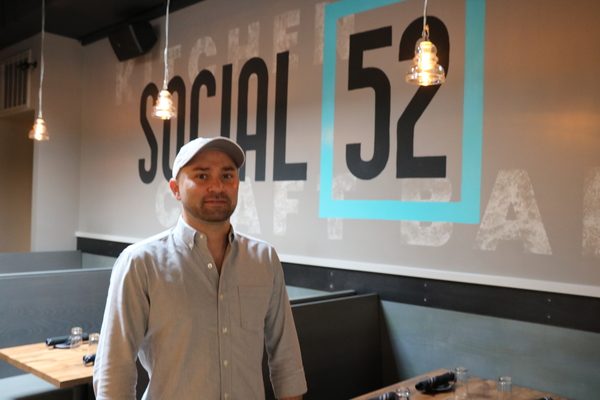 The owners of a Fan District restaurant are cooking up a new concept in the burbs.

Walied Sanie and James Baldwin, who co-own Social 52 at 2619 W. Main St., are preparing to launch Charred, a new restaurant at the future Shoppes at Rutland Place shopping center near U.S. Highway 301 and Rutlandshire Drive in Hanover County.

Charred is set to take about 4,000 square feet at the retail center, which York, Pennsylvania-based developer Apple Retail Properties plans to begin building in the coming weeks.

The goal is to have Charred open by the fourth quarter of this year, Sanie said.

“I live in Hanover and this is about half-a-mile from my house,” Sanie said. “I was interested in this site about three years ago… so when the leasing began for the center, we jumped on it.”

Charred will join a second Pizza & Beer of Richmond (PRB) location that Chris Tsui’s EAT Restaurant Partners’ are planning in the shopping center.

Charred is slated to open later this year at the future Shoppes at Rutland Place. (Courtesy Cushman & Wakefield | Thalhimer)

Aside from Charred and PBR, the development also has netted Jersey Mike’s Subs and Sports Clips, according to a Cushman & Wakefield | Thalhimer marketing brochure.

Charred will mark Sanie and Baldwin’s first restaurant venture in Hanover County and is part of a planned regional expansion for the group.

They also have signed a letter of intent for space in a pending mixed-use development in Williamsburg called Midtown Row, Sanie said.

As its name implies, Sanie said Charred’s menu will center on wood-fired and smoked entrees.

Alex Collins, who serves as Social 52’s lead chef, will manage Charred’s menu. A couple of its Social 52 favorites may also make an appearance at Charred, such as its deep fried deviled eggs and fried brussel sprouts.

“We envisioned Charred being the more sophisticated, older brother to Social 52,” Sanie said. “This is going to be a restaurant concept that is going to be geared more toward people with families, but still incorporating a few elements that you find at Social 52 in the Fan.”

Upon build out, Charred will seat 150, which includes a 45-seat patio with a mini bar, Sanie said. A 16-foot smoker and several wood-fired grills and ovens are being incorporated into the design of its kitchen. The space also will include two private dining areas to accommodate parties and events.

The group is mulling hours of operations for Charred, Sanie said.

“I often joke that we’ll stay open for as long as people can keep a babysitter,” Sanie said.

In all, Sanie said the duo is planning to invest about $700,000 into the new space, half being financed by a loan from M&T Bank and the remaining balance being funded by Sanie and Baldwin.

Richmond-based Bob Architecture is designing the space, while B&L Construction is the general contractor.

“Hanover continues to have this pipeline of new housing going up,” Sanie said. “That’s great for business.”

The pair also is taking a page from some of the largest local restaurant groups, such as EAT Restaurant Partners, Richmond Restaurant Group and The Housepitality Family, who have extended their restaurant concepts, such as PBR, The Daily and Casa del Barco, into the suburbs around the region.

They have also invested heavily into Social 52 to ensure they stay competitive with the growing dining scene in the Fan with a revamped space and menu. 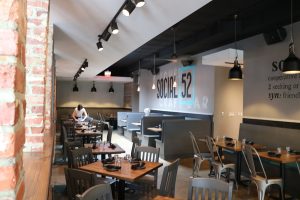 “We’re doing well in the Fan, but it’s growing more competitive…it’s not just the Fan, it’s now increased competition from Scott’s Addition,” Sanie said. “For us to grow and be competitive, I think what Chris Tsui and Michelle Williams (from Richmond Restaurant Group) have done is something we can follow.”

And they’re not done yet.

Sanie said the group plans to expand Charred into more bedroom communities, with its sights set on Fredericksburg for its next expansion.

“We want everybody to know that we’re growing, but with a fresh concept for families,” Sanie said.

So exciting! We are ready for you here in Hanover! Thanks for picking us among the many choices for expansion spots!

Were excited to lay roots in the Hanover Community!

Any timeline for opening date? I am sure COVID has caused significant delays.