Richmond Legends is a new fundraiser in which the public can bid on the opportunity to meet and talk with prominent local businesspeople. (Photos courtesy Rock ‘N’ Heal)

How much are Richmonders willing to donate to get a sit-down meeting with Bill Goodwin, Tom Farrell or the owners of some of the area’s most popular restaurants? A new fundraiser plans to find out.

Brock Saunders recently launched Richmond Legends, a fundraiser in which the public can bid on the opportunity to meet and talk with prominent local businesspeople, all to benefit the World Pediatric Project. 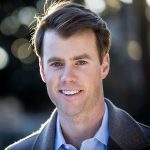 Richmond Legends is part of WPP’s Rock ‘n’ Heal event and fundraising campaign, which is celebrating its 10th anniversary this month. Saunders and his wife, Alexandra, co-chair the event along with Mary and Stuart Farrell (Tom Farrell’s son) and Ashley and Warren Van der Waag.

Saunders, a founding partner at venture capital firm Summit Action Fund, said Richmond Legends is modeled after a similar fundraiser he was a part of on the West Coast that he figured was doable in Richmond. The couple reached out to people in industries ranging from private equity to golf to the arts.

A traditional lunch or breakfast meeting with a prominent business person can be auctioned off, as well as a variety of creative activities related to a person’s expertise and industry.

“I have this aversion to asking people for money in the traditional sense. If we do it, we’ve got to do it in a fun, creative way,” Saunders said.

“I found people tend to overvalue their dollars and undervalue their time. It was a super-unique (concept). It was like, ‘What would I pay for lunch with these venture capitalists I look up to?’”

The Saunderses created a list of people they wanted to recruit, thinking if they got a few early commitments, it would be easier to sign up others.

They were right, getting early commitments from Tom Farrell, the CEO of Dominion Energy, and from philanthropists Pam and Bill Royall, before adding about 29 more people to the roster.

“We used (Farrell’s and the Royalls’) endorsements to build out the rest,” Saunders said.

Saunders and his friends had prior relationships with some of the people they sought. Cold-calling and emails helped to recruit others.

“Something Richmond’s great about is being altruistic. If you ask somebody for help, particularly if it doesn’t require money, they tend to say yes,” he said. “Thankfully the cold-email conversion was 100 percent.” 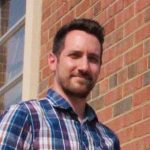 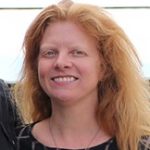 Farrell, Gayner and Goodwin were happy to offer a traditional lunch or breakfast meeting to auction off. Saunders said some of the others got creative with the experience they’re offering.

For example, the winning bidder for Tarpey will get a personal tour of The Veil’s facility, a tasting of unreleased beers, and the right to cut the line at the brewery’s weekly can releases for a year.

Other experiences include a fire academy training session with Richmond fire chief Melvin Carter, a round of golf with Vinny Giles and Bobby Wadkins at Kinloch Golf Club, and a fishing trip on the Eastern Shore with Shagbark owner and chef Walter Bundy.

The top fundraisers have fluctuated since the bidding kicked off, with The Veil’s experience leading at one point. Breakfast with Farrell was the top fundraiser as of Tuesday afternoon, with a leading bid of $3,000.

“The friendly competitive nature to it has been fun to see. I think there was competitiveness in actually crafting the packages,” Saunders said.

Saunders said they hope to raise $300,000 for WPP, which is based in Henrico County but works mostly in the Caribbean, performing surgeries mostly for lower-income children. 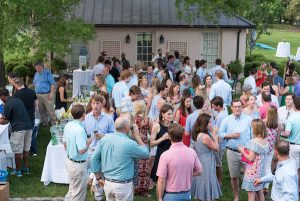 Saunders said money raised also will be spent on medical supplies and equipment, the costs of which are subsidized. On its 2018 tax form, WPP reported $9.1 million in revenue and $8.7 million in expenses.

“I didn’t know what to expect in year one. … It’s been super-fun for me to see this group of people get into it,” he said.

What a great idea and rare opportunity.