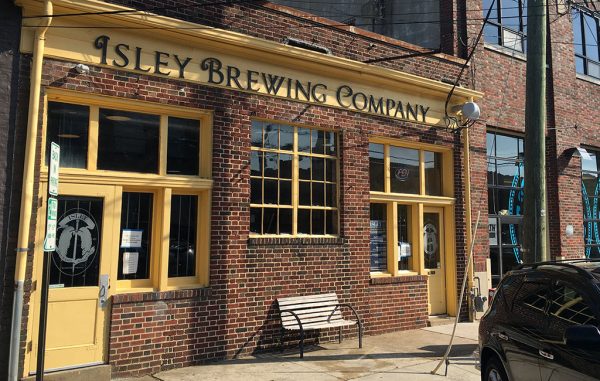 Isley Brewing Co. is working on a new outdoor patio out back at its home at 1715 Summit Ave. The brewery also is canning its beers for the first time, a move that will add to its distribution offerings.

Founder Michael Isley said the company has been working on adding the rear patio for nearly a year. It’ll add seating for about 40.

“It’s an elevated deck on top of two cargo containers,” Isley said. “It’ll have wood decking like a residential deck would have, and it’s covered with roofing so you’re not cooking in the sun.” 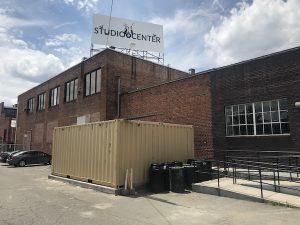 He said they’re hoping to have the deck open in early or mid-June, about the same time it plans to roll out cans of Choosy Mother, the 6-year-old brewery’s most popular brew.

Isley has been distributing kegs, but had yet to delve into canning for distribution.

“It was never my intention to do distribution, much less go into retail,” he said. “Distributors have asked about Choosy Mother and I’ve kept it kind of close to home.”

Isley said he didn’t want the new cans to encroach on his local restaurant clients’ sales, so he made a deal with his distributors, Brown Distributing and Pretty Ugly Distribution, that they wouldn’t sell Isley’s cans west of Williamsburg or south of Fredericksburg. 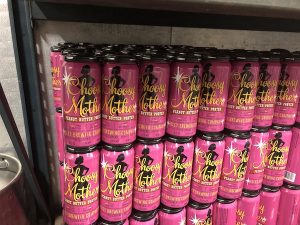 “I know there’s been some pushback on some of the restaurants against the breweries… I can’t in good faith sell (restaurants) beer and then turn around and be their worst competitor.”

Isley added they’ll be donating a portion of all sales to Amy’s Army of Cancer Warriors, a local nonprofit that’s affiliated with the VCU Massey Cancer Center.

Isley also gave an update on the brewery’s planned Virginia Beach location, saying that the renovation of the inside of the brewery is ready, but he had to put the project on hold due to family health issues. He said he’s unsure when they’ll restart those efforts.