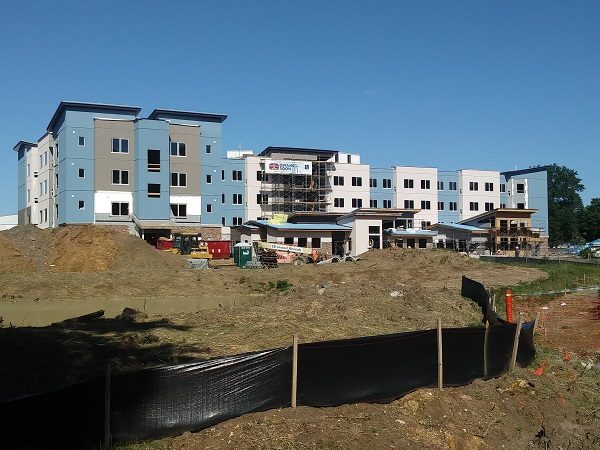 With plans for three new hotels and other development aimed at capturing regional tourism dollars, the area’s largest hotel operator said it will invest $125 million in Chesterfield County in the next three to five years – nearly as much as it’s invested there since buying its first property four decades ago.

At a gathering of Chesterfield business leaders Thursday, Shamin Hotels CEO Neil Amin announced and detailed those plans, which include a 200-room, “upper-upscale” hotel at Stonebridge and a 180-room dual-branded Hampton Inn and Home2 Suites by Hilton in Chester, where the company started and is based. 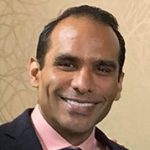 “We’ve invested about $150 million over the last 40 years in Chesterfield County, which we’re extremely proud of,” Amin told the group. “But it’s really an honor here today, and it’s kind of a sentimental moment for me to be speaking to all of you in Chesterfield County, to make the largest announcement that we’ve ever made at Shamin Hotels.”

In addition to the 200-room hotel, which Amin said would be the first full-service, new-construction hotel built in Chesterfield in over 20 years, the Stonebridge project would include a 10,000-square-foot conference center, mixed-use development with standalone and ground-floor retail with residential above, and entertainment uses that could include a brewery.

“We’re talking with a brewery, and this is a brewery that is not based in Central Virginia,” Amin said, describing the brand as well-known outside of Richmond.

The development would fill what had been planned as a second phase for Stonebridge, a mixed-use development that has replaced the old Cloverleaf Mall. The vacant land west of the development’s shopping center and north of its Richmond Volleyball Club facility once had been planned for more than 100,000 square feet of primarily big-box retail users. 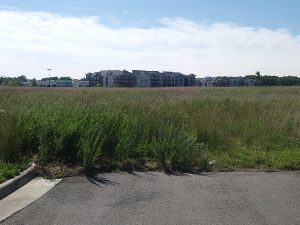 The dual-branded Chester hotels would be built on land between Interstate 95 and three of Shamin’s existing properties southeast of the Route 10 interchange – a cluster of hotels Amin referred to as Shamin Park.

He said the new hotels and additional development would be an expansion of that park, with retail outparcels, restaurants, and possibly residential and office space integrating with the three existing hotels there: Shamin’s Courtyard by Marriott Chester, Holiday Inn Express Chester and Homewood Suites Chester.

“We want to make it dense and urban and really make it a destination, something that’s different that’s not in the county,” Amin said. “It’s going to be that destination that will drive people off of 95 and into Chesterfield County and create that additional tax revenue.”

The new development would fill 12 acres of a 21-acre site Shamin purchased in 2017. County property records show the company paid $1 million for the land beside the southeast quadrant of the interchange. A county assessment this year valued the 21 acres collectively at $769,400. 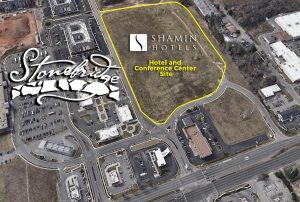 A map of the Stonebridge site. (Courtesy Chesterfield County)

“We’ve had great leadership in the county – great business leadership as well as our elected officials – who have really in the last five years done whatever it takes to outperform the state,” he said.

Hosted by ChamberRVA, the breakfast meeting at Johnston-Willis Hospital was just across the street from one of Shamin’s latest projects: the under-construction Residence Inn at 10701 Center View Drive, behind Shamin’s DoubleTree Hotel and Conference Center on Koger Center Boulevard. The four-story, 111-room Residence Inn had been scheduled for a summer opening. 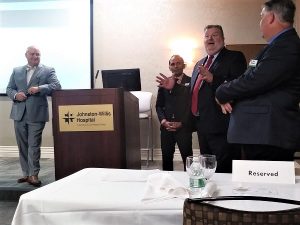 The Double Tree by Hilton is one of several full-service hotels in the region that Amin listed as having been built 10 years ago or more. He said the most recent new-construction full-service hotel to be built was Shamin’s Hilton Richmond Hotel and Spa in Short Pump.

Amin did not name a brand for the Stonebridge hotel, which he described as an “upper-upscale full-service hotel” that he said would be “one level above the existing product that we have in the county.” He said it would not be a Marriott-brand Renaissance Hotel, a picture of which he showed for illustrative purposes.

Any update on the Moxy Hotel they have been working on at Fifth and Franklin? It seems like it has stalled for the last couple of months.

After multiple submissions to the Department of Historic Resources, Shamin Hotels received a conditional approval to proceed with the historic rehabilitation of the building into a hotel earlier this year. We plan to start construction later this year and apologize for the delay.

Thank you both for the info! Good things take time, I am glad to hear DHR accepted your company’s plans to renovate. It will be a thoughtful addition to Monroe Ward / City Center.

Is the retail at Stonebridge or Chester site? The Stonebridge main center has only lost tenants over the last year with the exception of Zaxby’s. Mattress Firm left a huge empty space as did the sports clothing store. Several retail spaces were never even built out! I just don’t see why more retail spots are needed.

This is interesting……..How are they coming up with the valuation? I am not a real estate appraiser but it appears Shamin is inflating the valuation for their ego. Nothing in the article speaks of Chesterfield incentives……would any County official like to comment? With the $125M investment by the time the projects goes to construction the number should be $150M therefore County assessor take note there should be a large real estate bill coming to Shamin in the near future. If all these numbers are correct I am a very happy Chesterfield County citizen who’s home tax bill will be reduced… Read more »