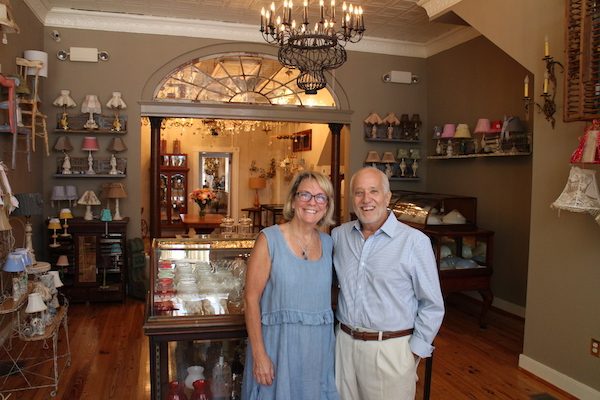 A new retailer is about to flip the switch in Shockoe Bottom.

Benjamin French, a lighting store from couple Katie and Ken Roeper, is opening this weekend at 2104 E. Main St.

The shop will sell vintage and refurbished lamps, chandeliers and other lighting fixtures, many of which the Roepers have collected and restored themselves over the years. 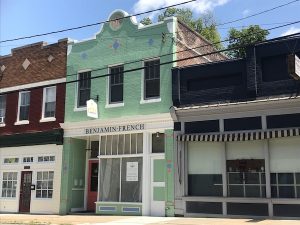 Ken started light restoration business Crystal Designs in 1998, and has worked on historic lighting in landmark buildings including the State Capitol, The Jefferson Hotel and the Governor’s Mansion. Katie has worked in nonprofits and as assistant commissioner for the state’s Department for Aging and Rehabilitative Services.

After taking an early retirement last year, Katie said they decided to dip into the retail lighting business.

“It’s our last professional chapter and we wanted to spend it together,” Katie said.

The couple bought the building, which has an apartment above it, in 2012 for $253,000, per city property records. Katie said it had previously been a photo gallery, candy store and restaurant in years past, and it even has some lore behind it.

“It supposedly was one of the first speakeasies in Richmond,” she said.

Lately, the building had housed lighting fixtures and parts the Roepers accumulated while antiquing. Benjamin French has about 700 square feet of retail space and 400 square feet of studio space where Ken will continue to restore lighting at Crystal Designs.

The shop sells mostly indoor lighting fixtures with some outdoor.

“Everything we’re selling is rebuilt and refurbished lighting from the past. Some has been enhanced to make it more contemporary, some done to have updated materials like the plugs and wiring,” Katie said.

The shop is named for their late mothers: Benjamin was Ken’s mother’s maiden name and French was Katie’s mother’s middle name.

Can’t wait to check this out!