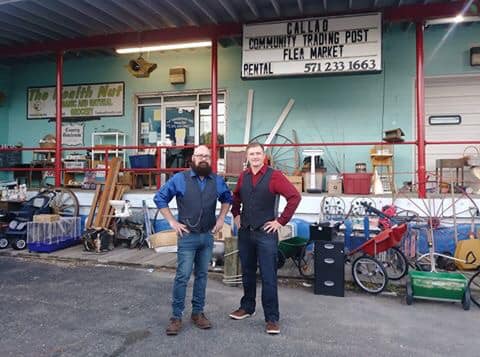 “There’s nothing to do in Northumberland County.”

That’s a common refrain in the small Northumberland town of Callao, Virginia, according to James Adams, a Northern Neck native who aims to put the town of 2,400 on the map – or at least on the map of brewery tours.

Adams and business partner Roger Hale are working to open Callao Brewing Co. in a former consignment shop at 129 Northumberland Highway – about 65 miles east of Richmond – with an eye on quenching the thirst of river country vacationers.

“Probably three-quarters of the population down here are vacationers,” Adams said.

The new brewery will join a budding beer scene in that part of the state, with breweries coming to Lancaster and Richmond counties, and three already open on the Northern Neck: Montross Brewery and Colonial Beach Brewing in Westmoreland County and Kilmarnock Brewhaus in Kilmarnock. 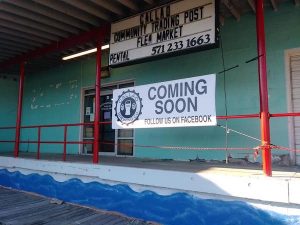 Callao Brewing Co. is the first brewery to come to the small town on the Northern Neck.

“Callao is kind of like in between all those,” Adams said. “It’s the dot that connects the line. The Northern Neck planning commission is hoping we can get a brew trail started now that we have one coming to Warsaw and us in Callao.”

Adams and Hale are distant relatives. Adams said his family’s been on the Northern Neck for over 100 years. Hale owns print shop Design Printing in Warsaw, and Adams is a plumber by trade.

Adams, 29, said the older Hale began talking last year about how he wants to open a brewery upon retiring.

“Roger’s a lot older than I am, so I said, ‘When do you plan on retiring?’ He said, ‘I don’t know another 10-15 years,’” Adams said laughing, pointing out Hale will be in his 70’s by then. “He goes, ‘Well I don’t feel old,’ but I said, ‘In 15 years you might.’”
Adams convinced Hale to get after it now and the two decided to go into the beer business together.

“I looked at it as an investment opportunity,” Adams said. “I figured if it does well, it could be something for the future for me, and Roger wanted a hobby/retirement type job. And there’s no time like the present.”

Once up and running as planned in October, Callao Brewing’s 2,200-square-foot space will have a six-barrel brew system and up to eight beers on tap. Adams said they’re planning to open with a brown ale, IPA, milk stout, wheat beer and porter. He added that they’re not planning to get into distribution, but they’re not totally ruling it out either.

“For the time being we’re just going to be a tasting room and doing growler fills. It’d be nice to just be local and if you want to have our beer, you have to come out and see us,” Adams said. “But we might get big and get into distribution. The building we’re leasing is big enough that if we wanted to expand, we have the option to purchase the building and expand.”

In addition to serving thirsty tourists, Adams said he and Hale feel confident there’s a large enough base of local customers for the brewery to thrive year-round.

“I think there’s enough local population that in the off-season I think we’ll be fine. I do think that the spring and summer are probably going to be slammed with all the vacationers,” Adams said.

“The thing about our location is it’s in Northumberland County and there’s nothing to do socially. There are a few restaurants, but there’s nowhere to take your wife or girlfriend and go hang out. You’d have to drive to Kilmarnock or Tappahannock or Richmond County to go out and just socialize… That’s one of the things we hear from a lot of people, that it’ll be so great to have something to do in Northumberland County.”