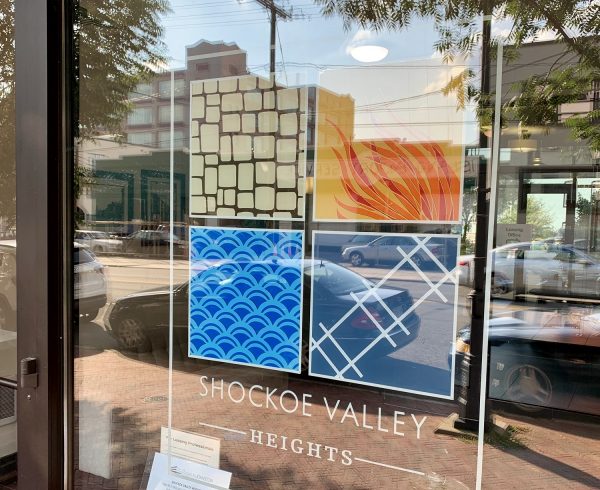 The five-building collection of Shockoe Valley Heights has been sold to a New York and Arlington real estate investment firm for about $50 million. (Photos by J. Elias O’Neal)

Two of the region’s earliest adopters of historic tax credit-fueled infill development scored an eight-figure price tag with the sale of several of their longtime holdings in Shockoe Valley.

Sensei Development and Monument Cos. last week sold a portfolio of seven buildings for about $49.5 million to entities tied to Arlington-based Blackfin Real Estate Investors and New York-based GFM Capital.

The buildings, a collection of mixed-use properties with a total of 300 apartments and 12,000 square feet of commercial space, include its block of rehabbed historic buildings and new apartment structures dubbed Shockoe Valley Heights that include:

Combined, the properties most recently were assessed by the city for $39.4 million, according to property records.

Blackfin and GFM Capital did not return a call for comment Tuesday afternoon.

Marc Galt, managing director of Sensei Development, said in an email the seven-building portfolio went on the market in mid-April, with the team calling for offers three weeks after placing the properties on the market. 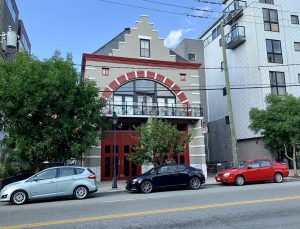 Originally constructed as a fire station in 1899, Sensei Development and Monument Cos. teamed up in 2011 to redevelop the station into 3 lofts and 3,300-square feet of retail.

They received six offers, Galt said, and they launched into negotiations with the top three.

Monument Cos. Principal Chris Johnson said in an email Tuesday that 95 percent of the 300 apartment units and 94 percent of the commercial space were occupied at the time of the sale.

Monument and Sensei are among the earliest users of state and federal historic tax credits in the redevelopment of properties across the region. Bobber Flats was redeveloped in 2010, and Firehouse Lofts and the Tracks at Shockoe Crossing were rehabbed in 2011 and 2013, respectively.

Since joining forces more than 10 years ago, the duo has teamed up on some of the city’s most notable historic mixed-use rehabs, including Garber Gables Apartments – a 59-unit apartment redo of the former Garbers of Richmond garage-door warehouse that also includes 1,300 square feet of commercial space. They also completed the conversion of the former Ndp office building at 1 E. Cary St. in Monroe Ward into 20 apartments and 1,300 square feet of ground-floor commercial space, with the new building being leased out in two weeks.

The team also has been active in Norfolk and Suffolk.

“We remain very bullish on Shockoe Bottom and greater (Richmond), and are sure Blackfin and GMF will have continued success with their recent acquisition,” Johnson said. “We will continue to look for attractive development opportunities and to grow our portfolio in the (Richmond region) and other localities throughout the state.” 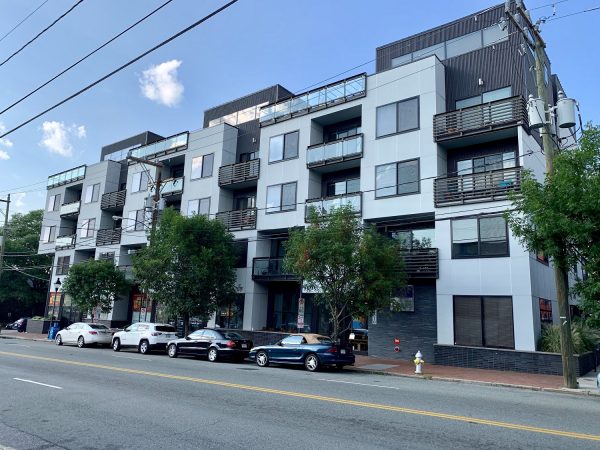 Trolley Commons sits at the corner of East Main and North 20th streets. It includes 37 apartments and about 4,800-square-feet of retail on the groundfloor.

More future tax revenue for the City of Richmond, when the next re-assessment takes place. There’s certainly an increase of $10 million in value, if the reported numbers are correct.