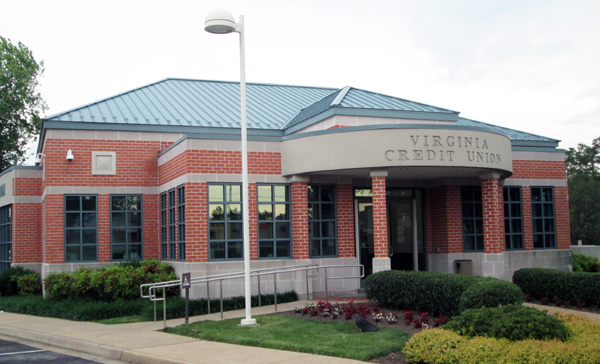 Richmond’s biggest credit union is looking to get bigger and has drawn the ire of bankers from around the state.

Virginia Credit Union, a $3.7 billion institution based in North Chesterfield, sparked a regulatory battle in recent weeks as it seeks to expand its field of membership to be able to offer services to the 10,000-member Medical Society of Virginia.

A group led by the Virginia Bankers Association and several small banks from around the commonwealth have pushed back against VACU’s application, claiming the size and statewide reach of MSV take the request beyond the scope of federal credit union regulations.

While the matter is now on hold as both sides argue their case, the episode has cast a fresh light on a long-running dispute between banks and credit unions that began in the 1990s. That’s when federal law was changed to allow credit unions, which are not-for-profit and exempt from paying certain taxes, to more easily expand their fields of membership. Two decades later, bankers say too many of their nonprofit counterparts are becoming too large and “bank-like,” without having to pay the same level of taxes. 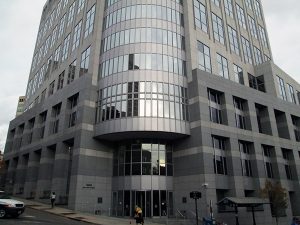 The case will be heard at the State Corporation Commission building downtown. (BizSense file photo)

The issue is typically debated at a national level among various bank and credit union trade associations, but has remained potent in Virginia due to the presence here of many large, multibillion-dollar credit unions such as Navy Federal, PenFed FCU, Langley FCU and VACU.

“This is an effort on the part of a credit union to keep moving in the direction of looking more and more like a bank,” Bruce Whitehurst, CEO of the Virginia Bankers Association, said of the VACU matter.

VACU first filed its MSV application with the State Corporation Commission’s Bureau of Financial Institutions in late 2018. The credit union then withdrew the application, then refiled in March, which is when the VBA began to mount its response.

BFI Commissioner Joe Face initially approved the application this summer, leading to the VBA group’s petition to stay the matter for further argument. 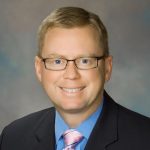 Whitehurst said VACU’s request to add MSV members goes too far beyond the statutory limit of field of membership expansion of 3,000 potential members at a time. It is the largest such request ever by a credit union in Virginia, due to the size of the group and its statewide reach.

However, VACU’s application isn’t unprecedented. Whitehurst admitted that the National Credit Union Administration, the federal regulator for credit unions, has approved field of membership expansions larger than this.

“This is the first time in Virginia a credit union has applied for something like this since it became law 20 years ago,” Whitehurst said. “We obviously are going to object anytime a credit union wants to go even further than the very permissive statutes.”

Regulations require credit union applications to justify their reasoning for any request beyond that 3,000 threshold to be justified, including explaining why the potential new member group cannot get access to financial services elsewhere or is unable to start its own credit union for geographic, financial or other barriers to entry.

Whitehurst said he doesn’t buy VACU’s and MSV’s arguments that the group doesn’t have a better alternative to joining VACU.

These banks from all across the state have signed on as petitioners with the VBA. (Submitted)

“It is over 3,000, it is statewide and, even though credit unions were first chartered during the Great Depression, it’s hard to imagine the members of the Medical Society don’t have access to adequate financial services,” Whitehurst said. “It’s not a group that would be underbanked.”

“This is entering a competitive landscape not only with banks but (also) other credit unions around Virginia,” Whitehurst said.

VACU said it has its reasons for pursuing the application.

Mainly, said spokesman Glenn Burch, MSV approached it and asked about the possibility of being able to offer VACU’s services to its members.

“They did so because they see membership as an attractive benefit they can offer their members who may benefit from our products, services, access, technology and financial education resources,” Burch said.

VACU said it submitted the application to SCC upon MSV’s request, just as it would with any other group.

Burch said at least part of the dustup is tied to bankers’ unending disapproval of the tax exemption for larger credit unions.

“It is true that credit unions are exempt from corporate income tax as member-owned, not-for-profit financial cooperatives,” Burch said. “However, it should also be noted that Virginia Credit Union does pay taxes, including real estate, personal property, payroll and sales taxes.” 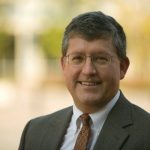 Jeff Szyperski, CEO of Chesapeake Bank, said his bank and its board gave plenty of thought about putting its name on the dispute in such a public way.

“We didn’t enter it lightly,” Szyperski said. “I think it’s an important precedent.”

In addition to the fact that such an expansion would put VACU in more direct competition with banks such as Chesapeake Bank for business and personal loans, Szyperski said he sees VACU’s effort as going against the mission of credit unions in the first place.

Szyperski tried to put the scope of the size of MSV’s 10,000 members into context, adding that Chesapeake Bank has about 20,000 customers.

“I could potentially have those poached,” through the sort of expansion VACU is seeking, he said. VACU currently has 286,000 members.

VACU emphasized that SCC approval does not automatically make the contingent of 10,000 from MSV members of the credit union. It would only mean VACU would have the ability to go out and attempt to win their business.

And VACU isn’t likely to lure in all 10,000 MSV members to join the credit union. Burch didn’t estimate how many of the 10,000 they’d expect to win, but said VACU already has relationships with people in the medical field through its ability to offer membership to VCU and Bon Secours Richmond Health System.

Burch said seasoned physicians and other older members of MSV likely already have established relationships with other financial institutions. And while VACU would like to win their business, he said the credit union is more likely to be able to help new physicians.

“New physicians, on the other hand, face a very different practice landscape than those who started out 20 or 30 years ago,” Burch said. “Many of them are carrying substantial medical school debt. My sense is that the Medical Society recognized that credit union membership could be a very valuable member benefit for these physicians.”

The next step in the saga is a likely hearing this fall before a panel of SCC judges. They have the power to uphold or overturn the commissioner’s decision. Either side then would have the ability to appeal the judges’ decision to the state supreme court.

VACU remains confident in its stance and the potential outcome.

“We believe the SCC’s decision was appropriate and justified, and we look forward to serving these members once the appeals process has been completed,” Burch said.

Just a reminder that if you buy a pack of bubble gum, you have still paid more taxes than VACU ever has or ever will.

Tom, how so? Buying gum doesn’t affect my state or Federal income tax. I do pay sales tax, but so do credit unions. What am I missing?

Matt -you are missing the fact that Credit Unions are absolutely exempt from both sales tax and income tax. Take a look at the NCUA’s Tax Exemption Letter.

Cause the big bank pay so much in federal taxes. Google and read, most of them do their best to avoid taxes..oh and skirt the spirit of the law, illegally sell products, and get federal bailouts. I prefer a credit union that helps low to moderate income residents with low fees on loans and no fee account vs. big banks that continue to close branches is low income neighborhoods and push residents to money services and payday lending. Yes big banks are getting into payday loans because as national associations they are exempt from state lending laws. VACU doesn’t pay… Read more »

Thanks. Doesn’t a credit union either re-invest or pay dividends where taxes are paid? Like an S-corp or a non-profit, there is no taxable income, correct.

Don’t they also pay personal property taxes on equipment, etc? Just like other businesses, or do they get exemptions for that too?

Again, thanks for the info.