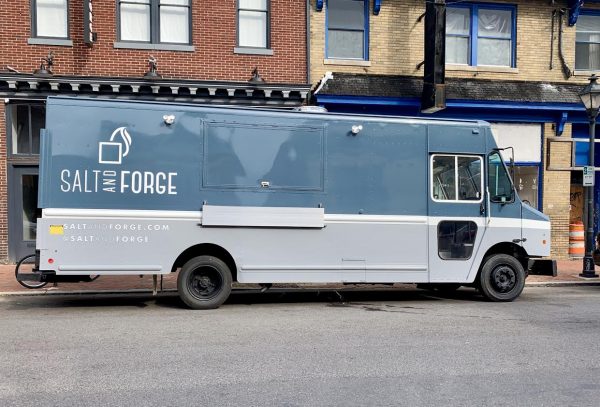 A year-old Jackson Ward restaurant is taking to the streets in search of new revenue and a potential second location.

Salt & Forge, which opened in April 2018 at 312 N. Second St., is looking to sop up its share of the area’s mobile food scene by adding a food truck.

Owner David Hahn said the truck, which passed its inspection Thursday morning, could be ready to roll for its first few private functions next week. 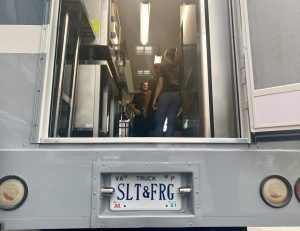 Salt & Forge will continue to maintain its physical location in Jackson Ward, where it serves a variety of breakfast choices plus lunch sandwiches and salads.

Richmond-based KSM Manufacturing, which has outfitted food trucks for establishments such as Happy Empanada and Sugar Shack Donuts, completed the build out and interior design for Hahn.

Victor Products provided the cooking equipment for the truck, and Amyrose Miller of Nouveau Signs and Design completed the exterior design.

Hahn would not share how much he invested to prepare the truck.

Aside from adding a new revenue stream and expanding its customer base beyond its brick-and-mortar location, Hahn said the truck also will help gauge interest for a potential second Salt & Forge location in the region.

“It’s designed to do a couple of things,” Hahn said. “One is to give some of my most talented people the opportunity to manage and run a small version of the business as part of their development. From a managerial and staffing perspective, a second location becomes easier. … It allows us to test the Richmond region and see where we get the best response.”

Hahn said the food truck will offer a condensed version of its menu for breakfast and lunch service. It also will include a revolving specials menu as it gains its footing in the market.

“We’re going to be more focused on our more popular items that we already sell in the restaurant, as well as the items we can execute real quickly within the smaller amount of space that we have,” Hahn said. 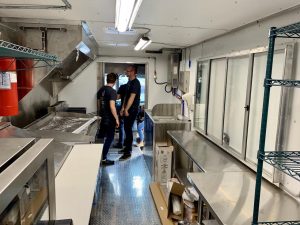 He added the truck also is wired to accept online orders, allowing patrons to pick up their food without having to wait in line.

“We’ll kind of roll that out once we get our feet wet and figure that out,” Hahn said of the online ordering. “But that will allow people – if we’re in front of their office building that day, and it’s raining or it’s cold or it’s too hot, they can sit at their computer, place their order … and by the time they make it outside their food will be ready.

Plans call for Salt & Forge’s food truck to set up all over the area, mostly in large job centers such as Innsbrook, the Central Business District downtown and hospital campuses throughout the region.

The truck also gives Salt & Forge the opportunity to roll out breakfast offerings and lunch sandwiches over the weekend, specifically in the Richmond suburbs.

“This allows us on less-frequent dates to go into some of the suburban areas for soccer tournaments, festivals and other events that don’t happen every Monday through Friday,” Hahn said.

Interesting to see a place do the physical store then expand out to do food truck. The online ordering and pick is a great idea but will their be a place that tell someone where the food truck is located. Remember Facebook and lots of social media platforms aren’t accessible at work so hopefully it will be through their location and ordering will be through their basic website.

PS lots of trucks doing Wednesday at the Bookbindery on Broad near the new Whole Foods. IT firms and construction workers!!