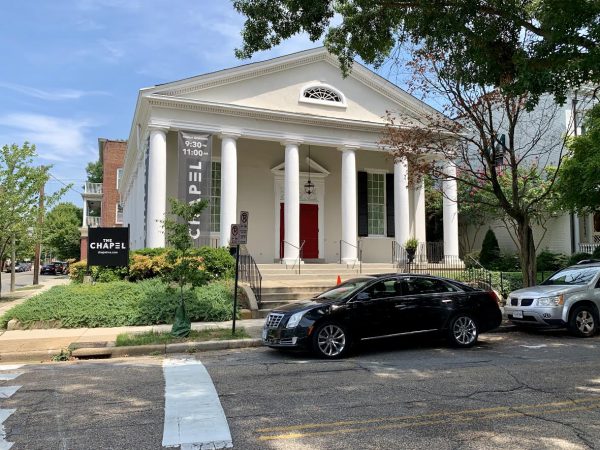 After nearly 15 years at 1836 Park Ave. in the Fan, The Chapel is moving its downtown campus to Scott’s Addition. (Photos by J. Elias O’Neal)

The Chapel, a church that has operated its Fan location at 1836 Park Ave. since 2005, is relocating to part of the former Signs Unlimited building at 1808 MacTavish St.

Jason Nicholas, pastor of the church’s Fan campus, said The Chapel is hoping to renovate about 11,000 square feet of the 18,000-square-foot building into a new sanctuary and meeting place by the second quarter of 2020. The building is owned by Spy Rock Real Estate, a Richmond-based developer. 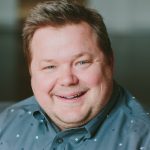 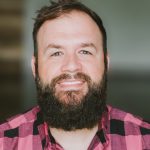 Once completed, it will be the neighborhood’s first fully functioning church.

“For us it’s about growth,” Nicholas said. “We have run out of room at our campus in the Fan, and thought this would be a wonderful location for our new downtown campus.”

Coinciding with the move, the church sold its Park Avenue property this month for $685,000. The buyer was an entity tied to Nimisha Parikh, according to city real estate records. It most recently was assessed by the city for $728,000. Parikh could not be reached for comment Tuesday afternoon.

Plans call for the new Scott’s Addition church to include a 4,000-square-foot sanctuary, a nursery, several meeting rooms, a lobby and offices for the church’s administration.

Nicholas said The Chapel’s senior administrators are working with Spy Rock on the demo and renovation of the former warehouse space. He did not comment on how much the church will invest in the move.

Spy Rock purchased the property this year for $1.5 million, with the intention of rehabbing it into commercial and office space.

The Chapel’s two campuses are overseen by Lead Pastor Brandon Samuel. The individual campuses are operated by separate pastors, Joel Gregori in Chesterfield and Nicholas in the Fan. 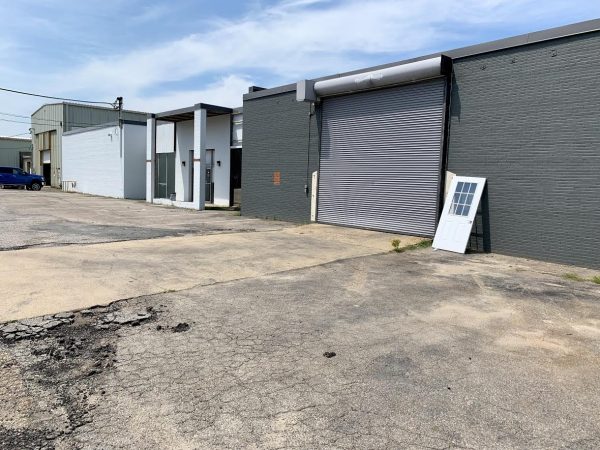 The Chapel is relocating into 11,000 square feet of the former Signs Unlimited building at 1808 MacTavish St. that was purchased earlier this year by Spy Rock Real Estate.

Nicholas said the Park Avenue location has had a surge in new attendees from all over the city and region. He said the most striking growth has been families with children – typically a positive economic bellwether for healthy residential growth in a neighborhood.

“There are so many kids,” Nicholas said of its chapel in the city. “Moving from the Fan to Scott’s Addition will give us so many opportunities to add more families, and appeal to younger working professionals.”

Then there’s the Scott’s Addition neighborhood itself, which has quickly become one of the most dynamic residential, entertainment and creative office hubs in the region.

“You just can’t beat the location,” Nicholas said. “By being in Scott’s Addition, it gives our congregation access to so many amenities, the restaurants and breweries. This move allows us to grow our ministry in the center of one of the fastest-growing neighborhoods in the city.”

Once operational, Nicholas said The Chapel would look to expand its student ministry, along with forging new partnerships with its neighbors to hold true to its mission of feeding the homeless and helping those in need in the surrounding area. It also plans to expand its nursery for its congregants and provide additional services on Sunday.

“We plan to have a 9:30 a.m. and 11:30 a.m. service,” Nicholas said. “We’re also looking to add a few additional services. … possibly late enough to where people could grab dinner before or after service in the evening.”

I don’t think it’s the neighborhood’s first church. The Alpha and Omega Missions Bible Church has operated at the corner of Altamont and West Marshall in Scott’s Addition since 2009. Other congregations worshiped their for years before, as it appears to be a fairly old church building. I think we need to be careful about going around town and saying this is the “first” anything. It can be offensive to those who have lived in the neighborhood for many years working hard at what may have actually been the “first” thing, long before somewhere becomes the hot “new” place to… Read more »

Anyways, why is there reporting on church movement on RichmondBizSense? Did churches start paying taxes and I missed that news? Not a business, nor do they pay taxes…

agree. I found the fact the old building was sold very interesting. It will be redeveloped I’d assume

I suppose it depends on what “fully functioning” means as it relates to a church.

Didn’t realize that churches were permitted uses in the B-7 Mixed-Use Business District.

The Religious Land Use and Institutionalized Persons Act of 2000 protects houses of worship from being discriminated against by substantially undue burdens put upon by zoning restrictions, but doesn’t give them a free pass in zoning. In the Zoning Ordinance, churches are clearly stated as permitted uses in the Residential Zones but do not appear in the list of permitted uses in the B-7 Zone.