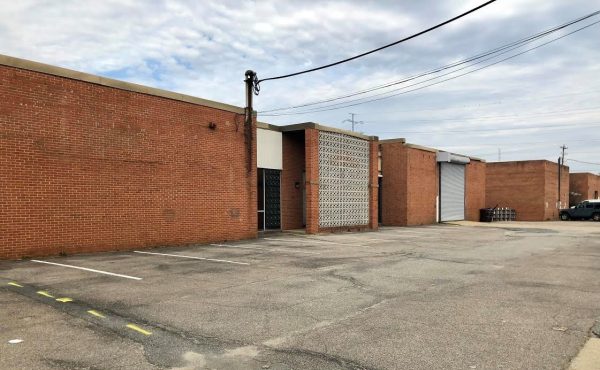 For the latest addition to its growing portfolio, a local development firm has acquired another property in one of the city’s most sought-after neighborhoods.

Signs Unlimited vacated the property in 2017 after the company was sold to commercial printer Worth Higgins & Associates. Operations housed in the 18,000-square-foot warehouse later were transferred to Worth Higgins’ Henrico campus.

Spy Rock principal Andrew Basham said the firm plans to renovate the building to accommodate a mix of commercial and light manufacturing space for a sole user or multiple tenants. The site includes 40 parking spaces, which Basham said makes it attractive for potential users.

“There seems to be a lot of interest from businesses looking for a hybrid between office and industrial,” he said.

Basham did not disclose a timeline or cost estimate for the project. The property is located outside the Scott’s Addition Historic District and does not qualify for historic preservation tax credits, he said.

Matt Anderson and Wood Thornton of Colliers International have been retained to lease the space, which is being designed by Richmond-based Fultz & Singh Architects. Basham said a general contractor has not been selected.

The property adds to Spy Rock’s holdings in Scott’s Addition, which is also home to the firm’s headquarters at 1310 Roseneath Road.

Across the street from the Signs Unlimited building is the $33 million redevelopment of the former Symbol Mattress property at 3200 Rockbridge St. that the firm helped organize and lead. The three-building new-construction project was developed by Spy Rock and Washington, D.C.-based Holladay Corp., and consists of a 60,000-square-foot commercial building and 202 apartments.

Work is underway on Spy Rock’s latest development on the site of the former Interbake Foods warehouse property at 947-949 Myers St., where the firm and local contractor Stanley Shield are developing a five-story building with four levels of residential units above ground-floor commercial space.

Spy Rock has entered into a long-term lease with United Methodist Family Services to develop 4.5 acres fronting the campus along Broad Street with a mix of apartments and commercial space.

The firm also has its sights set on the Westwood Avenue area just beyond Scott’s Addition in Henrico County. Basham said the firm has not secured any properties in the neighborhood, but added that the ease to assemble multiple parcels into one large property makes the area attractive for investment.

“We haven’t purchased anything. But it’s a great location,” Basham said.

One has to love Spyrock! Companies scour America for real estate opportunities and Spyrock finds all theirs within one mile of their office. Riley Lowe once told me that all real estate is local; he didn’t like to venture more than ten miles from his home. SPyrock finds theirs just down the block.