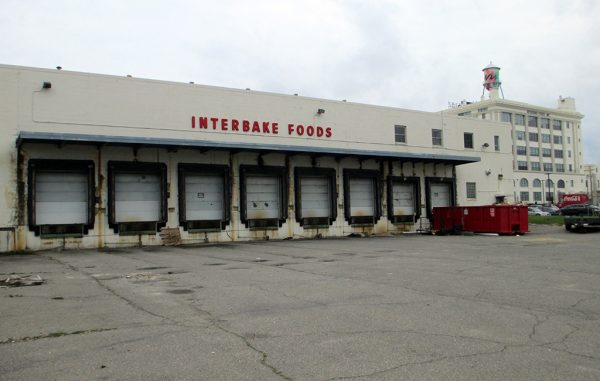 Plans for a prime piece of Scott’s Addition-area real estate have changed along with its ownership, following a pair of land deals including the neighboring River City Roll bowling alley site.

The group is eyeing the properties for a mixed-use development that would include residential units above commercial space, with surface parking filling out the nearly 2.5-acre Myers Street property beside the almost-open bowling alley and the Cookie Factory Lofts.

The same day, the group purchased the neighboring River City Roll site at 939 Myers St. for $2 million. The 1.7-acre property was most recently assessed at $2.29 million.

Spy Rock principal Andrew Basham said the bowling alley’s long-term ground lease for that property is unchanged by the sale.

Both properties had been owned by entities led by Midlothian-based Rebkee Co.

For the Interbake warehouse site, Rebkee, along with developers Dan Gecker and Steve Leibovic, had initially pondered a three-story, 64,000-square-foot office building. That group, which redeveloped the adjacent Interbake building into the Cookie Factory Lofts, had been gauging market interest since announcing the project last June.

Basham said he didn’t know what changed with that plan.

Rebkee principal Rob Hargett said Spy Rock and Stanley Shield would do well with the property, adding that Rebkee continues to own the Interbake apartments and is a passive investor in River City Roll. 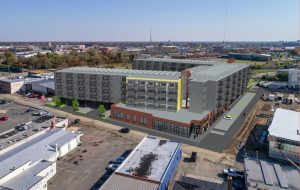 “We all have a really good relationship with the partnership that owns Interbake,” Basham said. “It was something that they decided they didn’t necessarily want to build right now, and it was an opportunity for us to step in. They knew we would perform, and we like the real estate.”

A development plan submitted to the city shows a five-story building with four levels of residential units above ground-floor commercial space.

Basham said the project remains in the works and the group is awaiting feedback from city planners.

“We are going to build a mixed-use building there and follow the TOD zoning which is in place for that site,” Basham said, referring to the “transit-oriented nodal district” zoning that City Council created for the Scott’s Addition area last year.

“We won’t start construction until late summer, early fall. We’re still working through all the details of what will ultimately be there.”

The existing warehouse and a one-story building at 949 Myers St. would be razed for the development. Residential units could range from one to three bedrooms and 700 to 1,500 square feet. Plans call for the building façade to include a brick veneer, Hardiplank siding, steel-frame balconies and aluminum storefronts.

The development plan was submitted by engineering firm Balzer and Associates. Architecture firm ADO drew up the designs.

Basham said whatever is ultimately built would complement the area and River City Roll, which has been in development for months and is set to open next Tuesday.

“We first and foremost want to be supportive of the River City Roll guys and their project,” Basham said.

He said the Interbake project – referred to in the development plans as “Interbake Phase Two” – would also take into account plans for nearby properties, such as the Science Museum of Virginia’s recently announced plan to build a parking deck between it and the Children’s Museum of Richmond. 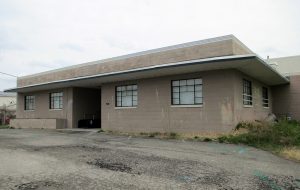 A one-story building at 949 Myers St. would be razed for the development. (Jonathan Spiers)

That plan includes a park that Basham said would also be considered, along with the Pulse bus rapid transit line along West Broad Street and potential pedestrian connections with The Diamond and Washington Redskins training camp sites.

“Ultimately, if something happens at the Redskins park, we’ll be in a good position to take advantage of that whole redevelopment as well,” Basham said, referring to negotiations underway regarding the fate of future training camps there.

“I’m sure that’ll be a public-type redevelopment, but anything that the city does there will be beneficial to the greater public and also to those of us who own real estate around the edge of all that public property over there,” he said, noting as well the former Virginia Workers’ Compensation Commission building at 1000 DMV Drive.

Basham said a cost estimate for the project has yet to be determined. He would not disclose how many Stanley Shield principals are involved with the group.

Spy Rock is behind such Scott’s Addition projects as the former Symbol Mattress Co. site and The Preserve in Scott’s Addition apartments. The firm is also working in that neighborhood on a retail-office conversion of the McKinnon and Harris building at 1806 Summit Ave.

Spyrock continues to roll along the Boulevard with this acquisition. There seems to be end to the energy of these guys to change the face of the Scott’s Addition area. And so far, I hear no complaints about their sense of style and architecture. All is good.

I don’t love how that building looks, could be better, but at least it’s only mildly ugly and maybe will be improved

I Think that will happen once the new stadium for the Flying Squirrels debate gets solved “Hopefully with a new stadium built on the ABC warehouse site. Then you will see everything from the the Railroad tracts to I-95 to the old Pet Dairy and back down Hermitage Rd back to the Rail Road Tracks again become a massive prime location for a mixed use development and entertainment district with Condo’s and Town-homes. This would create a huge Live, work, play district from I-195 to I-95 to Broad street and Hermitage Road. It will take a few years but it… Read more »

The land values are likely too high for townhomes and lower density affordable owner occupied. I imagine as time goes by a good number of the historic tax credit apartments will convert over to condos that will likely be relatively affordable. To get the full value of the tax credits these places have to be income producing properties for at least 5 years. After that they can do condo conversions and many times that is part of the developers pro forma.