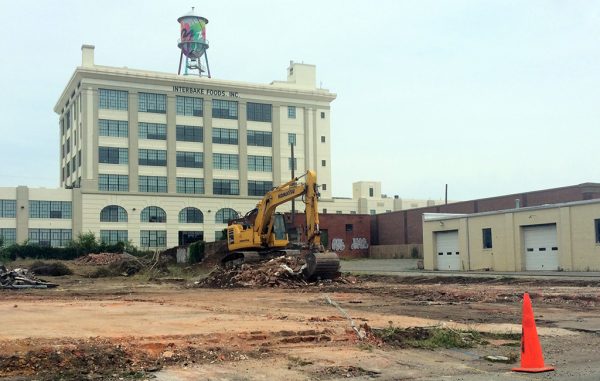 The heavy equipment is humming at 939 Myers St. to make way for the neighborhood’s newest entertainment option.

The venue will take shape on 2 acres a block east of the Boulevard, across from Scott’s Addition. Crews recently tore down three storage buildings that were once part of the neighboring Interbake Cookie factory, which has since been redeveloped into the Cookie Factory Lofts.

The group is targeting an early 2018 opening for the 22,000-square-foot facility, which it describes as a high-end “boutique” bowling alley.

“We really are aiming for River City Roll to be a destination,” Long said. “This is a project that is going to add a much-needed amenity to the area and the city.”

Each of the bowling alley’s 20 lanes will be named for a Richmond street or landmark and include leather seating and custom tables, where wait staff will deliver drinks and food. 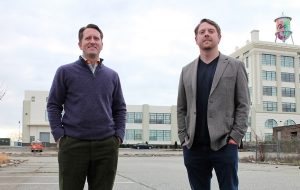 The venue will include shuffleboard, Skee-Ball and a stage for live music. Long said it also will include private event space and lanes that can be sectioned off for large parties or corporate events.

Plans also call for an 1,800-square-foot covered patio with a fire pit and adjoining garage doors to help open up the building’s interior. A bar space will be equipped with TVs and serve beer from local breweries.

Mechanicsville-based QubicaAMF Worldwide has signed a contract to provide the facility’s bowling equipment and entertainment systems.

River City Roll’s construction adds to a bevy of activity in the surrounding blocks.

Next door to the bowling alley, Midlothian-based Rebkee Co. and developers Dan Gecker and Steve Leibovic are planning to raze the Interbake Foods Warehouse at 949 Myers St. to make way for a 63,800-square-foot, three-story office building.

AAA is set to convert the Woody’s Auto Service building at 929 Myers St. And Midas of Richmond purchased the former North American Transmission building at 1208-1216 N. Boulevard in April.

River City Roll will have other entertainment venues to compete with, as two bar-arcades are coming to nearby in Scott’s Addition. The Circuit is in the works at 3121 E. Leigh St. and the other, dubbed Bingo, will fill the former bingo hall at 2900 W. Broad St.

Long said the growing interest in the city is helping demand for more activities in the neighborhood.

“We want to be a team player in Scotts Addition,” Long said. “The better the neighborhood as a whole does, the better each business will do.”

This is what is so interesting about the redevelopment of Scotts Addition. The players are thinking out of the box, bringing entertainment into the mix.