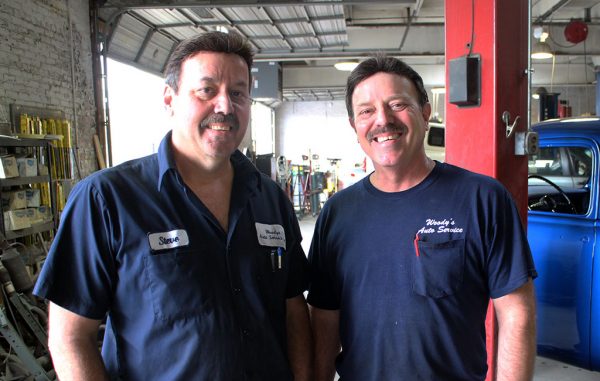 A 1920s-era Boulevard building that recently sold for $1.43 million will see its decades-long tradition of auto service continue.

AAA is set to convert the Woody’s Auto Service building at 929 Myers St., across Boulevard from real estate hotbed Scott’s Addition, into a modernized service center that will expand on Woody’s footprint and history.

Woody’s co-owner Glenn Payne, who with his brother Steve purchased the 0.7-acre property in 2002 for $212,500, said AAA plans to add onto the back of the main building, built in 1928, to make it an eight-bay service center with offices fronting the street.

Payne said plans he’s seen show the building’s front brick façade would be preserved. A second, smaller building on the site would be demolished.

Payne said the Woody’s site initially was under contract to be purchased by Rebkee Co., the Midlothian-based developer that turned the adjacent Interbake Foods building into the Cookie Factory Lofts. Payne said he and his brother were not actively marketing the building for sale when Rebkee first approached them a couple years ago.

“Not long after they backed out, this company MPV, from Charlotte, approached us and offered the exact same thing that (Rebkee did),” Payne said.

“To be honest with you, I’m sad to see it go. But the opportunity came along,” he said. 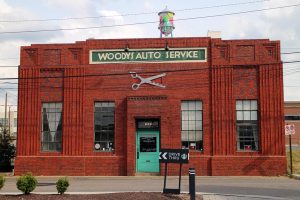 Messages left for multiple MPV representatives over several days were not returned.

The Paynes were represented in negotiations by Nathan Shor of S.L. Nusbaum Realty. He said MPV liked the Woody’s property so much that it was looking at potential restaurant or retail tenants if AAA didn’t want it.

“AAA came back and said they wanted it,” Shor said.

He said permits for the project have been filed with the city and construction would start in late May or early June. Attempts to obtain copies of those permits were unsuccessful Monday.

Payne said Woody’s is required to vacate the property by April 28 and AAA would take possession May 15. Smoke & Mirrors Salon, which leases part of the building from the Paynes, is set to vacate by the end of the month.

As for the Payne brothers, both plan to take a few months off before making their next moves.

After 38 years at Woody’s – the first 10 working under original owner Bernard Woody before he and Steven took over the business – Glenn said he will move up the street to Mincz Tire Service on Altamont Avenue, just off Boulevard in Scott’s Addition, where he plans to work three days a week. Steve said he is still deciding what to do next.

Glenn said it’s bittersweet to let go of the business he and Steve ran since 1989, when its namesake retired and sold them the shop. Since then, they have seen the Boulevard corridor and neighboring Scott’s Addition through lows long before their recent surge in popularity.

“This neighborhood really went way down for a long time, with a lot of homeless people hanging around on corners and in front of the shop. It was really bad for business here for a while,” Glenn said. “Scott’s Addition they’re just building up as condos and apartments, going up everywhere.”

“I have mixed feelings about it,” Steve added of selling the business. “But the opportunity presented itself.”

These guys have been like family! Always there to help me “patch” things together to last a few hundred more miles!

Always new I could trust their work and even more importantly their word!

So thrilled for the Payne Brothers!

Yeah really, why would all those new residents in that area need a auto center? Let them drive miles out of their way to get their car serviced.

That was sarcasm by the way

FWIW – There are several independent auto service centers and garages throughout the Fan. I live in Chesterfield but work in the Fan, and since I first arrived in RVA 30+ years ago I’ve used Carrols – in the Museum District and blocks from Carytown proper.

Jack Smith you forgot to mention Transmission Repair, Diaper Sales, Auto Parts, Tire and Wheel Repair, Strip Joints, etc…in your list that this is “smack dab in the middle” of…sort of a selective list I’d say.

Jack Smith – I disagree. This is a full service AAA office that happens to also fix vehicles. So, I could drop off my car for service, go to a restaurant, go bowl or see a movie, and then come back to the AAA and plan a vacation, look at cell phones for my elderly parents while looking at driving safety issues for my teen driver. Seems a great fit.

I was initially underwhelmed that this cool building would be a car-care center, but I think Bert is right: Scott’s Addition/Boulevard is becoming an actual walkable neighborhood, in the best and most traditional sense of the word. Traditional neighborhoods allow people to meet their daily needs with as little driving as possible. Residents can now meet plenty of dining, imbibing and recreational needs, and walk to work in Scott’s Addition. And with the new Aldi, they can get basic groceries. The Pulse will help too. With some car-care places, you can drop your car off and walk home or to… Read more »

It’s unfortunate that these types of businesses are scooping up the cooler real estate along Boulevard. I was hoping that this would be a new event space, retail, or restaurant/bar location. The cool old building will have a big ugly AAA sign slapped on it. The invasion of corporate purchases will also make it less affordable for interesting businesses to move it. When you tell visitors to check out a cool area of town, this type of business does not fit the picture.

In addition to the article on Woody’s Auto Service, Me and Steven would like to recognize Ronnie Bowen ,who has been our service manager for 27 years,Ronnie has been a dedicated employee, he is loved by our customers and is like a brother to me and Steven.We appreciate his loyalty and professionalism that he has provided throughout the years.Thanks so much Ronnie for all that you have done for us.You have been the backbone for Woody’s Auto Service, we could not have done it without you.We love you man!!!