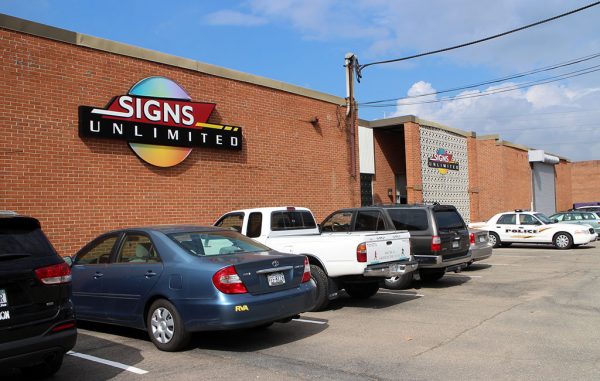 Calling an end to a 34-year run, a Scott’s Addition-based sign shop is joining forces with a commercial printer on an acquisition streak.

Signs Unlimited has been sold to Worth Higgins & Associates, marking the Henrico-based printing company’s second local acquisition this year.

Terms of the deal, completed Oct. 1, were not disclosed. In a release, Worth Higgins said it expects the acquisition to generate an additional $2 million in annual sales.

Benny Bowman, Worth Higgins’ president and COO, said discussions with Signs Unlimited owner and founder Carol Stanford began about a year ago, after several years of collaboration.

“Carol was looking for an exit strategy, and it evolved over the past 12 months,” Bowman said.

“We’ve been a trade partner with Signs Unlimited for years. They do things that we don’t necessarily do and vice versa, so when we have a project that might require each other’s services, we’ve supported one another,” he said.

Stanford, who started Signs Unlimited in 1983, will join her employees who are moving over to Worth Higgins, bringing the company’s employee count to about 200.

“It was time for me to think about transitioning,” Stanford said. “I don’t plan to retire, but I was interested in selling the business and having a very good place for my longtime employees to continue to grow.”

Bowman said Signs Unlimited will continue under that name as operations transition over the next nine months to Worth Higgins’ Henrico campus at 8770 Park Central Drive.

“We purchased the name. Eventually it will transition,” Bowman said. “As long as it brings a value, we’ll continue to call it Signs.” 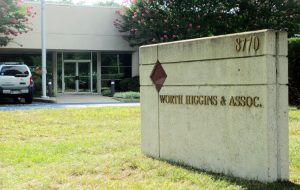 Worth Higgins is headquartered at 8770 Park Central Drive. (Jonathan Spiers)

“Eventually I’ll sell it,” Stanford said. “It’s a crazy time in Scott’s Addition. When I bought this warehouse over 30 years ago, they thought I was crazy. Now they don’t think that.”

Bowman said the acquisition expands Worth Higgins’ capabilities, which he said included sign-making, just not the types of signs that Signs Unlimited produces.

Where Worth Higgins focuses on sheet-fed commercial printing, with services that include conventional print, digital printing, letterpress printing and promotional products, Bowman said Signs Unlimited specializes in exterior signs, such as those it’s installed for VCU Health, as well as way-finding or directional signs and ADA-compliant signage that incorporates brail.

“It diversifies our services, because we don’t have a lot of crossover,” Bowman said. “We’re both in the signage business, but we don’t do the same kind of signs. So the combination will make us more valuable to a lot of maintenance facilities managers and general contractors.”

The acquisition comes five months after Worth Higgins’ latest deal, when the company, founded in 1970, purchased locally based Stern’s Printing and Engraving Co. in May. That deal followed several other acquisitions the firm has made since 2009, when it completed its first acquisition: Vienna-based Billet Printing. Other deals since have included Richmond-based Page Stationery and Petree Press in Sterling.

While Worth Higgins is open to more deals, Bowman said, he expects Signs Unlimited to be its last for a while.

“I think we’ve swallowed enough right now,” he said. “We’ve got to sort it out, but I wouldn’t say never. We’ll probably have another one next year at some point.”