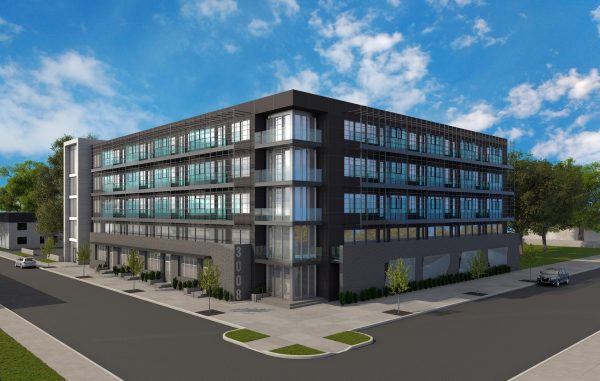 Coined Scott’s Collection One, this five-story, 80-unit building at 3000 and 3008 W. Clay St. will be one of several apartment buildings developed by Henrico-based Capital Square. (510 Architects)

As it makes its first foray into from-scratch development, a local real estate firm has closed on the first piece of what’s planned to be three buildings, including an 11-story tower, in one of Richmond’s most sought-after neighborhoods. 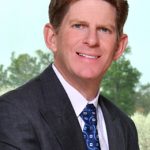 The firm, based in Innsbrook and run by founder and CEO Louis Rogers, is also under contract to purchase nearby 2911 W. Moore St., where an 11-story, 250-unit apartment building will rise as the tallest in the neighborhood, as well as 3000-3008 W. Clay St., which will house a five-story apartment building with 80 apartments and on-site parking.

“The time for us to move forward with this is now, because Scott’s Addition – and much of the city – is on fire,” Rogers said. “Typically, we’re the ones to invest in such a project after it’s been developed and has been in business for a while, but given what’s happening in the market … We think it’s time to invest in the market.”

Capital Square has added to its ranks as it transitions into development.

They’ll oversee the Scott’s Collection’s development, along with additional acquisitions across the region.

“We see (Scott’s Collection) as being a prototype of what we want to further invest in across the city, and cities similar to Richmond,” Stifel said. “We’re looking at places here, such as Manchester, and in other cities, like Raleigh and Washington, D.C., for similar deals.” 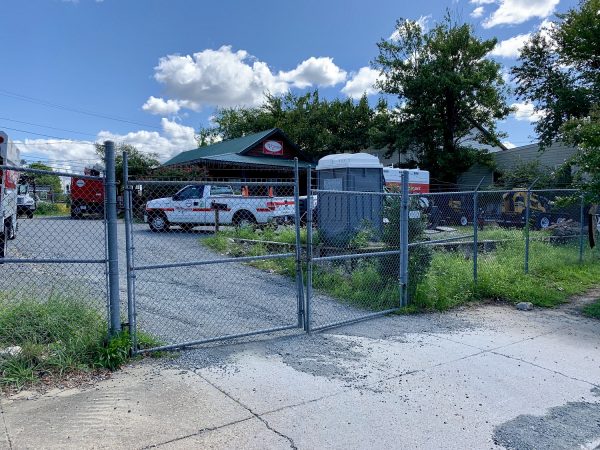 The Truetimber Arborists site at 3008 W. Clay St. in Scott’s Addition will be razed and turned into a five-story, 80-unit apartment building. (J. Elias O’Neal)

Scott’s Collection One, to be built on the half-acre at 3000-3008 W. Clay St., will be the first of the three to begin construction, Rogers said. The property currently has a two-story home and a facility for Truetimber Arborists. Capital Square expects to close on that site next month and will spend $17 million to develop it. The property most recently was assessed by the city for about $1.1 million.

Next would come Scott’s Collection Two at the Clay Street site Capital Square bought July 18.
The half-acre site had been marketed as a potential food hall, but those plans never materialized. Three small existing structures will be razed to make way for the $13 million second phase. The properties most recently were assessed by the city for $1.1 million, according to city real estate records. 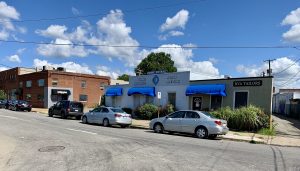 An assemblage of now vacant buildings, that was once slated to be a food hall, has been purchased by Capital Square for $1.6 million as part of its Scott’s Collection development. (J. Elias O’Neal)

Construction for both Scott’s Collections One and Two would begin around the end of the first quarter of 2020, taking about 12 to 18 months to complete, Stifel said.

The biggest and final piece – the $52 million Scott’s Collection Three – will rise on the 0.7-acre West Moore Street parcel, where a warehouse and storage facility currently stands at the corner of Altamont Avenue. It most recently was assessed by the city for $1.5 million, according to city real estate records.

The site is zoned TOD-1, or “transit-oriented nodal district,” which allows for buildings up to 12 stories and reduces parking requirements along the Boulevard, Myers Street and West Broad Street corridors bordering Scott’s Addition to the east and south. Scott’s Collection Three will be the first new development to take advantage of the new zoning and go up to nearly the limit of its height restriction.

The tower also will include ground-floor retail fronting West Moore Street, and a pool and gym to be shared by all residents in Scott’s Collection’s three properties. Construction could start by the end of the second quarter of 2020 and take about two years to finish.

Capital Square has retained Richmond-based 510 Architects to design the buildings. Rogers said the firm still is interviewing general contractors to construct the buildings.

Rogers said acquiring property to develop on its own strays from Capital Square’s playbook.

For years, the company has invested in a variety of properties across the U.S., ranging from apartment communities to dialysis centers, by pooling money from investors looking for a 1031 exchange.

But with local real estate growth besting national averages, and demand for new multifamily housing remaining strong in the city, Rogers said it was time for Capital Square to step out on its own turf to explore development as a new source of investment.

“First we were going to outsource the development to Adam’s firm, but then we decided, ‘We have people, we have all the resources, we have all the things you would need, why duplicate them?’ So we did an immersion,” Rogers said.

Its new direction will be funded with a mix of private equity and Opportunity Zone funding.

The program, which was created by President Donald Trump’s 2017 tax package and is overseen by the U.S. Treasury Department, reduces capital gains taxes for investors that help finance real estate projects in about 8,700 census tracts designated as Qualified Opportunity Zones across the U.S. and Puerto Rico.

About 212 Opportunity Zones were created in Virginia, according to the Virginia Department of Housing and Community Development. While the program was created to help economically depressed areas, the Virginia zones chosen include several increasingly popular neighborhoods across Richmond, such as Scott’s Addition.

Capital Square has created three separate opportunity zone funds for the three developments, where it seeks to raise $7 million, $4.5 million and $21 million in equity for Scott’s Collections One, Two and Three, respectively.

Opportunity Zones allow investors tax advantages on the proceeds from the sale of just about anything, as opposed to 1031 exchanges, which apply only to avoiding capital gains taxes on the sale of real estate.

“1031 exchanges are great for real estate investors,” Rogers said. “But the Opportunity Zone covers any capital gain, so if someone sold stocks or bonds, or their business, or assets … this gives them an avenue for further investment.”

These look like good projects, but weren’t they already announced?

I believe they were, but I think the focus of this transaction is that these projects are being purchased prior to construction even starting much less waiting until after they are stabilized. Another aspect of the article not previously reported on with the original announcements is the use of Opportunity Zone funds. This is an emerging method of obtaining financing and will be an important trend to monitor in the coming years.

agree wholeheartedly on opportunity zones. It’s going to be a huge pump to Scott’s Addition, which justifies investment even without huge tax advantages.

I missed the part these were purchased, I thought this was the same group that had previously announced

I am still waiting for Richmond to finally break the 30 story mark on a building, hope that happens sometime soon.

Don’t hold your breath. Won’t get done for residential because the market is simply not there. As for Office, there isn’t any market to a spec building like that so the only way it will get done is for a large corporation to consolidate into a downtown headquarters. Dominion might have been the last chance for that for a while. Cap One is comfy out in the exurbs and there are not really any other corporations around Richmond able to pull off 30 stories. The other issue is parking. Since there is not good public transit reaching out to the… Read more »

So our taxes are funding gentrification. Too funny. Are the wages here really strong enough for all these over priced apartments? Two bedroom for $1,900. A $300,000 home is about $1,900 a month. I’m sure I’m a minority opinion since this is Richmond Bizsense but still feel it’s worth putting out there.

Gentrification as in raising the cost of living. I don’t think it’s unreasonable to point out that these rent prices – for residential and commercial space – are unattainable for a large percentage of our population. High rent is a major issue when we evaluate the health of our economy. But it seems cliche to mention on this platform, go figure.

The main driver of housing prices is supply/demand and adding more housing ultimately helps reduce the cost of housing. However, as great as demand has been we aren’t anywhere near a saturation point. I can’t see any reason to fault developers for building more housing, but we could ask city council to implement rent controls. I know of people who are seeing pretty crazy rent increases right now.

Justin, your statement is somewhat true, although you’ve left out the influnce of macro economics in your analysis. I don’t fault developers for development, I fault their greed for their price points and use of tax money to increase their profit. Pretty much any reputable study will tell us that as nation we are being suffocated by rising rent. I suppose we’ll continue to pretend that’s not happening as long as we’re the ones profitting.

Ashley, what are your proposed solutions then? Surely you aren’t going to say that you hope developers do their work pro-bono and donate new buildings to the state to do what they please with them, are you?

Have you looked at Denver, Raleigh, Charleston or Austin?

Isn’t what your are seemingly against happening all over the country?

Besides a lot of the younger people moving in there have roommates. While $1,900 a month may not be doable for a large portion of the population, $950 a month is. Plus it depends on what utilities are included. If you can eliminate some of your other bills you would have with a $300k house it starts to make more sense. And that doesn’t even include the mobility that is a trademark of the younger generation, especially after many saw their parents get burned with owning a house a decade ago. Not everyone wants a house where they have all… Read more »