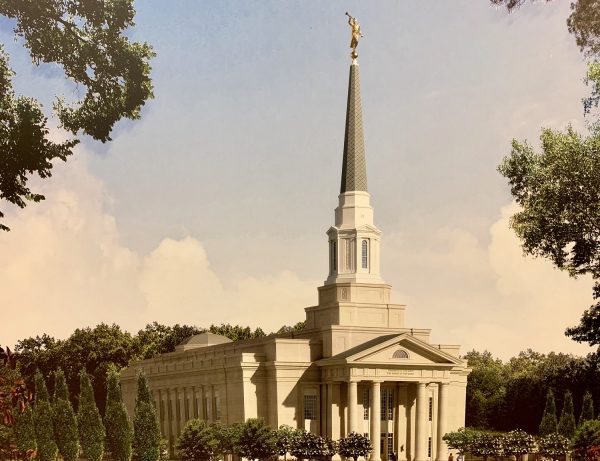 Hundreds gathered Wednesday evening for a chance to review plans for the proposed temple, which would rise at 10915 Staples Mill Road and include a two-story, 36,200-square-foot temple and an adjacent 16,200-square-foot meeting house.

Wednesday’s gathering, held at the Richmond Stake Center of the Church of Jesus Christ of Latter-day Saints at 2500 Pump Road, included local, regional and national Mormon representatives, including several from the church’s home base in Salt Lake City, Utah. 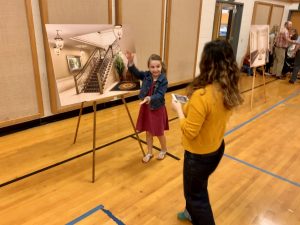 Hundreds of members gathered to view several displays of the interior and exterior of the Church of Jesus Christ of Latter-day Saint’s first temple in Virginia.

Plans, which were first reported by BizSense in March also call for a large steeple capped with a golden statue of Mormon religious figure Angel Moroni.

Bill Williams, the church’s director of temple design, said buildings at the Henrico complex will incorporate several Jeffersonian and Georgian architectural elements, with much of its inspiration coming from Thomas Jefferson’s Monticello estate.

Pending approval, Doxey said construction could begin by the late second quarter, or early third quarter of 2020, roughly taking about 24 to 30 months to complete. The site will not require rezoning.

Utah-based general contractor Jacobsen Construction Co. has been tapped to build the temple; while Salt Lake City-based Richardson Design Partnership, which has designed several temples for the church on the West Coast and in Japan, has been retained as the architect.

“We have instructed our general contractor to work with as many local subcontractors as possible,” Doxey said. “At any given time, depending on where they are in the construction process is going to employ 50 to 150 workers, so it’s important that they work to retain local talent.” 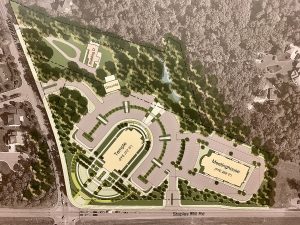 The future temple will occupy much of the 11-acre campus near the intersection of Staples Mill and Mountain roads.

The site would include extensive landscaping and more than 240 parking spaces, with access via Staples Mill and Mountain roads. A small maintenance building also is proposed for the site, while an existing two-story residence at 4151 Mountain Road would remain.

Brent Roberts, managing director of the church’s special projects department, said planning the new temple has been a two-year process.

Beginning in 2017, church leaders quietly assembled the collection of three parcels along Staples Mill and Mountain roads for about $2.3 million, according to county property records. That includes an 8.1-acre parcel purchased from Marchetti Properties that will be home for the temple and meeting house.

While Roberts would not disclose an overall price tag for construction, he said all the funds for the project were raised by members of the church.

Once completed, Roberts said the location could serve the more than 100,000 members who reside in the state, with roughly 12,000 to 15,000 of those spread across central Virginia.

The closest temples for practicing Richmond-area Latter-day Saints are more than two hours away in Kensington, Maryland, near Washington, D.C., and Apex, North Carolina, outside of Raleigh.

There is also a Temple in Buena Vista, VA, which is also close to 2 hours away from Richmond.

Any building in Buena Vista would be a meetinghouse or Chapel, as opposed to a Temple. Here’s an article explaining the difference. “Of Chapels and Temples: Explaining Latter-day Saint Worship Services”
https://newsroom.churchofjesuschrist.org/article/of-chapels-and-temples-explaining-mormon-worship-services

This will be a wonderful addition to the Richmond area. Love the architectural design.

Actually, there is not a temple in Buena Vista, VA. Southern Virginia University is there, but no Temple.