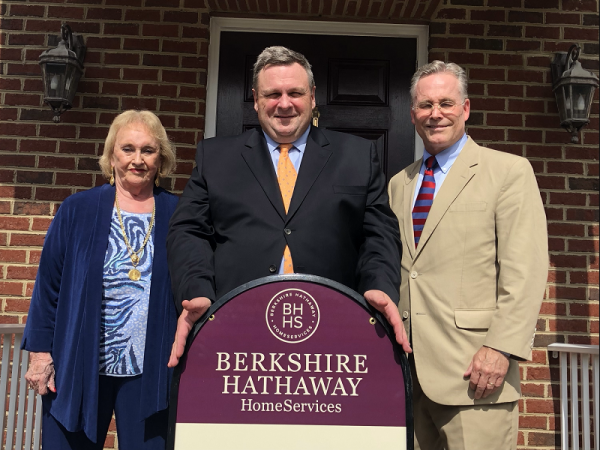 Some longstanding names in Richmond residential real estate are uniting under the same flag through a recent acquisition that’s one of several moves a national brand is making to enhance its local presence.

Ray Ferguson, who leads BHHS locally as regional vice president, said the deal symbolizes a passing of the torch to the next generation of several prominent families in the Richmond real estate business.

Bill Eudailey, who died in 2013, led Real Living Eudailey Real Estate with his wife Barbara, who remains a licensed agent along with their son, Blake. Both are among the roughly 20 Real Living Eudailey agents coming over to PenFed Realty as a result of the acquisition – Blake as an associate broker, Barbara in a quasi-retired role.

Add to that: Ray Ferguson, whose three decades in real estate included a 24-year stint with Joyner Fine Properties, joined BHHS last October to replace Earl Jackson as regional VP when Jackson retired. Jackson previously led Prudential Slater – founded in 1937 by Winfree Slater, Jackson’s father-in-law – and oversaw its transition to the Berkshire Hathaway brand in 2014. Ferguson met and worked with Jackson when he was at the Slater brokerage in the early 1990s.

“It’s kind of three families have come together and are continuing the legacy,” Ferguson said.

Eudailey said talks about joining up with BHHS started two years ago with Earl Jackson after his alignment with the brand. While Real Living Real Estate had by that time become a network brand of HSF Affiliates LLC, owned by Berkshire Hathaway affiliate HomeServices of America, Eudailey said he and his mom took note when Berkshire Hathaway launched its own real estate brand.

“We were very envious of the actual Berkshire Hathaway franchise, so when Earl Jackson changed his office to PenFed Realty, it definitely caught my eye, and I knew that was something to be reckoned with,” Eudailey said. “PenFed Realty is a pretty serious player with that credit union (Pentagon Federal Credit Union) behind them.”

In addition to the acquisition, BHHS has purchased its Bon Air office building at 2737 McRae Road from Robin Jackson, Earl’s wife, for $1.07 million in a deal that closed Aug. 19. The brand had been leasing the office, which it acquired with Prudential Slater along with another at 910 N. Parham Road in western Henrico County.

And that Parham Road office is being replaced with a new outpost at Regency Square, in a 2,000-square-foot space at 1420 N. Parham Road, beside the recently opened Panera Bread in a newly constructed outparcel at Parham and Holly Hill roads. The office is slated to open this fall. 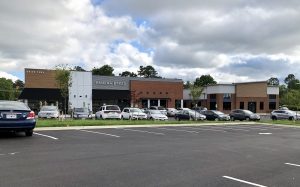 The Regency office will be located beside Panera. (J. Elias O’Neal)

BHHS signed a lease for the space in June. Thalhimer’s Connie Jordan Nielsen, Nicki Jassy and Pam Strieffler represented the company in the lease negotiations.

“The Regency space, that’s a new model for us in Richmond,” Ferguson said. “It’s in a shopping center, it’s got good walkability. It’s something that we’ve not done before in the area.

“The first day I took this job, that was one of the first things that I did: I went over there and I met with the folks at Regency, because I just thought that would be a really good location for us that could give us visibility and also serve the public a lot better.”

Ferguson said the Regency location will mirror the Bon Air office, which will undergo renovations. Ferguson would not put a dollar amount on the work, which he said is about to be bid out to contractors.

“They’re all going to be up to date, modern,” he said. “We’re putting a lot of money in our facilities and in the area because we really believe in Richmond, believe it has a lot of potential and we can really enhance our service and up our game.”

The Eudailey acquisition includes the brokerage’s office at 9012 Three Chopt Road. The Eudailey name will be dropped for the BHHS flag.

BHHS has a fourth local office in Glen Allen, at 100 Concourse Blvd. off Nuckols Road near Wyndham. Beyond Richmond, it has offices primarily in Washington, D.C., Northern Virginia and Maryland, as well as in Florida, Kansas, Tennessee and Texas. In 2018, the company brought in $184 million in sales volume in Richmond and $4.6 billion nationally.

With the Eudailey acquisition, BHHS has about 90 agents in its three Richmond offices and 1,800 companywide. Focused primarily on residential real estate, he said the company’s local listings also include about 300 rental units and some commercial properties.