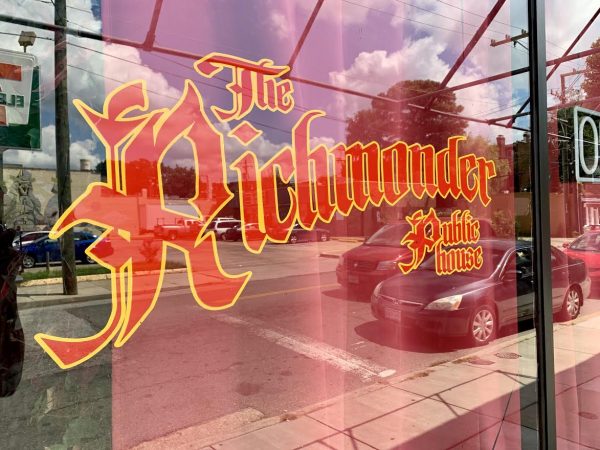 It was nearly 20 years ago that Brandon Jackson and Jonathan Cessna dreamed of someday owning their beloved Richie’s, a former long-time bar at the corner of North Meadow and West Broad streets in the Fan.

“We always were thinking of what we would have done if we had owned the place,” Jackson said. “How we would manage things … how we would make it more welcoming.”

Now, the pair is getting their chance to realize that dream.

Jackson and Cessna are opening The Richmonder Public House at 1847 W. Broad St., the space where Richie’s once resided and most recently home to Emilio’s, which the business partners purchased last spring.

The renaming ushers in a new bar and restaurant concept for a space that has entertained visitors and residents of the Fan for nearly 50 years.

“Part of the strategy for renaming it Richmonder Public House was to make it more appealing to a cross section of people that live in the area,” Jackson said. “What was there was good, but there were some changes that needed to be made.”

Jackson and Cessna purchased Emilio’s last spring from Chad and Shayna Stambaugh for an undisclosed amount. Prior to buying the establishment, the pair helped manage day-to-day operations for about a year.

“It gave us an insight on what we needed to change,” Jackson said. “It was a good experience.” 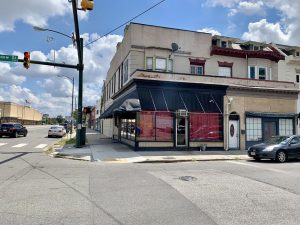 The Emilio’s awning cover has been removed from the building at the corner of North Meadow and West Broad streets to make way for The Richmonder Public House.

Emilio’s was founded in 2003 by Emilio Peiro, a native of Spain who moved to Richmond at the time to help coach the Richmond Kickers soccer team. The restaurant was so popular with diners in the Fan that he eventually opened a location in Chesterfield’s Woodlake area in July 2006, and a third location three years later at Towne Center West in Short Pump.

But Peiro closed his Woodlake and Short Pump locations after landlords for each property locked them out by late 2012, leaving only the Fan location operational.

Eventually Peiro sold his stake in Emilio’s to the Stambaughs, who maintained the operation until last spring.

Jackson said one of the most notable changes at The Richmonder will be the entertainment. For decades, the venue has been a hot spot for jazz singers and bands, even before it was Richie’s or Emilio’s.

“We’re going to keep jazz at The Richmonder,” he said. “People come to expect jazz music and acts at this location, and we’re going to maintain that tradition.”

Rather, the pair has decided to make it more of a “jazz dinner party,” Jackson said. They’ll move up jazz acts to 7 p.m. to 9 p.m. on Thursday and Friday nights to accommodate some of their older clientele. That’ll free up entertainment slots for the younger late-night crowd from 9 p.m. to midnight.

Aside from jazz, The Richmonder plans to bring back more local punk and progressive rock bands, along with DJs to spin a few records on some nights.

“We want high-quality rock bands that are well-known locally,” Jackson said. “We’re still working some of the acts out, but we want this to be a place where people can find something that entertains them.”

The menu also is getting refreshed.

Several of the Spanish tapas that were featured during its run as Emilio’s have been replaced with traditional bar food items such as wings, burgers, fries and mini calzones.

But for patrons longing for a throwback to the Emilio’s days, Jackson said they’ve included a few items, such as empanadas, and chicken and rice.

“It didn’t make sense for us to keep the Spanish-heavy menu,” Jackson said. “Emilio’s had become one of the best dive bars in the city, and we wanted to build on that by introducing bar foods that people were more familiar with to help drive drink sales.”

Aside from its changes to entertainment and food, Jackson said they plan to expand alcohol offerings to include more Virginia distillers.

Jackson said the idea to rename the establishment The Richmonder is to make it more welcoming to a diverse group of people living in or visiting the Fan.

“We want to add our take to this corner,” Jackson said. “There is a lot happening in this area, and we want to bring this place back to the level it was when it was 10, 20 years ago.”

I hope they are planning a refresh of the space. The peeling and missing paint, faded curtains, warped wood around the windows, and the fact that some interior window ledges look like they have not been cleaned in years. The space needs more than a name and menu change.

That didn’t not last; two “Retail Space For Lease “ signs in the windows (one on Broad and other on Meadow) adorn the windows now. Anyone know if the place is officially closed?