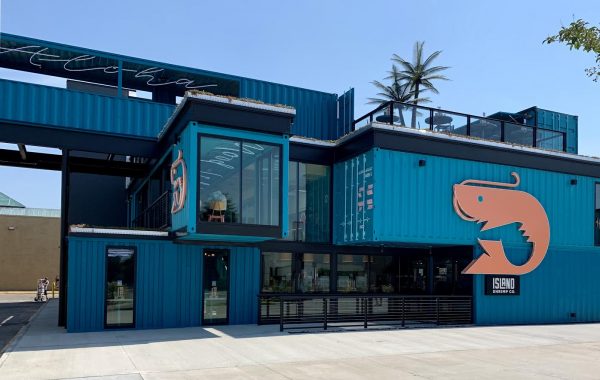 Island Shrimp Co. is the HOUSEpitality Family’s third restaurant concept that will open to the public Sept. 17. (Photos by J. Elias O’Neal)

Island Shrimp Co., from HOUSEpitality Family, which owns the Boathouse and Casa Del Barco, will open Sept. 17 at Chesterfield Towne Center. It’s the first of two new restaurants the company is opening near the mall’s Macy’s concourse facing Huguenot Road. 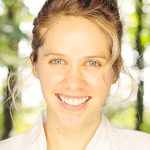 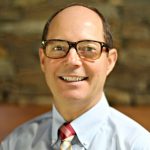 The company was founded by Kevin Healy. His daughter Paige Healy, the group’s chief creative officer, spent several years imagining and designing the 7,500-square-foot Island Shrimp Co. space that was built from scratch.

Years before the group broke ground at the Chesterfield mall, the Island Shrimp Co. brand was in the making at The Boathouse at Sunday Park in Chesterfield’s Brandermill community. Several locals that frequented the restaurant referred to it as the “Shrimp Shack,” Paige said.

Looking to take the concept further, Paige, along with the group’s concept chef T.J. Borawski, and beverage director Michael Avery, explored recipes and cocktails from the world’s tropical regions, including Hawaii and Southeast Asia. 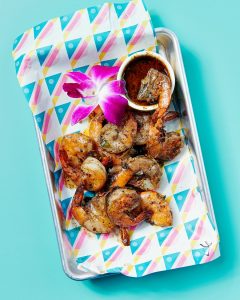 But the restaurant’s main focus is in its name: shrimp.

Using an order card, patrons can order unlimited quantities of different types of shrimp — coconut, garlic, jerk and habanero flavored — by the half pound.

Several of the dishes can be paired with cocktails, beer and wine options at Island Shrimp. These include passion fruit, mango or blue Hawaiian pina coladas. Its own ISCO Hurricane includes light rum, Barbados Rum, house-made hurricane mix, bitters and a dash of grenadine. 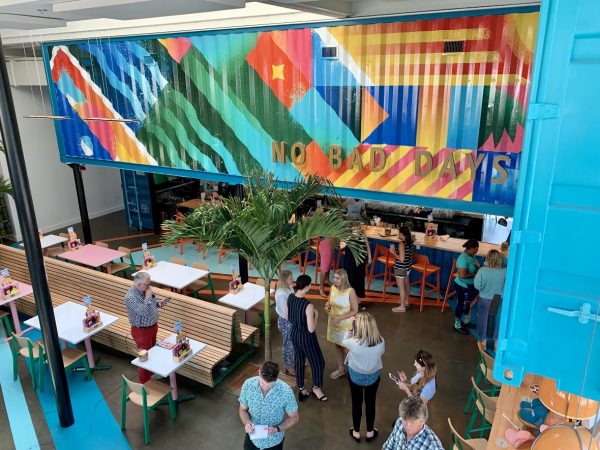 To make patrons feel more like they are in the tropics instead of the inner-ring suburbs of Richmond, diners can upgrade their drinks to “Island Style” for $7, with their cocktail served in a coconut or pineapple.

“It’s just a fun way for people to enjoy themselves,” Paige said. “We just want people to have a good time.” 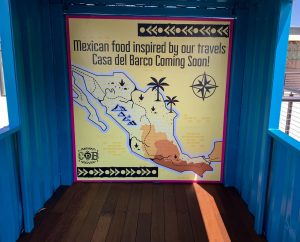 The “Aloha Bridge” will connect to neighboring Casa del Barco in mid-October, allowing patrons of both restaurants to cross over and menu share.

Island Shrimp Co. seats about 270 people, Paige said. The restaurant has several seating areas that include a full rooftop bar and deck, and an “Aloha Bridge” that will connect Island Shrimp Co. to its Casa del Barco at the mall.

Chesterfield’s first Casa del Barco is under construction next door and looks to open in mid-October, about a month after Island Shrimp, Paige said. Both restaurants are near a Red Robin, and all three face Huguenot.

“People will be able to come here, cross over the Aloha Bridge and grab a drink from Casa del Barco to bring back here,” Paige said. “If someone wants a margarita, they can cross the bridge to the other restaurant to get it.”

Island Shrimp Co. was designed by Richmond-based Walter Parks Architects and will employ about 125 people.

The restaurant will be open for lunch, dinner and brunch. Weekday lunch is set to launch Sept. 23. Brunch will kick off around Sept. 28. 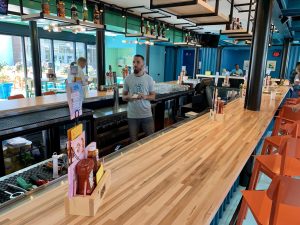 Island Shrimp Co. will have a variety of cocktails that can be served in a coconut or pineapple.

Paige said the HOUSEpitality Family has been approached by other landlords about expanding the Island Shrimp Co. concept to other markets, but said the group is going to maintain its focus on its Chesterfield location for now.

But she did say the company has another restaurant concept is in the works.

Island Shrimp will do well. Casa Del Barco i didnt care for them at Shorpump town center. I went once and haven’t gone back because the menu is very limited. I will be a regular at island shrimp.

The design looks amazing. Who did it?

Borrowed from the UK? https://www.boxpark.co.uk/