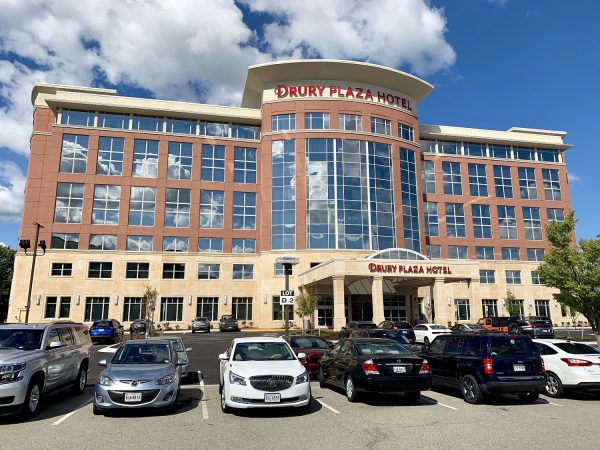 Twelve years after it first identified the site, a St. Louis-based hotelier has opened its first Virginia property in a Henrico County office complex.

Drury Hotels held a ribbon-cutting last week for its newest property at 11049 W. Broad St., next door to the SunTrust Center complex in the Innsbrook area.

Drury Plaza Hotel Richmond officially opened to the public Aug. 8, General Manager Brian Brown said. The eight-story, 217-room hotel comes over a decade after the company first expressed interest in the site, according to remarks from Mark Kohl, vice president of Drury Development. 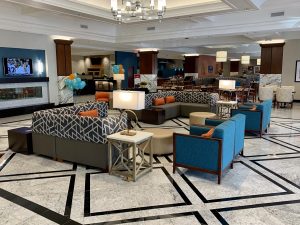 Drury Hotel features 217 rooms and a lobby area that includes a full bar and restaurant.

“We recognized many years ago that this area had the right mix of commercial, residential and civic components … to locate a Drury Plaza Hotel,” Kohl said. “When our company met with the owners of the site in 2007, we stayed after it, and fortunately, in 2017, were able to purchase the site.”

Drury purchased the 3.5-acre parcel for $5 million, according to county property records. The site was carved out of a surface parking lot that served the SunTrust Center.

The company would not disclose its construction cost. Construction started shortly after the company purchased the site. Drury Development handled it in-house.

The hotel employs about 55 full- and part-time workers. To help staff the property, Drury worked with Fostering Acadia, a nonprofit organization that helps find employment for young adults who have aged out of the state’s foster care system. Four workers at the hotel were staffed through the nonprofit. 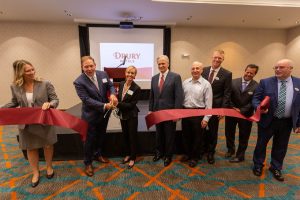 “We had an overwhelming response: about 650 applicants for 55 jobs,” Brown said. “There has been a great response from the public, with people in the area coming in to spend a night or view the property.”

Of the 217 rooms, Brown said 35 are suites. The property also includes an indoor swimming pool area, fitness room and 24-hour business center. More than 3,600 square feet of meeting space can be divided into smaller rooms depending on the event or conference.

Wi-Fi and breakfast are free for guests, Brown said. The hotel also includes its branded Kitchen + Bar restaurant, which is open to the public for dinner service from 5 p.m. to midnight Monday through Saturday, and from 5 to 11 p.m. on Sunday.

It’s also great to see more Insulated Concrete Forms (ICF) construction coming into the Richmond commercial segment. The Drury Plaza follows on the heels of the Westhampton on Grove development and there are more in the works. ICF is a type of concrete structural system that results in a super energy efficient, very quiet, and cost effective building.