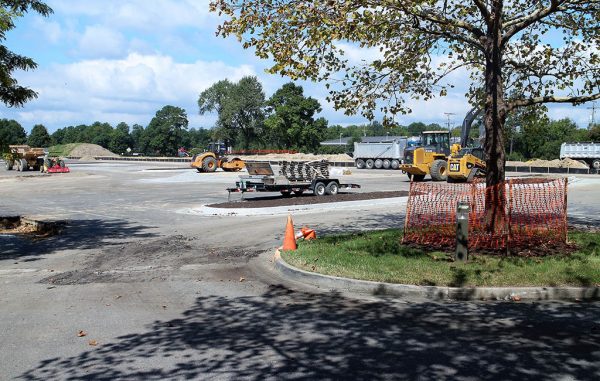 Adding to a growing collection of hotels in western Henrico County, a new player to the region is doubling down on its metro Richmond investment.

An entity tied to Drury Hotels has closed on the purchase of a 3.5-acre site at 11049 W. Broad St., where the St. Louis-based chain plans to construct an eight-story, 217-room Drury Plaza Hotel.

The company paid $5 million for the parcel, according to Henrico County property records. The county most recently assessed the property at $469,400.

The parcel was carved out of a surface parking lot that served the former WestMark Office Park, which was sold in February to Salt Lake City-based Bridge Investment Group for $45 million.

The hotel will add to the soon-to-be-renamed SunTrust Center complex that totals 416,000 square feet along West Broad Street, just east of the Interstate 64 interchange. The 32-acre property will add SunTrust to its tenant list when the banking giant takes over the 212,000-square-foot former Westmark I building this quarter.

Drury is one of several nationally branded hotels that dot the Innsbrook area, including the nearby Hilton Garden Inn, Hyatt Place and Extended Stay America. Farther west, Chester-based Shamin Hotel Group is planning the region’s first Home2 Suites by Hilton in the Towne Center West development in Short Pump.

Meanwhile, a local development firm is buying into the area around the former WestMark complex.

A business entity tied to Richmond-based Devon Commercial Real Estate purchased a 5.4-acre wooded tract along I-64, southeast of the complex and adjacent to the Colonnades West Shopping Center.

The land sold last week for nearly $1.7 million, according to county property records. It most recently was assessed for $957,400.

No plans had been filed as of Friday for the parcel, which is zoned for commercial office development. Calls to Devon were not returned.

The parcel was owned by an entity tied to Boston-based New Boston Real Estate Investment Funds – the same company that sold off the 32-acre WestMark property to Bridge Investment Group earlier this year.

The site has been eyed for development for more than decade. According to county records, the parcel was approved in April 2007 for a 100,000-square-foot office building called WestMark IV, but the development never materialized.