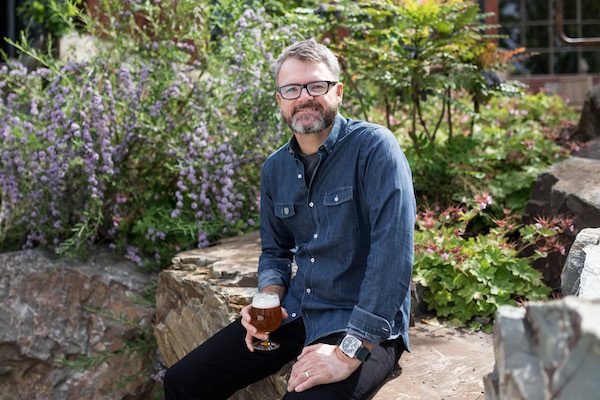 Five years ago, then-Mayor Dwight Jones called a press conference and announced that the city had struck a deal.

Stone Brewing, the country’s ninth-biggest craft brewery by sales volume, according to the national craft-beer trade association, would be putting a $74 million production facility in Richmond.

The San Diego-based brewery was courted by nearly a dozen East Coast cities with different incentives, but Richmond’s offer of $31 million in bonds for a brewery-and-bistro concept won out. The state kicked in another $5 million to help sweeten the deal.

In exchange for the funding, Stone agreed to build its facility in Fulton and promised to hit certain performance metrics regarding job creation, tax revenue and volume of beer sold. 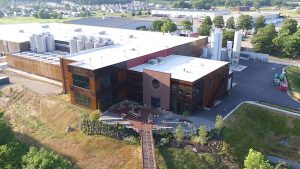 Matchmaking between Virginia cities and West Coast breweries would continue in the wake of the deal.

However, all three have faced tough sledding in Virginia: Green Flash abruptly closed last year, and Ballast Point closed its taproom and restaurant this month, though it is keeping its production facility running. Deschutes was initially slated to build a production brewery in Roanoke in addition to a taproom, but those plans are now unclear.

Meanwhile, Stone is hitting all the benchmarks required in the performance agreement, according to both Stone and city officials. Stone is brewing over 100,000 barrels of beer in Richmond annually, which then gets packaged and shipped across the country as far west as Colorado.

The biggest hiccup Stone has hit in Richmond regards its plans for its World Bistro & Gardens, a restaurant component that initially was slated to be built at the former Intermediate Terminal building at 3101 E. Main St. 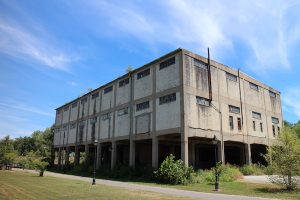 The fate of Intermediate Terminal on East Main Street is unclear as Stone and the city weigh their options for a bistro.

When it was found that the old building was more decrepit than initially thought, the city and Stone turned to City Council to ask permission to raze it, but council never brought it to a vote.

Stone CEO Dominic Engels, in town last week for the brewery’s third annual Stone’s Throw Down In RVA festival on Brown’s Island, took some time to sit down with BizSense to talk about the ebbs and flows of the craft beer market, how Stone Richmond is doing, growing pressure from the hard seltzer craze, and more. The following is an edited transcript:

Richmond BizSense: Where do things stand with the Richmond bistro?

Dominic Engels: We’re still working on trying to figure out how we’re going to design something that suits the concept we originally committed to. I think we have timelines and milestones that we’ve met along the way and we’re continuing to do that. We continue to have optimism that we’ll find a way. We’re in the design process right now, and there’s been meetings with the city.

RBS: What are some of the ideas that are being thrown out there when it comes to alternative locations or plans for the bistro?

DE: I can’t say, but I will just say it’s an incredible piece of property, it will be developed, and it will be amazing for the city of Richmond. I know it. We’re all staring at an uncut diamond basically (and) Stone will be part of it for sure.

Everything’s coming along. Maybe it’s the luxury of not living here, but I get to kind of see it in a more progressive, natural way, but if you live here and read every bit of news, I can see how it can be viewed as a lot more choppy. But from where I sit, I feel like we’re doing the things we need to do to make it happen.

The discovery around the integrity of the (Intermediate Terminal) building sucked. It sucked for us, it sucked for everybody. We’re north of $700,000 of our money invested in this. We’re not just going to walk away from that. 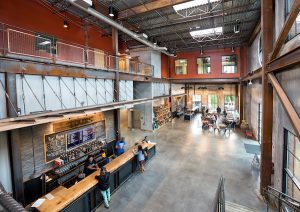 The Williamsburg Road facility features a small tap room, but is primarily built for production.

RBS: What are some things you’ve learned or have changed about the craft beer market since expanding to the East Coast?

DE: Topline growth in the category is kind of stalling a little bit. It’s slowed down.

When this was conceived in 2014 and even broke ground in 2016, craft was on a different trajectory, and it’s flattened out. It’ll probably go up again at some point, because we’re kind of a long runner here; we’re obviously wedded with the city and everything.

RBS: There’s been some other West Coast breweries that have come to the East Coast, and Virginia in particular, and haven’t done so well. What does Stone do differently that’s allowed you staying power? 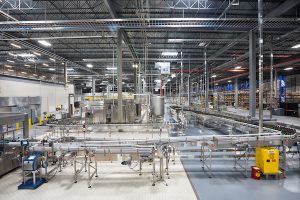 Stone beer brewed in Richmond is distributed all over the country.

DE: I think one thing that separates Stone from others is Stone has a real brand, not just a brand name. I say that a lot, not just because it’s a cute phrase but because it’s true. Our brand has an emotional connection with fans. I’m not sure that’s always the case (with others).

These other breweries may sponsor a fun run, or do things for the environment and do nice things, but I think there’s kind of a deeper connectivity in the philosophy we have. This brand that (Stone founders) Greg Koch and Steve Wagner built, they spent time with beer fans 20 years ago in Manhattan, in New Jersey, Florida, you name it, and really built something that isn’t just going to fall away.

Other breweries that have come to Virginia, I’m not sure have the same brand strength. And so just because it’s got a cute label, and is local, and sponsored a fun run, doesn’t really translate into stickiness.

If you think about growth being water in a lake, as you drain the water in the lake, you can see the uneven bottom. For some people, it just gets too shallow and gets rocky.

RBS: You mean when the growth slows a little bit?

DE: Yeah, yeah, so I mean, it’s just inevitable. I can tell you right now, from our perspective, our biggest volume state outside of California is Virginia. When I started with Stone (in 2016), the answer would be expected to be Colorado, Texas or Arizona. Relatively speaking, (craft beer is) a small category in Virginia and it’s our second-largest market. It’s wild. I think that’s because of the brewery and the connectivity we’ve created here. We’ve got to stay on top of that.

RBS: Do you think consumers’ tastes will change in the future? Will IPA always be so popular?

Speaking more broadly, this summer’s been about hard seltzer. It’s kind of fascinating. At the beginning it was cool and interesting, and by the middle of the summer… it’s being lampooned. It’s everywhere and it’s nothing — there’s no brand at all.

So we’ve gotten a lot of pressure from that. Other pressures have been the craze of keto with sugar being vilified and carbs being vilified. Keto was a huge thing. I don’t know where it’ll end up. 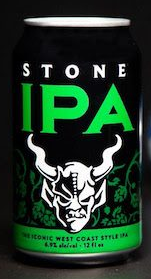 These things pressure beer, no doubt. It’s important to know who you are during these times and what you’re good at and stick to your guns a little bit — not put your head in the sand, but be authentic.

Because there are definitely a lot of breweries today that are making hard seltzers, making low-calorie beers, exploring how beer can participate in a low-calorie active diet or lifestyle.

Some of it is real and some of it does represent volume, and some if it is a lot of talk. And you have to let those things play out.

For Stone, we’re not going to make a hard seltzer (laughs). It’s not authentic … Craft beer at Stone is our brewers interacting with the world, being impacted by trends of course, but bringing beers to the executive beer committee and we figure out what we’re going to do.

RBS: Are there any Stone beers that are more popular here in Richmond than anywhere else?

DE: There are definitely regional tastes for sure. I’d say the beer we started here and birthed here on the East Coast, Fear.Movie.Lions (an unfiltered, 8.5 percent ABV double IPA), it’s our highest-velocity (meaning units sold per store, per week) nationally now. So that beer has gotten a lot of traction here.

On the flip side, we’re our own distributor in Southern California, so we have the ability to put more beers into the market, so an average shelf in San Diego might have 14 items from Stone. It’s a lot different from Virginia, which might have two. So we get to play a lot more there.

RBS: What are your days like as CEO of Stone?

DE: When you think about the business system — marketing, sales, finance, HR, all the different components of an operation — my job is to be like a watering can and make sure all those individual potted plants are watered and cared for. That’s kind of most of my day job and I have a team that helps make that happen. I also spend a good amount of time kind of periscoping up and around, making sure Stone is connected in a business sense with the rest of the craft world.

RBS: Are there any Richmond breweries you like to hit up when you’re in town?

DE: I really like to drink Triple Crossing in my time here, so I’ll find that. I like the beers that Ardent makes. I haven’t had any New Realm yet; I know that’s not local to Richmond, but it is local to Virginia (New Realm Brewing Co. is based in Virginia Beach). Their brewer used to be our brewer for 10 years, so I’m keen to find them. I also follow what The Veil does. I think they’re kind of a unique operation and I like that aesthetic.

RBS: Looking ahead 10 years from now, where do you reckon the craft beer market in America will be?

DE: I truly believe that the craft beer category will be as much as 50 percent larger than it is today. That’s my optimism coming through.

I think that it’ll grow in fits and starts, and there might be another Zima or a hard seltzer coming at us, but I think quality will reign supreme, and the consumer can taste quality and recognizes artisanal versus macro-industrial.

If you’re sitting at Budweiser and you’re watching the polar ice cap that is Bud Light melt, and it will continue to melt away. It’s a brand that’ll continue to contract, and craft is a better idea.