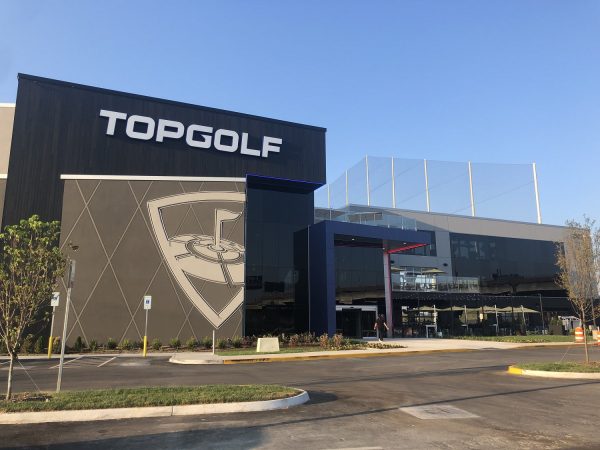 The high-tech driving range war has officially begun in Richmond.

The $25 million, 55,000-square-foot facility debuted less than two weeks after Topgolf competitor Drive Shack opened a similar facility at the opposite end of town – in Goochland County just west of Short Pump. 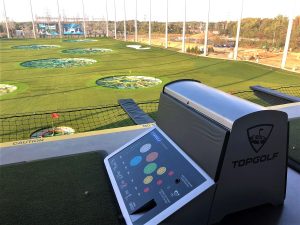 Richmond is now sort of a testing ground to prove whether the two can coexist in certain size markets, as it is the country’s only market where both companies have locations.

Both facilities, which are geared as much to entertainment as to golf, offer three levels of stacked climate-controlled hitting bays overlooking sprawling ranges with large, colorful targets. They each house full restaurants, multiple bars and rooftop decks.

Topgolf’s range has Interstate 195 running parallel to it. Drive Shack, which sits at 1647 Four Rings Drive, abuts Route 288. Each hired upwards of 400 workers for their locations.

Topgolf is the forerunner of this type of driving range/entertainment venue, having opened dozens worldwide since its founding in 2000. Richmond is the Dallas-based Topgolf’s 57th location and its third location to feature an adjacent mini-golf course, which is still under construction at the Westwood site. 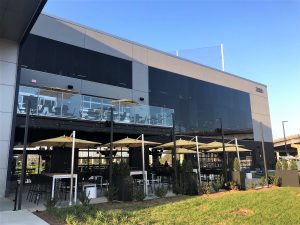 Drive Shack, a publicly traded company based in New York that also owns golf courses around the country, added the concept to its portfolio around two years ago and since has opened two other locations in Raleigh and Orlando.

Its $25 million, 65,000-square-foot Goochland venue opened Sept. 20. The facility sits on 13 acres, which Drive Shack leases from the Pruitt family.

Topgolf purchased its land for $5.7 million, before selling it for that same amount to Stonemont Financial Group, a real estate investment firm that specializes in sale-leaseback deals.

I’d say they both have an easy, equal shot of surviving. People will not want to travel far if they have the same entertainment at their back door — City people will not want to drive to almost Goochland and Far West- Enders will not want to come all the way into the City — assuming they are as similar as it sounds and especially if folks are drinking while ‘driving’ (ugh, couldn’t resist the pun!).

Agreed. Drive Shack will also be easily accessible from Chesterfield via 288.

And all of shortpump. If I lived off 295 and Nuckols along with half of Richmond. I’d always drive to drive shack as opposed to top golf for hassle of traffic and parking But top golf is great for fan/VCU and near west end crowd. I think both places will do well and serve different markets I already have one vendor wanting to take my whole team to top golf. Everyone hates golfing and spending 5 hours playing something they don’t like, but all are super excited to go drink, sit as a group and drive golf balls at targets… Read more »