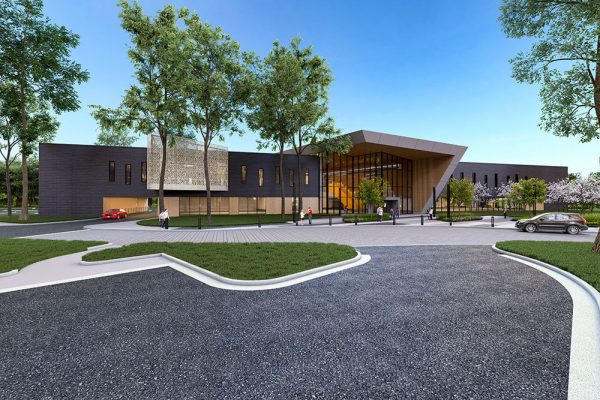 An aerial rendering of the proposed new arena. (Courtesy navyhillrva.com)

The Richmond Planning Commission meets Monday at 1:30 p.m. Business on the consent agenda includes a rezoning request related to the proposed Navy Hill development. The request relates to applications filed in July to rezone 17 properties that make up the project area. Full meeting agenda here.

The Planning Commission has scheduled a public hearing on the Navy Hill project for Oct. 16 at 3 p.m. Agenda here.

Richmond City Council’s Navy Hill Development Advisory Commission has scheduled six working meetings, the first of which was held Saturday. The meetings are open to the public and comments are invited.

The commission – tasked with reviewing the $1.5 billion proposal to redevelop the Coliseum and adjacent area – will also hold four public hearings in different locations in the city. The hearings are anticipated to be held in December, with dates, times and locations to be announced.

The commission working meetings will be held Saturdays from 9 a.m. to noon. The schedule is as follows: Oct. 5 and 19 at Richmond Police Training Academy,
1202 W. Graham Road; Nov. 2 at a location to be announced; Nov. 16 at
Southside Community Service Center, 4100 Hull Street Road; and Nov. 30 and Dec. 14, locations to be announced. 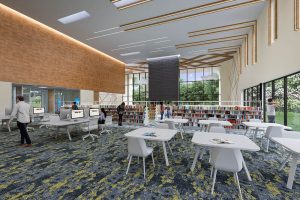 The new Fairfield Area Library opened Sunday with an event that included tours and remarks by Henrico County officials. Located at 1401 N. Laburnum Ave., the two-story, 44,800-square-foot facility is nearly twice as large as its predecessor, which opened in 1976.

The new library features about 54,000 books and other volumes, 100 public computers, a 96-person meeting room, a classroom, smaller conference and study rooms, a digital media lab, a recording studio, dedicated areas for children and teens, and a drive-up service window.

The $29 million project was funded through the 2016 bond referendum. It was designed by BCWH (now Quinn Evans Architects) and Boston-based Tappé Architects and constructed by Gulf Seaboard Construction.