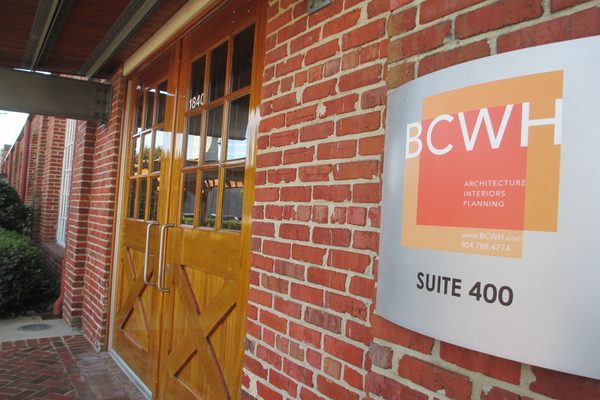 After collaborating on several projects for VCU, an established local architecture firm behind a number of high-profile buildings in Richmond has opted to join forces with a D.C.-based peer.

BCWH, the local firm that’s had a hand in designing such buildings as the Institute for Contemporary Art at VCU and a new culinary school under construction in the East End, has been sold to Quinn Evans Architects, a Washington, D.C.-based company with offices in Maryland, Michigan and Wisconsin.

The acquisition, which closed Oct. 31, gives Quinn Evans an additional foothold in Richmond, where BCWH’s office at 1840 W. Broad St. will serve as Quinn Evans’ sixth outpost. BCWH will operate under the Quinn Evans flag following the deal, terms of which were not disclosed.

While already active locally on projects for VCU and area K-12 school systems, as well as the state’s renovation of the Old City Hall building into government offices, Quinn Evans President Larry Barr said the firm had been looking to increase its local workload when discussions with BCWH began in recent years.

“For every 10 (projects) we pursued, we got one,” Barr said. “And in most instances, we had to have a partner, which we were fine with. But it was a heavier slog than closer to home.”

With BCWH serving as that partner on several VCU projects, including a cultural landscape master plan and an adaptive use study for West Hospital on the university’s MCV campus, Barr said conversations between the two naturally turned toward joining, which he said would help in competing for projects.

“There seemed like a nice overlap in what each of the firms were interested in and what the values were, so from that standpoint, it was a pretty easy conversation to have, joining forces,” Barr said.

Both firms have a focus on educational and institutional work, with BCWH’s client list through the years including University of Richmond, William & Mary, Randolph-Macon, Roanoke College and Shenandoah University, as well as public school systems for Chesterfield, Hanover, Henrico and Powhatan counties and the City of Richmond.

Barr said that experience would aid Quinn Evans’ own efforts in higher ed and K-12 projects, on top of the firm’s other focus areas that include urban revitalization and historic preservation.

“The education expertise and experience that the BCWH guys have is something that is easily exportable for us to supplement some strengths that we have in our other offices,” Barr said. “It really is a two-way street: we’re getting geography and opportunity, and then we’re getting some expertise and talent to be able to utilize in Washington and Baltimore.”

Founded in 1986, BCWH has grown to 34 employees, whose addition to Quinn Evans will take the company’s total staff count to over 170. BCWH principal Charles Piper will lead the Richmond office, which is housed in the redeveloped Atlantic Motors Building, across Hermitage Road from the C.F. Sauer Co. complex.

Piper said Quinn Evans was at the top of BCWH’s list as it considered its options with several different suitors.

“We determined a couple years ago we needed to seek out more capability and a broader geography, and Quinn Evans was our first choice,” Piper said. “We talked to a lot of different firms, and they’re the ones we most wanted and we’re just so grateful it worked out. 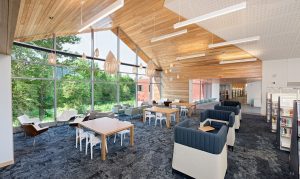 The firm collaborated on the ICA building with New York-based Steven Holl Architects and O’Neill McVoy Architects, the latter of whom it is also working with on the culinary school for Reynolds Community College at the under-construction Church Hill North Retail Center.

The company’s projects include a modernization of the National Air and Space Museum and renovation of the Lincoln Memorial in D.C., upgrades to the Cincinnati Art Museum in Ohio, and a restoration of the Wurlitzer Building in Detroit. The firm is slated to serve as associate architect on a redevelopment of Amtrak’s Baltimore Penn Station in Maryland.

BCWH joins other local architecture firms that have gone the M&A route in recent years. About this time last year, Scott’s Addition-based Moseley Architects expanded to Baltimore with its acquisition of Marks Thomas, while Commonwealth Architects picked up Henrico-based Architects Dayton Thompson & Associates.

Note: This story has been updated to include comments from Charles Piper received after publication.