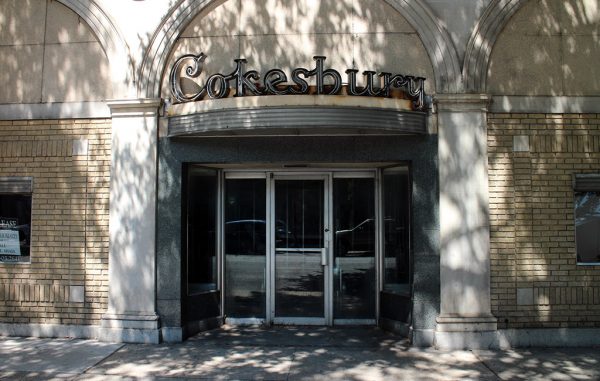 RRMM Architects signed a lease on the ground floor of the Cokesbury building at 415 E. Grace St.(Jonathan Spiers)

An architecture firm with a local office in Mechanicsville is moving its Richmond operations downtown.

Chesapeake-based RRMM Architects has signed a five-year lease for space on the ground floor of the Cokesbury building at 415 E. Grace St.

Courtney Neston, director of business development, said the move will provide a more central location and more room than its 1,400-square-foot space at 9097 Atlee Station Road, where it opened a satellite office four years ago.

“We wanted to be in the city of Richmond, and we love the idea of revitalizing that area,” she said. “We were looking for an older space with some unique character in it. It’s got the original hardwood floors and really tall ceilings. We just wanted to have a space to make our own.”

Neston said the location will help recruit talent, eventually adding to its local staff of five. A sixth employee from Chesapeake will join the local team at the new location, Neston said.

“To be within the city limits was important,” she said. “And it’s very close to (Interstate) 64. We’re headquartered in Chesapeake, so we need to be back and forth.”

Neston said the firm, which provides architecture, master planning and interior design services primarily for schools and public buildings, has a contract as an approved firm with Richmond Public Schools. It hasn’t yet done work for the school system, but Neston said the firm has been busy in the market, having worked on four schools in Chesterfield County, two in Henrico, and other school and municipal work in Hanover and New Kent.

RRMM worked with Fred Plaisted of Commonwealth Commercial to find the space. It signed its lease, which includes two five-year options, with Fred Shaia of 5th & Grace Associates LLC, which owns the Cokesbury building. 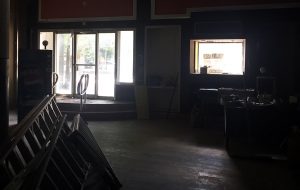 Demolition starts this week to kick off renovations. (RRMM Architects)

Neston said the space has been vacant since the 1990s. She said demolition starts this week on renovations, with the firm’s RRMM Design-Build serving as general contractor.

Like Pop’s next door, the façade features large arches filled in with brick walls that Neston said will be replaced with glass. She said the firm was able to obtain original 1921 drawings for the building from the landlord. The metal “Cokesbury” sign above the door will remain, and Neston said the company is considering whether to fix its neon lighting.

Neston would not disclose the project’s expected cost. She said the firm expects to move in next year.

Doing business in Virginia, Maryland and Washington, D.C., RRMM also has offices in Arlington, Roanoke and Rockville, Maryland, in addition to its headquarters in Chesapeake. The Arlington location resulted from an acquisition last year of an architecture firm there, Lukmire Partnership. Next year will mark RRMM’s 30th year in business.