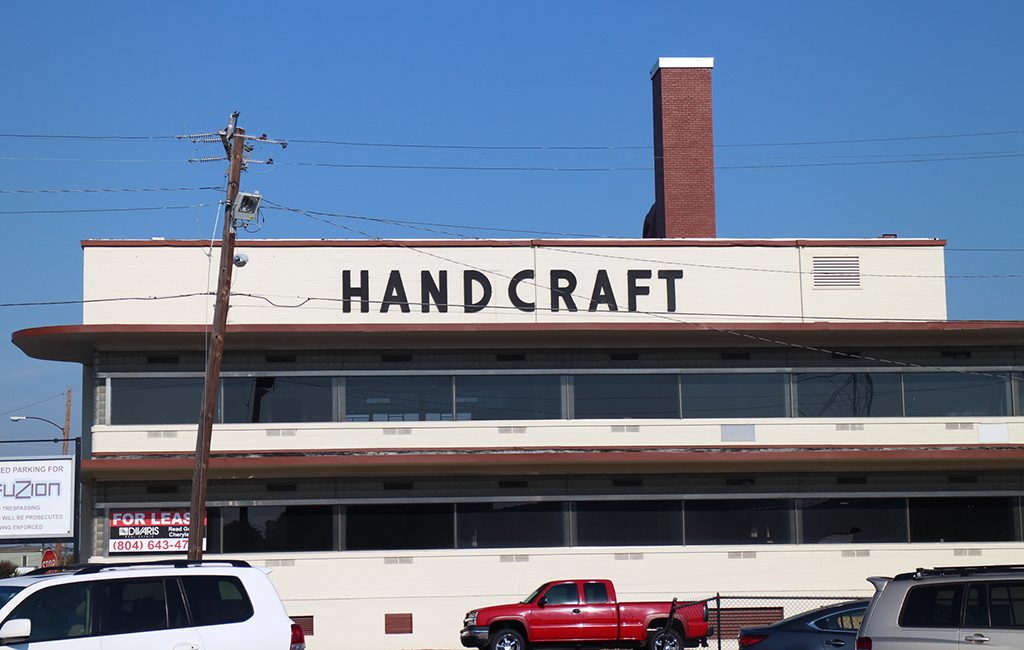 The architects tasked with helping design the reinvention of one of Scott’s Addition’s most recognizable buildings have carved out a spot for themselves in the project.

510 Architects recently signed on as the latest tenant at the HandCraft building – the 87,000-square-foot, former industrial cleaning facility at 1501 Roseneath Road that’s being repurposed for new commercial tenants.

The firm, which is handling design work on parts of the redevelopment, will take 2,300 square feet along the building’s Mactavish Avenue-facing side and should move in early next year.

The pending move is an unexpected change of plans for 510, run by husband-and-wife Virginia Tech graduates Heather Grutzius and John White.

The five-person firm had been on the hunt for new offices elsewhere in Scott’s Addition as an upgrade to their current home in a coworking setup at 3121 W. Marshall St., but hadn’t been considering the HandCraft building.

“We always thought HandCraft was too large for us,” White said.

Most of the other tenants that have signed on in recent months are taking much larger blocks of space. Vasen Brewing has around 17,000 square feet, electric car charging startup Evatran has about 21,000 square feet and consulting firm Fahrenheit Group has 6,500 square feet.

But when a deal up the street fell through and layout in the HandCraft space changed in their favor, White said they jumped on it.

“It carved out this little space,” he said. “It kind of fell in our lap.”

Grutzius and White started their firm in 2008, at the time running it simultaneously with their 510 Fabricators company making furniture and other items. They eventually decided to focus full-time on architecture, building a portfolio that includes commercial and residential work.

“I think we’re a product of the economy,” White said. “(He and Grutzius) had commercial and residential backgrounds. When the economy wasn’t so great we kind of jumped back and forth.”

Work on the HandCraft building is keeping them busy as they design varying blocks of space based on tenant interest. Fahrenheit, for example, is office space. Vasen requires a mix of industrial space for brewing and hospitality space for a tasting room. Evatran needs offices and manufacturing space, and others are likely on the way.

Read Goode, a Divaris broker enlisted by HandCraft owners Jay, Keith and Jeff Nichols to fill the building, said several deals are in the works for the remaining spaces, including the second and third floors.

510 isn’t the only architects winning work at the HandCraft building. SMBW was the interior designer for Fahrenheit’s space and Baskervill designed Vasen’s space.

White said he knows people are watching to see what becomes of the building and its notable Art Deco design.

“It’s the coolest building in Richmond, I think,” he said. “Us being architects, we have a lot of others looking at us saying, ‘Don’t mess that building up.’”

Congrats to 510! The growth and recognition is well deserved