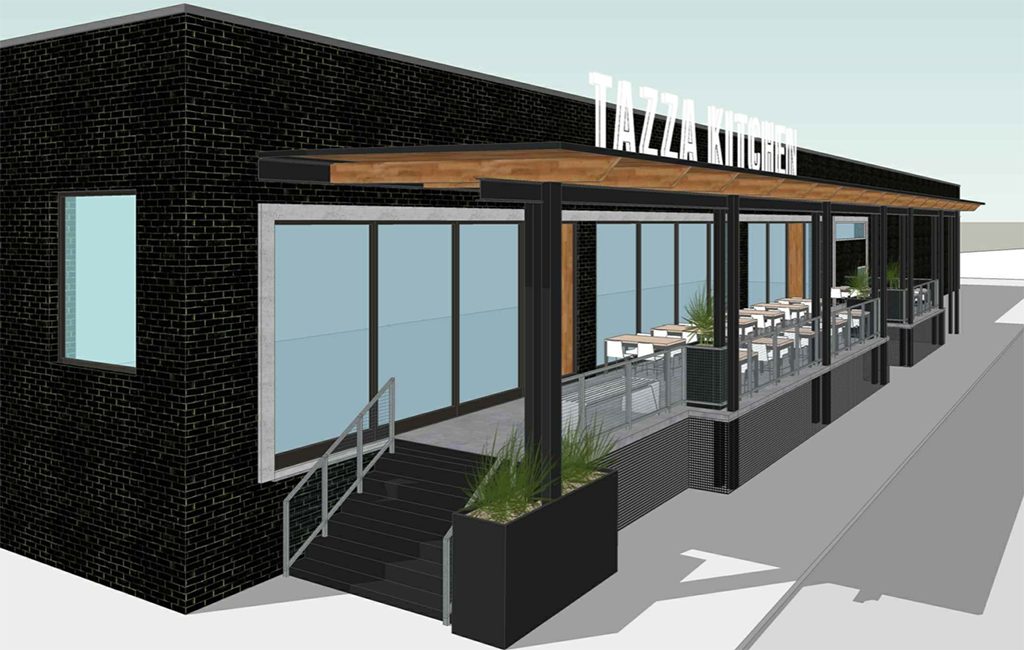 A preliminary rendering of the planned Tazza space in Scott’s Addition. (Courtesy Tazza)

Local restaurant brand Tazza Kitchen has preliminary plans to occupy about 3,800 square feet in the 106,000-square-foot building at 1500 Roseneath Road, confirmed John Haggai, one of the co-founders of the regional chain.

“The location most definitely fits our vibe,” Haggai said of Scott’s Addition. “Given what’s going on, we’d like to be down there.”

Haggai emphasized the plans are “very preliminary,” and are contingent upon city council’s approval – a measure that may occur in January 2017.

Tazza’s plans for its portion of the property are detailed in an application it filed in September with the city’s Urban Design Committee for an outdoor dining patio fronting Roseneath Road.  The restaurant has enlisted Richmond-based 510 Architects to help with that design, according to the documents on file with the city. 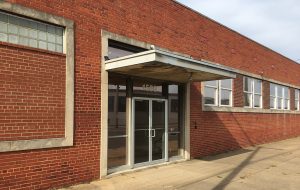 Since the proposed patio would encroach on the city’s sidewalk, Tazza Kitchen must submit its plans for how it plans to mitigate any loss of space to the sidewalk, along with its construction plans for the patio.

Members of the Urban Design Committee unanimously recommend approval for Tazza Kitchen’s encroachment request on Oct. 6. The board’s design recommendation will be introduced to the city council in December, and later voted on in January, Haggai said.

Birthed in Richmond in 2013, Tazza Kitchen has steadily been eyeing growth in up-and-coming dining markets.

The restaurant, a partnership between Haggai, John Davenport and Jeff Grant, now operates six locations across Virginia and North and South Carolina, including in Midlothian and Short Pump.

Known for its salads, pizza and taco dishes, Tazza Kitchen may be joining a wave of new businesses seeking to tap into Scott’s Addition’s buying power for beer and food options.

ZZQ, a barbecue venture run by local architects Chris Fultz and Alex Graf, has plans in the works for a new restaurant to be constructed from scratch at 3201 W. Moore St. in Scott’s Addition.

Across from 1500 Roseneath in the HandCraft Building, Väsen Brewing Co. is getting closer to opening into 17,000 square feet of space at 3331 W. Moore St.